5 Things that Cannot Be Missed in Sapporo, Japan 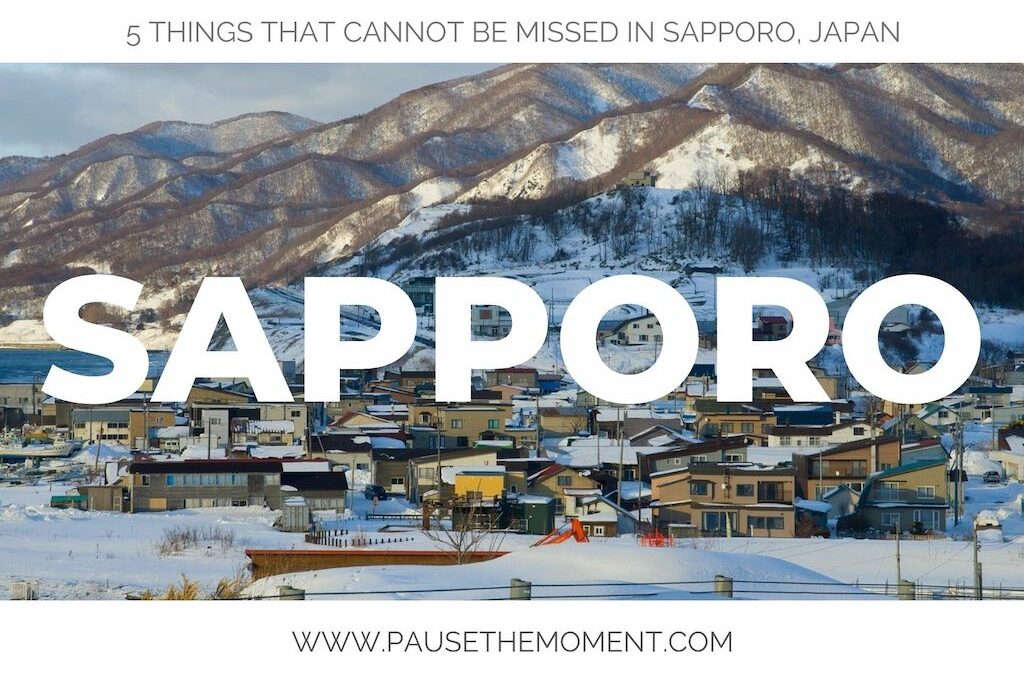 Ranked as the fifth-largest city in Japan, Sapporo is a designated destination for visitors seeking to explore both the modern and traditional Japanese side of life.

It lies on the northern Japanese island of Hokkaido and serves as the capital city of Hokkaido Prefecture.

Sapporo is a political, cultural, and economic center of Hokkaido, adding to the list as to why it is among the most exciting cities in Japan.

Despite having a population of close to 2 million people, there are still many places that you can always hang out and enjoy alone or with your loved ones as the city is dotted with lots of parks.

More so, you can explore the surrounding countryside, where you can enjoy the exquisite view of the mountains holding refuge to the rather quaint traditional Japanese temples.

Sapporo can be easily accessed via air as it is served by two airports, Okadama Airport offering regional flights within Hokkaido, and a larger international airport, New Chitose Airport.

The city is also interconnected by rapid trains, further easing the access.

Suppose you are looking to connect Hong Kong to Sapporo.

Below is a list of 5 things that cannot be missed in Sapporo, Japan.

Each year, about two million tourists from around the world head over to the annual Sapporo snow festival.

The international snow sculpture contest, held at the Odori Park site since 1974, showcases hundreds of ice sculptures and snow statues from the participating teams from different regions of the world.

The types of statues and sculptures vary, often featuring famous buildings, persons, or an event.

In addition to the sculptures and statues, several stages are constructed out of ice from which events such as musical performances are held.

Tourists also get a chance to enjoy ice slides and explore the enormous maze made out of snow at the Satoland site, further adding to the snow festival’s excitement and fun.

To sum up the event, visitors can choose to explore and enjoy the variety of local foods from Hokkaido right from the Odori Park and Satoland sites.

The festival takes place in February and runs for seven days.

The main sites of the festival are Odori Park, Tsudome, and Susukino.

Still trying to figure out why the Sapporo Beer museum might be so unique?

It happens to be the only beer museum in Japan, and for this reason, it was registered as one of the Hokkaido heritage sites.

Besides being a heritage landmark, Sapporo Beer Museum showcases the city’s famous beverages marking it as one of Sapporo’s main attractions.

The museum offers a guided tour through its three floors, where visitors learn how the beer is made and how it started.

You will view other exhibits during your tour: beer bottles, signs and posters, and instruments used for brewing beer –with some dating far back before World War II.

But perhaps the most exciting part of the tour for most visitors is that they get a chance to sample a wide variety of beer blends for themselves.

Entry is free for anyone, even for those below the legal drinking age in Japan, which is 20.

3. Sample the Seafood at the Curb Market (Jōgai Ichiba)

It is said that a trip to any new place is not marked complete until you’ve had a sample of the favorite local food, and Sapporo is no exception either!

Made of nearly 80 stores and restaurants lined up just outside Sapporo’s Central Wholesale Market, the Curb Market is categorized among the most extensive public markets in the city.

Listed in their top specialties is the Hokkaido seafood, including crab, salmon roe, sea urchin, squid, and scallop.

There’s also local produce such as corn, potatoes, and melons –which are seasonal.

The market caters to both locals and visitors alike.

However, unlike other Japanese cities (such as Tokyo), they offer their visitors a great selection of delicacies at relatively reasonable prices.

Similar to other Japanese seafood markets, they offer Donburi –consisting of seafood served with rice, and it is considered an excellent way to sample the local dishes.

4. Take a Tour around the Historical Village of Hokkaido

If you are a huge history fan, then you might be interested in seeing first-hand Japanese history unfolding and coming alive right in front of your eyes!

Located in Sapporo’s outskirts, this historic village has been made to look similar if not the same way it looked during the transition to ‘the Japanese frontier.’

Once in this historic village, visitors can walk through a town, a farm village, a fishing village, and a mountain village –all while enjoying the view of buildings, transportation, and roads, reportedly dating back to Meiji and Taisho eras.

To add to the list of the areas of interest is an indoor museum, which documents Hokkaido’s history from the earliest times to World War II, heading all the way to the present day!

If you are the hype and energy loving guy, the typical bar & karaoke one, Susukino might as well be your ideal getaway spot.

Once at the Ramen Alley, you can choose to enjoy Hokkaido’s signature flavored foods, including some of the best noodles served from a strip of tiny stalls.

If you love shopping, Susukino makes sure that there are no shopping fanatics left behind.

This spot is quite popular with young Sapporo fashionistas searching for some of the best vintage grabs, which surprisingly, come along with very reasonable price tags.

More so, they offer a plethora of tax-free shopping which makes the whole deal sound even better.