A Scary Day in the Sahara Desert 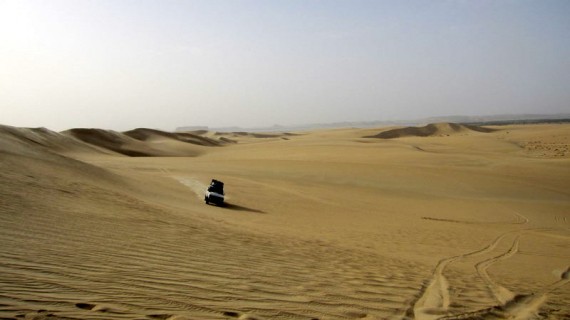 Our 4×4 tears off from our desert guides home. Were a group of nine; 5 in the first jeep, 4 in ours. A few miles from siwa and were entering the desert. Giant sand dunes surround our 1980 something Toyota land cruisers. There’s obviously no speed limit in the desert, our driver is making that quite apparent.

Five minutes into the desert and we’re climbing this huge dune. All of a sudden there’s a loud boom! The water pump explodes… 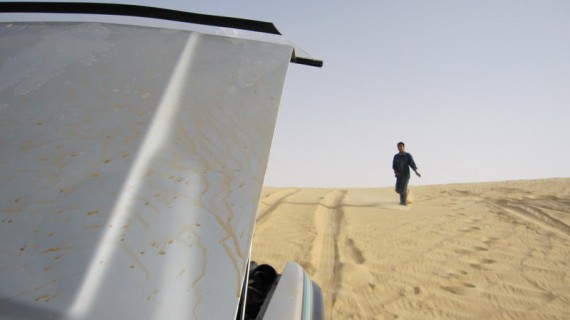 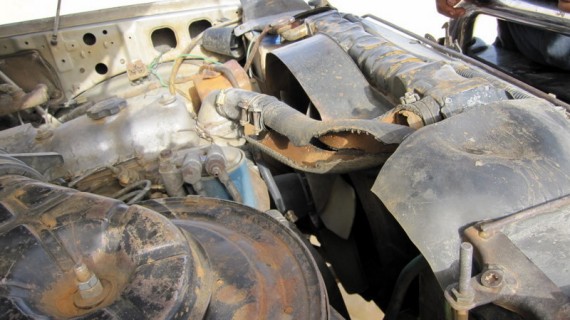 The second vehicle that we were following heads off to drop the others at the cold salt lake as we wait to be picked up. No worries, it’s only about 100, 105 degrees. 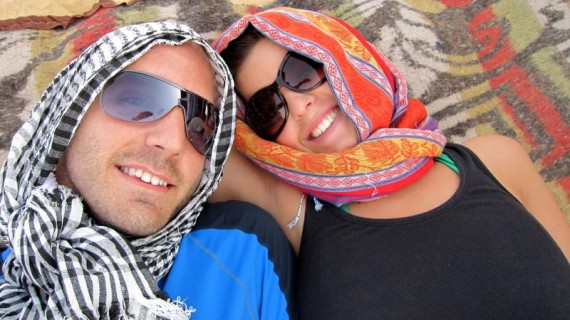 Twenty minutes later were picked up and taken to the salt lake. We’re hoping that this was just an unfortunate start to the trip and were really looking forward to setting up our camp, grilling some chicken and gathering around a fire in the middle of the Sahara. I mean really, how many people can say that they have camped under the stars in the Sahara desert?

It’s time to head to camp but we currently only have one vehicle for 9 people plus our driver. All of our bags are stowed in the back of the jeep. The camping gear, food, etc is tied down on the roof. Logically, we could just make two trips and leave half of our group at the lake for 20 minutes or so… OR we could try to fit as many people in the jeep as we can. Our guide claims that four people can sit on top of the vehicle as the camp isn’t far from here. Liz, Lindsay,Jackie and Martin all jump up on top. As I jump in the front seat Im trusting this guy with my girlfriend and friends on the top of the Vehicle. The last thing that I want to see is someone get hurt. 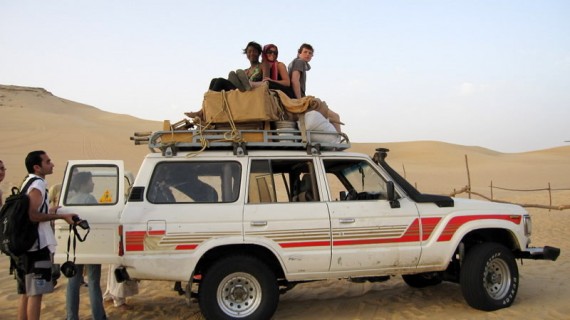 The driver throws the jeep in gear and were off! I’m starting to get a little worried that he has forgot that were carrying people on the roof. Were making tight turns and I can hear people screaming from above but I’m not sure if it’s out of excitement or the fact that they’re hanging on for their lives.

We head straight up a dune and as we go to head down people start flying off of the top of the jeep! The driver stops and I jump put to see Liz on her back just over the windshield barely holding on to a piece of camping gear. That’s enough I say, get down! The driver laughs and I’m not sure if he realizes that all of our gear is no longer toed down as tight as it was originally but hey he’s the professional, not me!

Liz and I share an over sized front passenger seat while Jackie and Lindsay decide that they will stay on top and off w go again ripping through the desert at break neck speeds. 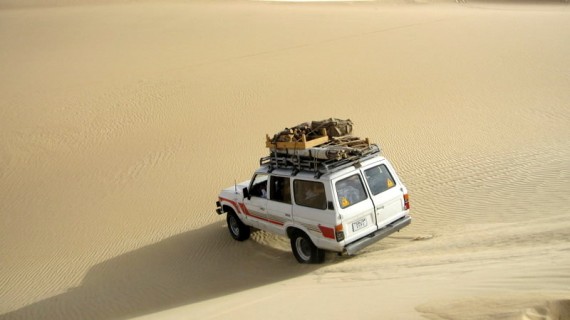 We head up the same dune that we lost two three people on previously and as were carving over the top I feel the jeep starting to get a litle top heavy. Before we know it we hear our driver yell one last word… “Shi*t!: It’s the last thing we want to hear from someone that were trusting with our lives… The jeep starts to tip and I grab on to Liz as it’s starts to flip over on to the drivers side. A split second later and were tossed around upside down fumbling around to get our bearings and escape the vehicle. Oil is pouring from the dashboard as were trying to make our escape. Luckily the windows open and I’m able to climb out first. I reach In for Liza hand hoping that she’s alright. I grab her hand and rip her out of the vehicle. The jeep is still filled with my friends and the oil is pouring like a waterfall inside. I reach in and give the driver a hand and he pulls the rest out. I’m in total shock. Luckily everyone escapes without injury and the people that were riding on to leaped off of the top just in time… 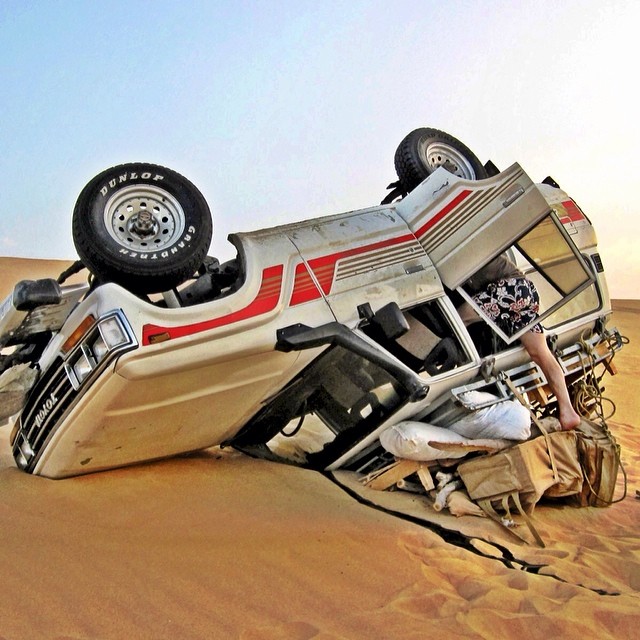 We try to gather our stuff from the vehicle before it’s covered in motor oil. I’m barefoot at this point so I reach. In and find one of my shoes is drenched in oil. Great! I’m happy to say that my shoe and a broken mobile phone of a friend of mine are the only losses for the day.

An hour and a half later two vehicles arrive to assist us in flipping the truck back over and to set up camp on the other side of the dune where we could’ve been killed.

The moonlight is illuminating our camp as we set up. A fire is started and our guide begins to cook dinner as we all chat about our near death experience. 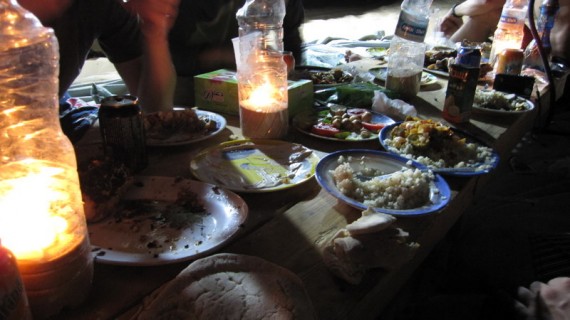 I’m still all bent out if shape as I think of what “could” have happened. Call me a worrier. To be honest the whole trip went downhill for me after the accident. We ate our dinner and I headed straight for my bed for the night. I stared into the trillions of stars above me thanking god for saving us and before i knew it i was sound asleep…

Check out our photos from Siwa Oasis!