There are so many travel blogs out there these days that it’s hard to keep track of the high quality ones. Especially if you’re currently on the road and trying to maintain your own! Believe me, I’ve experienced this problem first hand!

Considering there’s such an overload of travel blogs out there on the web, I decided that I would highlight 8 of my personal favorite Travel Blogs of 2011 on the web as of right now. I highly recommend that you follow the these travel blogs listed below, some of which will be the top travel blogs of 2011. 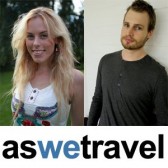 Nathan and Sofia are a young, globe-trotting couple that have been traveling the world since 2008 and sharing their top-notch travel tips and experiences along the way. These guys produce high quality content regularly and they rank at the top of my favorite travel blogs on the web at the moment.

Not to mention they’re a damn good looking couple too! Who else out there thinks these guys deserve to be named Sexiest Travel Couple of 2010? ;) 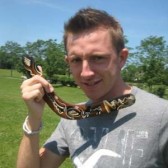 Brock not only produces some of the best travel videos on the web, but he’s also a good friend of mine. As I often like to mention, he’s one of the most underrated travel vloggers out there. Brock has just returned from a humongous Round the World trip that took him to 36 countries on 6 continents and believe it or not, he filmed every second of it!

Check out Brock’s latest Facebook status below for more details: 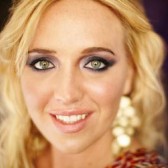 Andi well known in the travel blog world. If you haven’t heard about her yet, you’ve really been missing out! Andi shares her stories from the road and she’s consistently producing travel photography that looks as if it was just published in the latest National Geographic Magazine.

Shall we talk about Andi a bit more? Amazingly enough, Andi’s a Chinese Medicine Doctor, Travel Writer, Photographer and “soon to be” married, beautiful young woman who is exploring life and the world one beautiful adventure at a time… 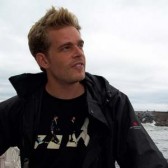 Stop Having a Boring Life

Rob and I had been reading each others blogs on and off in early 2010 and before we knew it we were living in the same apartment complex, on the same floor, three doors down from each other in Chiang Mai, Thailand. He’s a kick ass dude that travels the world trying to have as much fun as he can, while he can!

Stop Having a Boring Life is far from your typical travel blog. His writing style can be described as blunt, amusing, gritty, and sometimes even “over the line” but this is what sets it apart from the rest of the travel blogs out there. SHABL is about the journey of a guy (Rob) who resigned from his executive job, sold his home and liquidated his assets all in order to stop living a boring life.

Head on over to Rob’s blog and be sure to follow his advice; “Stop Having a Boring Life!” 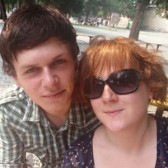 No Place To Be

Poi & Kirsty are a young couple in their early 20’s who are slowly but surely making their way around the world.They’ve been on the road for three months and they’ve been sharing their experiences, spending money, making mistakes, and having a ball as they make their way around Asia.

These guys offer up some great tips and advice that should not be missed. I expect a lot more great things to come from them in 2011. 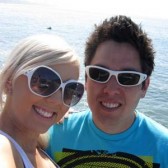 Don’t Ever Look Back

Amy & Kieron are a young couple hailing all the way from Melbourne, Victoria, Australia. After catching the travel bug back in 2007, they’ve been yearning to get back on the road.

In mid-2011, Amy & Kieron will start the next chapter of their lives by starting their travels in North America with no real set plans of where in the world they’ll end up. 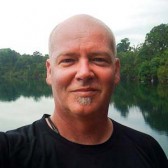 At this point Johnny Vagabond is almost a house hold name simply from his story-telling skills. Johnny seems to be able to author a thriller from his trip to the grocery store. His photography, and budget tips are my personal favorites. This guy seems to always get himself into the most interesting situations as well.

Wes’s website is very well designed and extremely easy to navigate which in my opinion makes it even easier to catch up with his latest stories from the road. Keep an eye out for Johnny in 2011, he’ll likely be serving up some of the best travel stories on the web. 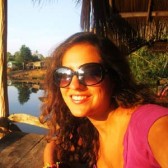 I was fortunate enough to meet Kate in person during my time spent in Chiang Mai, Thailand. Kate is an adventurous and courageous young woman that is currently making her way around South East Asia as a solo female traveler. I give her huge props for taking this big trip on by herself!

Kate’s site is ever so popular these days due to the quality of writing and the travel tips she produces. If you’re a female looking for some travel inspiration, look no further…

“I’ve been traveling alone for years, and I decided to build a site that would encourage women to do the same thing. Learning to travel alone has been one of the best decisions I ever made.” – Kate McCulley