The Cape Peninsula in Photos 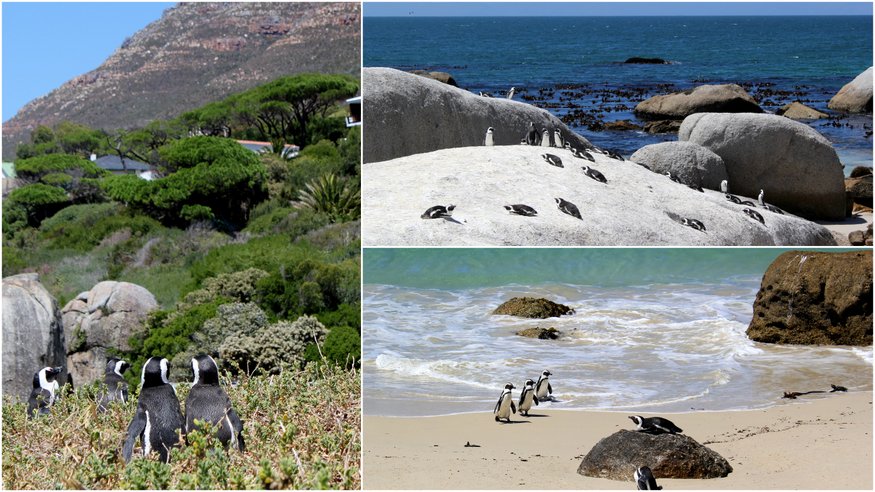 Don’t miss my latest post titled: Cruising Along the Coast of the Cape Peninsula

As we cruised along the coast of the Cape Peninsula, we were greeted with aqua blue waters smashing up against the jagged cliffs below.

As you can tell, some points of the Cape Peninsula are much higher than others. This photo above shows the road that we drove along the coast also known as Chapman’s Peak Drive.

Above, you’ll see the views from our stop off at a small road side rest area on Chapman’s Peak Drive.

Boulders Beach rocked to say the least. It was so interesting to see hundreds of penguins frolicking in the sparkling blue water and playing on the white sand beaches of the Cape Peninsula.

Although Boulders Beach has become quite the tourist attraction, the penguins of Boulder Beach are very well protected and looked after.

Believe it or not, the African penguin colony started off as two breeding couples back in 1982 and has now grown to over 3,000 penguins. That’s a lot of penguins!

Our last stop of the day on our Cape Peninsula tour was none other than Cape Point.