The Best of Costa Rica in Photos

As most of you know, I just returned from a 6-day stint in Costa Rica. It was my second time visiting the country and now, more than ever, Costa Rica has me yearning for more.

As you probably figured, I took a ton of photos during my recent trip to Costa Rica. Instead of unleashing them all on you at once, I’ve decided to put together a “Best of” with some of my favorite photos from the trip. 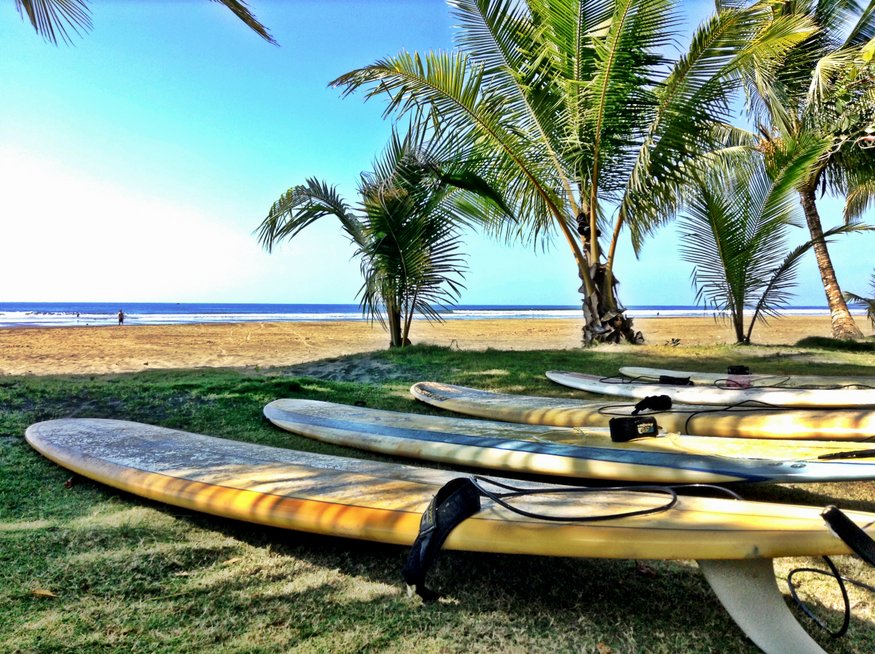 Surfing seems to be what life is all about for those living on the Pacific Coast of Costa Rica. Our first morning in Costa Rica was filled with thrills and spills as we attempted to get a handle on surfing. It’s far from easy, but it’s definitely something that most people can pick up after a one to two hour lesson. 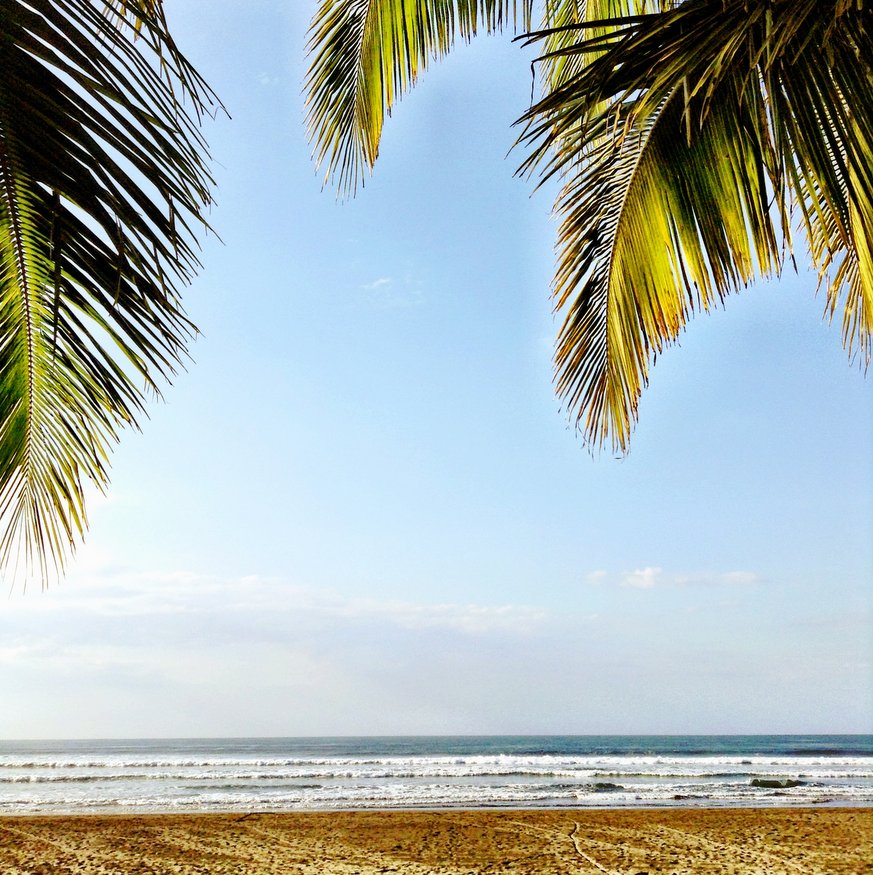 When I look at this photo, I simply think “paradise”. Sunny days, empty beaches, and relaxation. 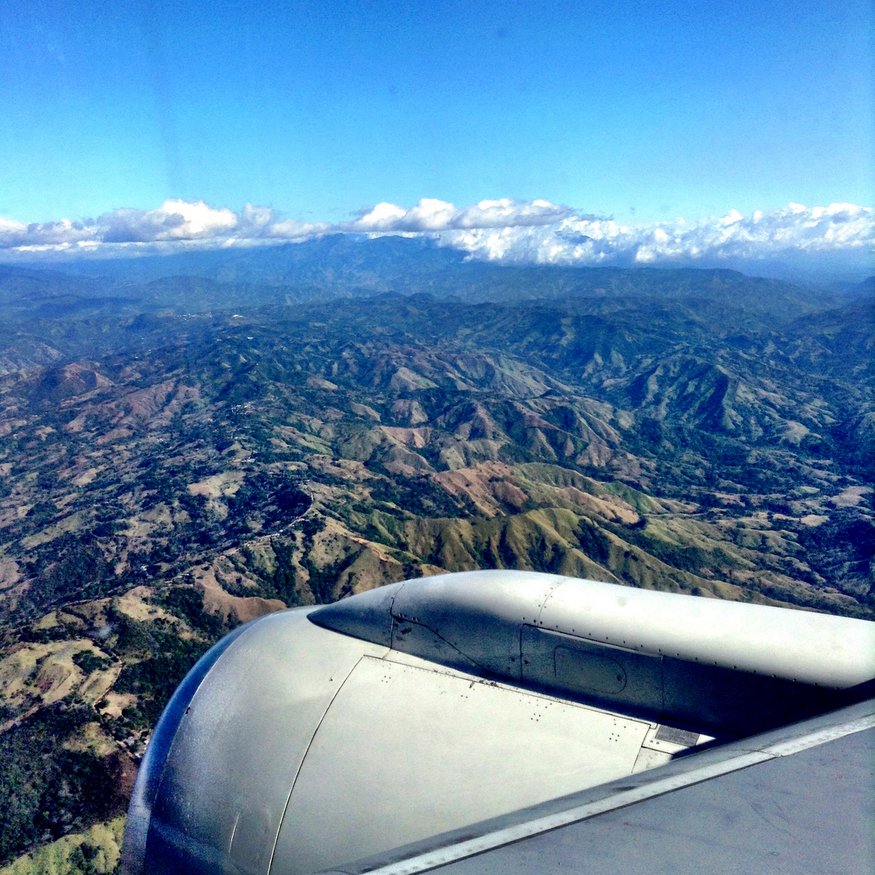 This is what the terrain looks like from the sky as you descend into San Jose, Costa Rica. 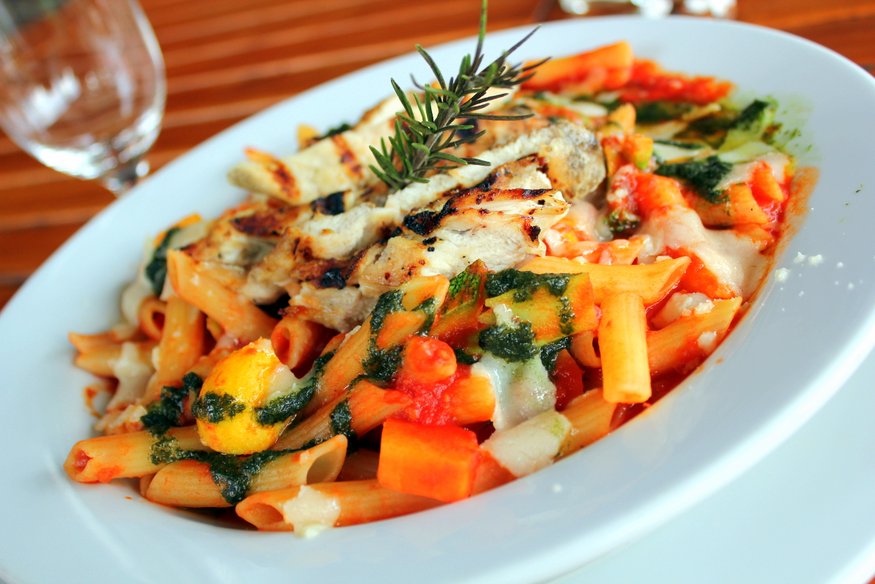 This pasta dish was one of the best lunches I had in Costa Rica. It consisted of penne, grilled chicken, tomatoes, peppers, and a variety of other vegetables.

I’m not usually a soup guy, but this tortilla soup was to die for!

A local was working hard on repairing this old wooden boat that looked like it drifted on to shore 25 years ago. Good luck my friend! 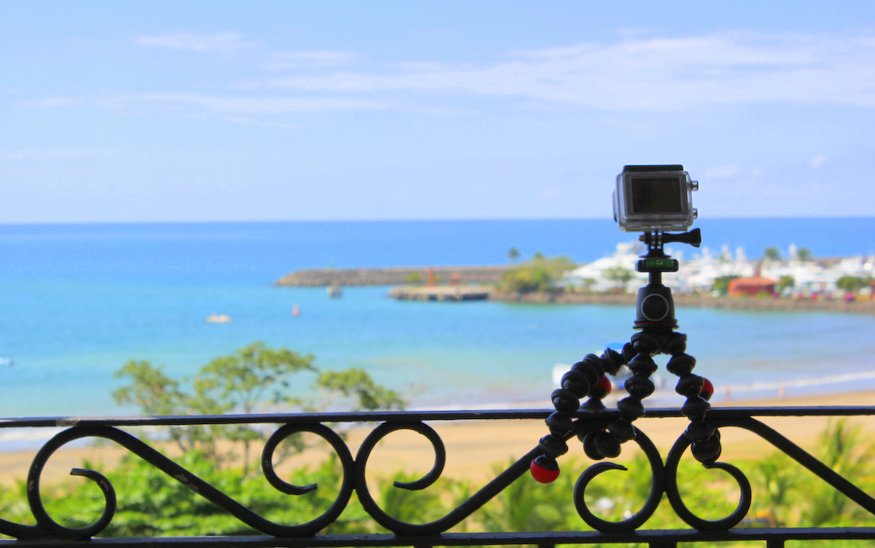 After arriving at the Los Suenos Marriott, I headed straight for the highest point on the resort. Once there, I setup my GoPro on my new Joby Gorillapod, and snapped a few wide angle photos of the resort below. What a view! 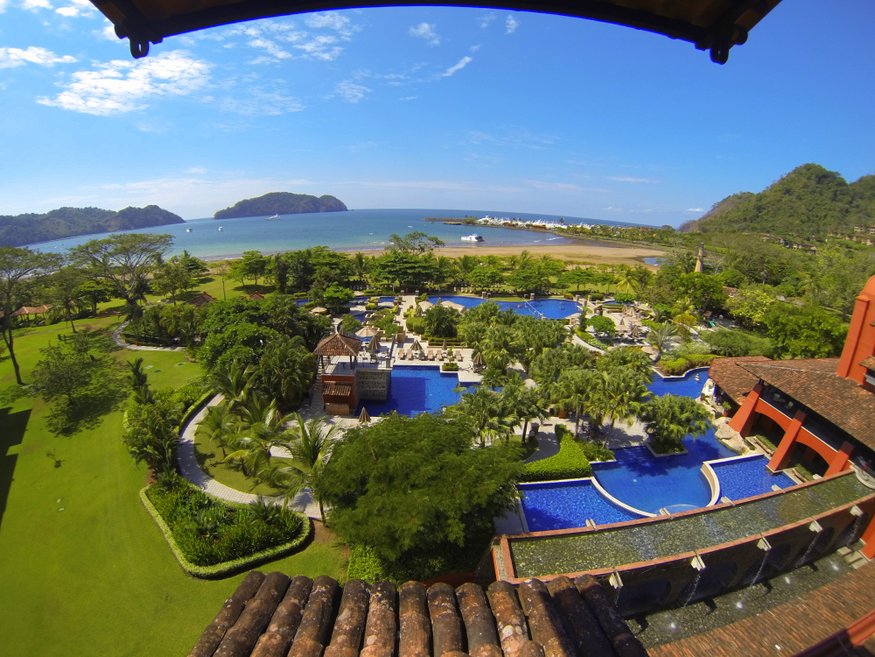 This is the result of the GoPro shot shown above. Below is the incredible Los Suenos Marriott property. Isn’t it beautiful? 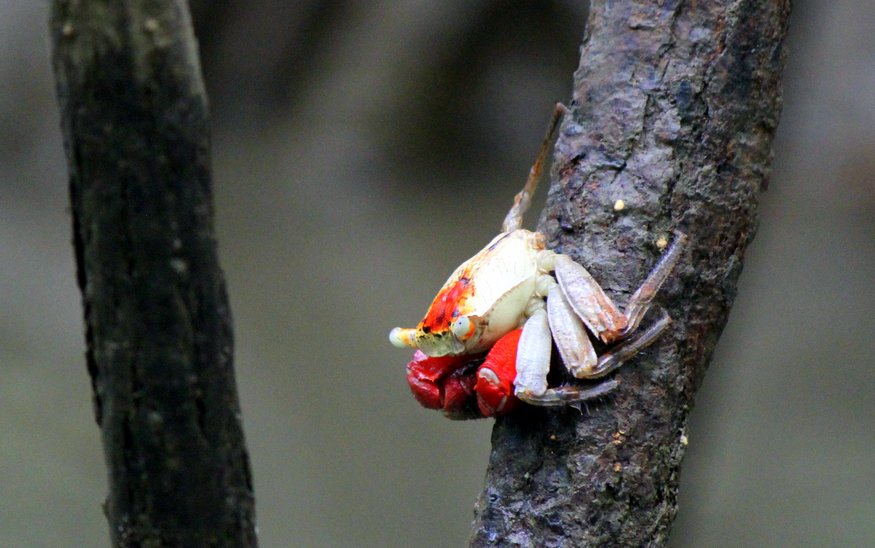 This tiger crab was spotted on Damas Island during an estuary boat tour. I love the colors of this little guy. 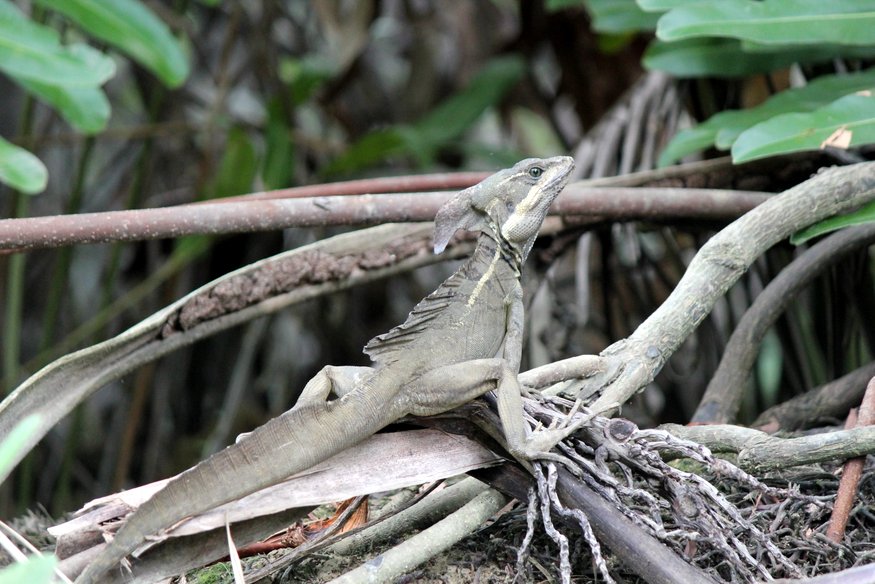 Believe it or not, this lizard shown above is known as the “Jesus Christ Lizard” due to its ability to walk on water. YouTube it if you don’t believe me. 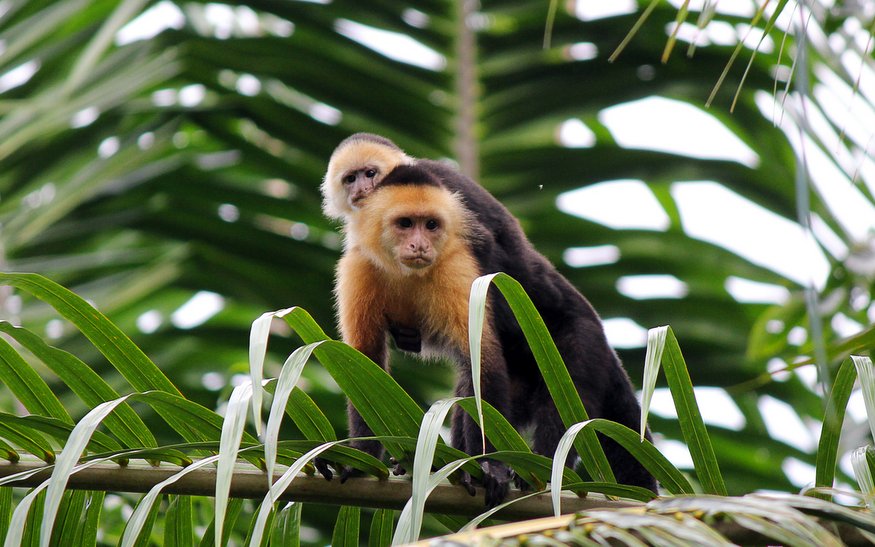 As some of you know, I’m not a big fan of monkeys. Particularly because they are one of the most unpredictable creatures on the planet (IMO) and they have no problem with tearing your face off if they’re in a bad mood. In saying that, I have no problems with viewing monkeys in the wild from afar. This is my favorite shot from our Damas Island tour. I love the fact that the baby is hanging on while keeping a watchful eye for predators (aka us humans). 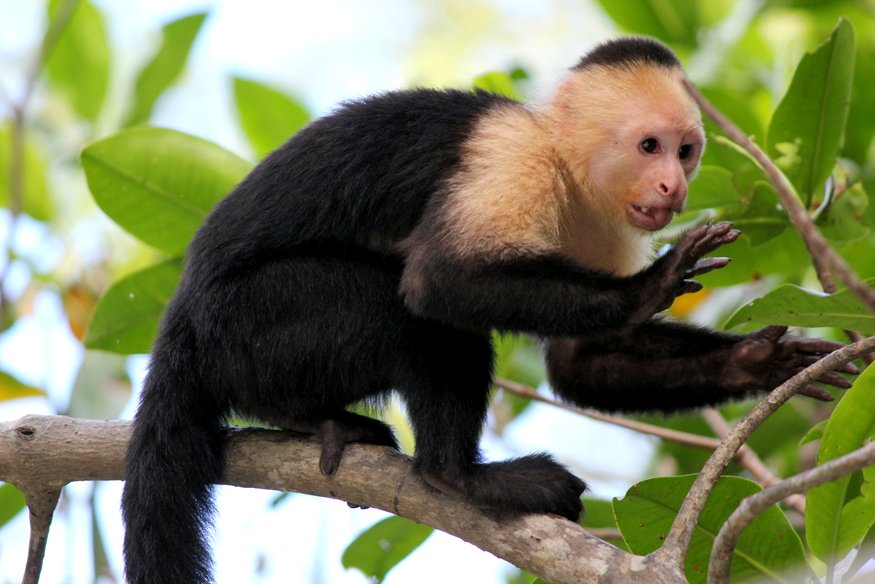 Caught this guy red handed. Put the bananas down and put your hands up! 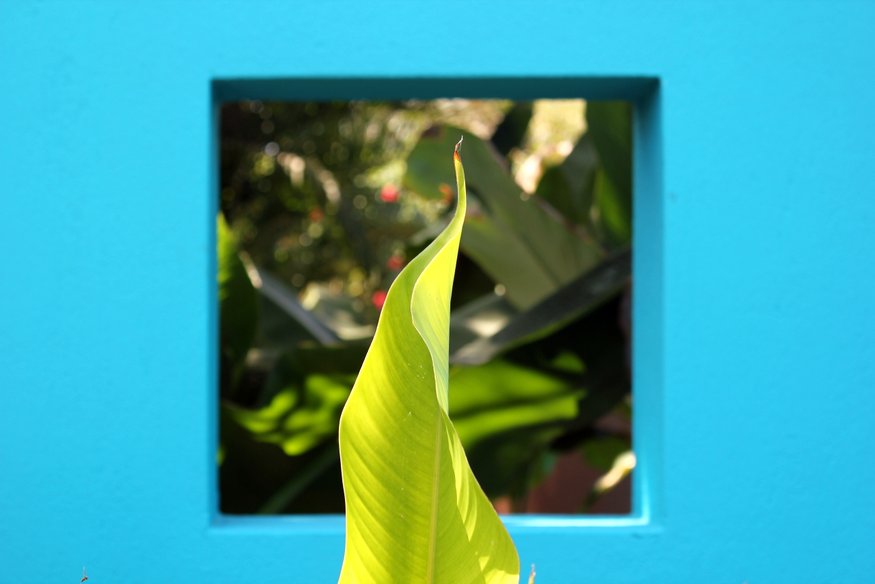 A quick stroll around Alma Del Pacifico presented me with all sorts of colorful photo opportunities. I spotted this beautiful plant popping up in front of a bright blue window in the background and I simply couldn’t resist snapping a photo. 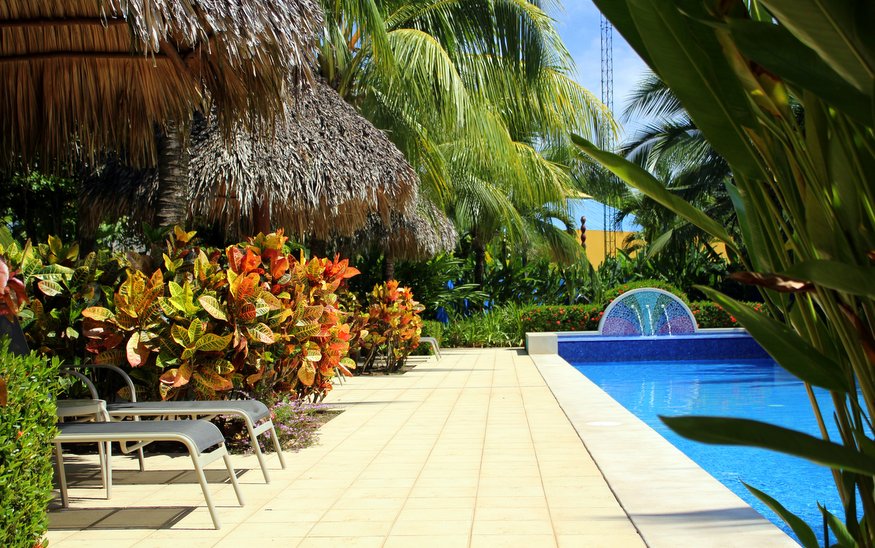 Does this look relaxing or what? An empty pool situated in a lush rainforest environment. Disregard the cellphone tower in the background and you’ll really feel as if you’re disconnected from the world. 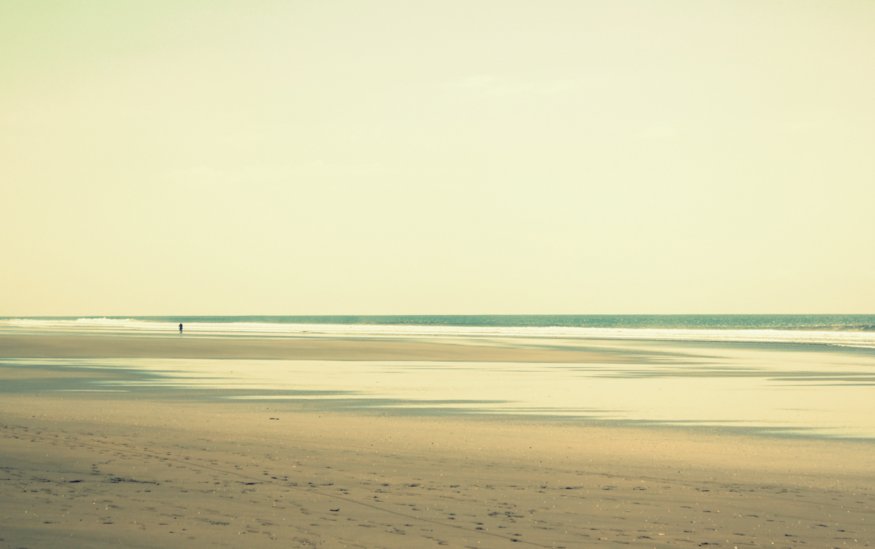 This is one of my favorite beach shots from Costa Rica. It just looks so damn serene. If I wasn’t constantly on the move, I would print this out at 20″x30″, frame it and slap it on my wall.

Estee and the Brett’s Board Rentals crew arrives back on shore after her first ever surf lesson! 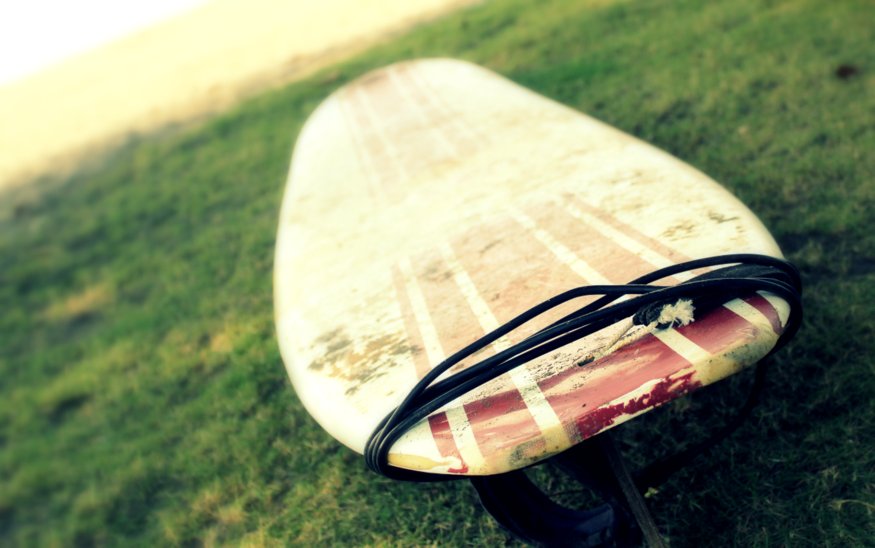 This board is a little beat up, but it’s ready to ride. Go ahead, give it a shot! 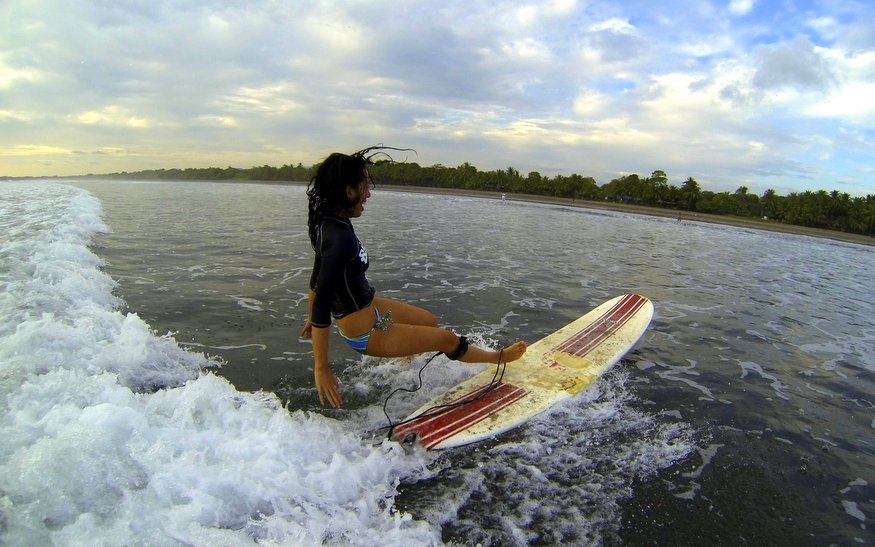 Well, looks like Estee gave that board shown above a shot. Yeah, she ate it on this one, but she quickly turned into a surfing machine a little later on in the lesson.

Congratulations on reaching the end of this photo essay. I know, you struggled to get through them all. ;-)

WHICH ONE IS YOUR FAVORITE? LEAVE A COMMENT BELOW!