Exploring Portland and Catching a Sunset on Crescent Beach 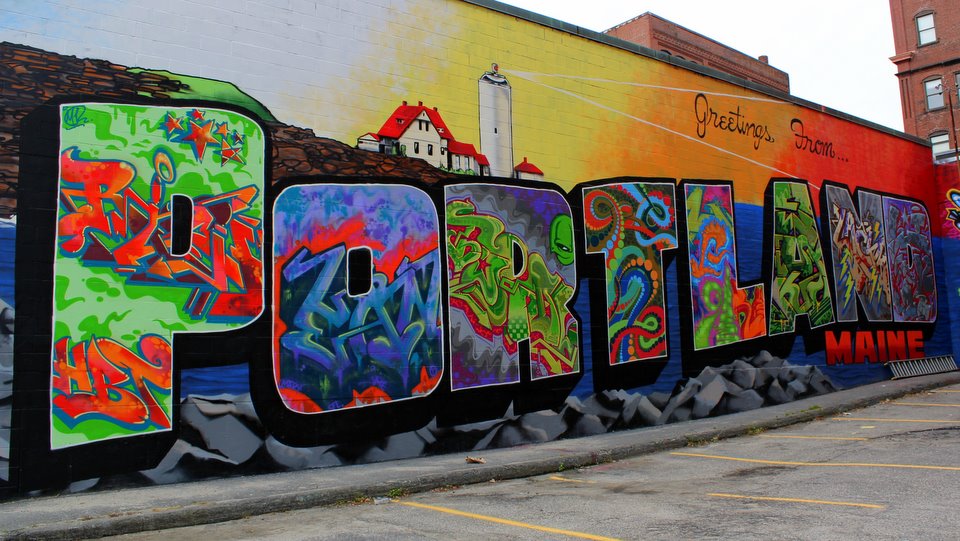 Did you miss: Our anniversary stay at Inn by the Sea? If so, be sure to check it out!

After awaking from a solid night’s sleep, we headed downstairs to breakfast at Inn by the Sea. 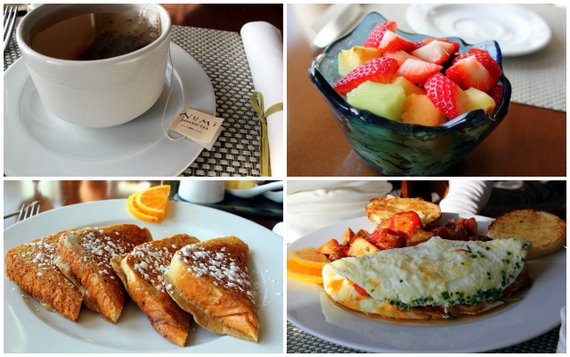 Once breakfast was down the hatch we jumped in the car and made our way into downtown Portland, Maine which was only about 10-15 minutes drive from Inn by the Sea.

We ended up driving circles through the downtown area while trying to find free parking on the street. Along the way I spotted some of the most incredible street art that I’ve seen in a long time. 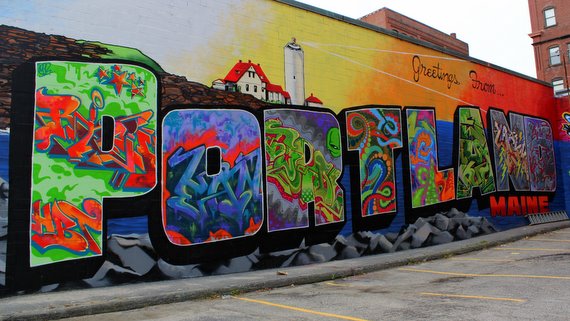 I’m a huge fan of street art, as a matter of fact I even dedicated a post to it (9 Examples of Street Art from Around the World) so once I spotted this giant mural I jumped out of the car and spent a good 15 minutes analyzing it and shooting a bunch of photos. I loved the fact that the scene depicted the Maine coastline with the spray paint can as the light house in the distance.

Look at the details of this mural… 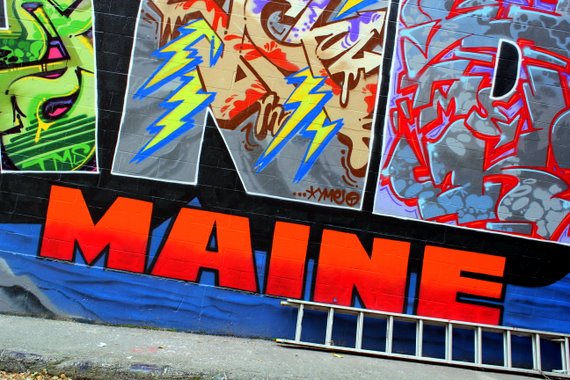 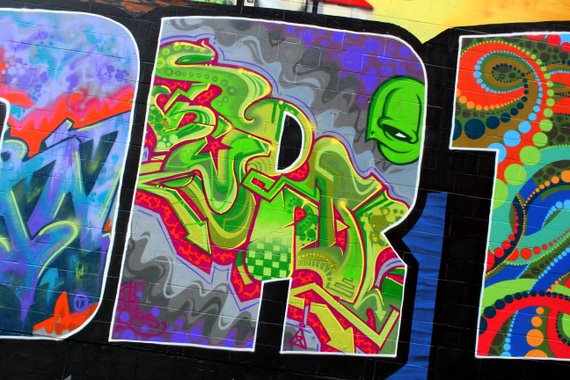 Coincidentally enough, we ended up finding a free parking garage right next door to the mural. From there we zig-zagged our way through downtown stopping into all the little shops along the way. 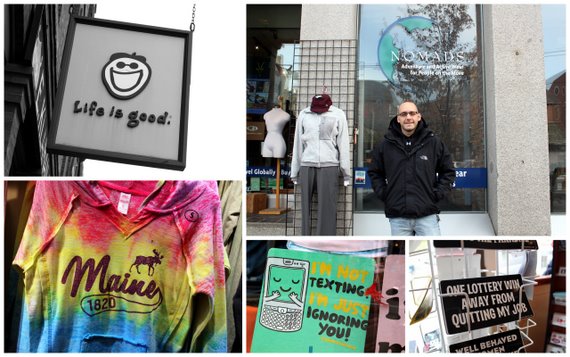 We really enjoyed exploring downtown Portland. I think what I liked most about Portland was the fact that it felt so artsy and a lot of the buildings in town seemed as if they were really old and original. I also noticed that the people of Portland are huge dog lovers. Everyone had a dog or two! Well, almost everyone.

We spent a few minutes walking around this shop on Exchange street which was filled with all sorts of funny novelty office supplies, cards, books, etc. 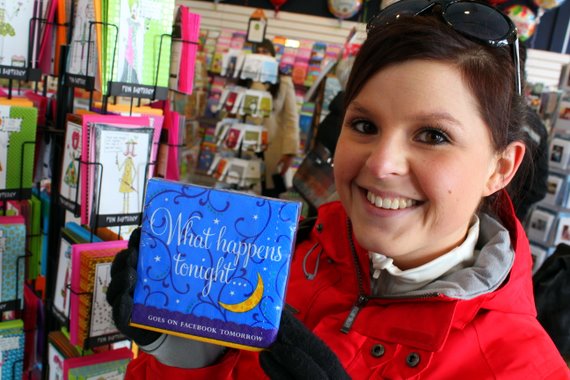 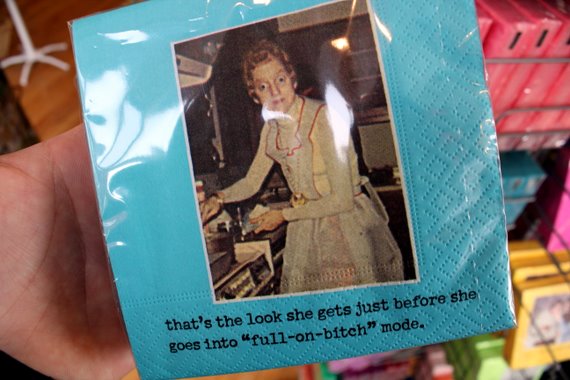 Place these napkins on your table this Thanksgiving

Once we worked up an appetite again we made our way over to Duck Fat, a top rated restaurant that was recommended to us for lunch. We ordered two yummy Paninis and a side of french fries. 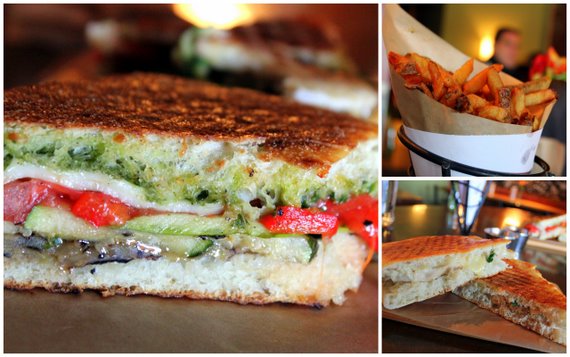 On our way back to our hotel we decided to stop into the Portland Head Light, a popular landmark that lies on the coast of Fort Williams Park in Cape Elizabeth, Maine. 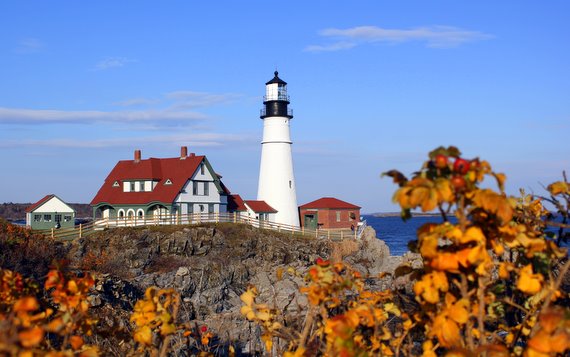 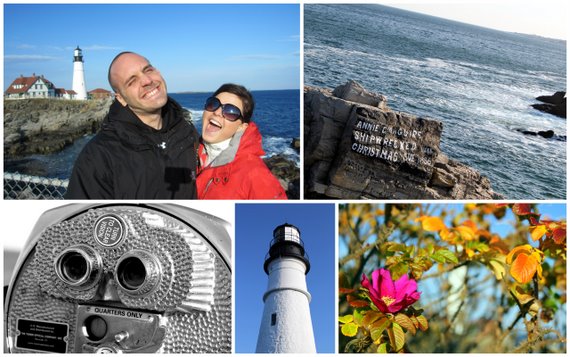 If it was a little nicer weather, I would have loved to explore more of the Fort Williams coastline but it was just too cold to be walking along the ocean. A visit to the Portland Head Light would be perfect on a nice summers day.

After all the walking we did, it was time to get back to the hotel and rest up before our night out in Portland. As soon as we walked in the room, Liz passed out on the big comfy chair next to the window. 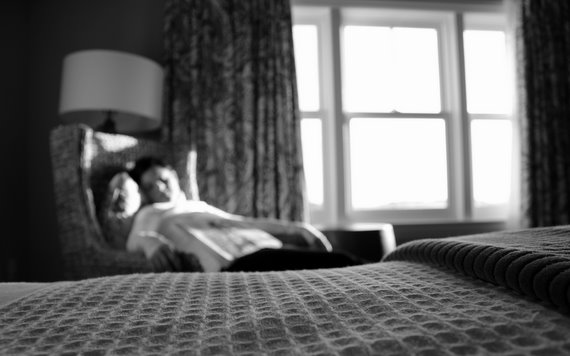 In the meantime I packed up some gear and dashed down the boardwalk towards the beach to catch the sunset. 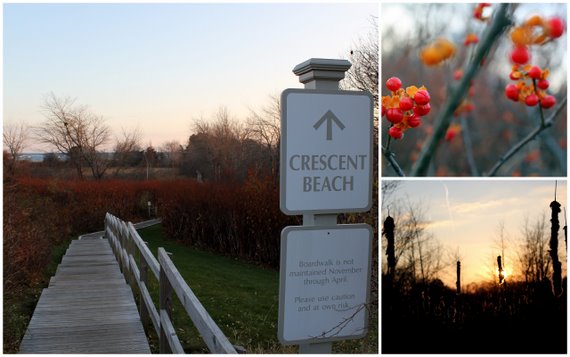 Once I got down to Crescent Beach, I quickly set up my new GoPro Hero 2 on a tripod and set it to take a photo every two seconds as the sun set. 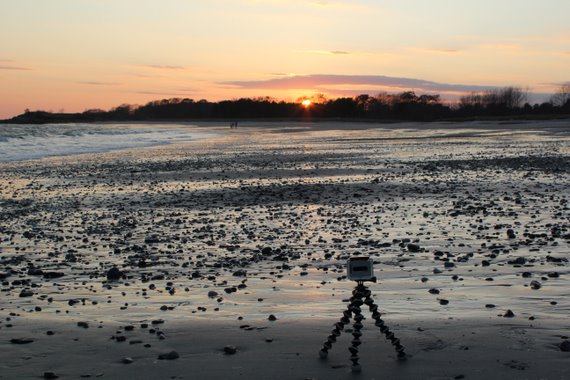 By the time the sun completely set behind the trees in the distance, the GoPro had taken 183 photos. I took the photos and in post processing I created a short timelapse which you can see below.

While my GoPro was setup, I took a few sunset shots with my Canon T2i – this one below was my favorite of the batch. 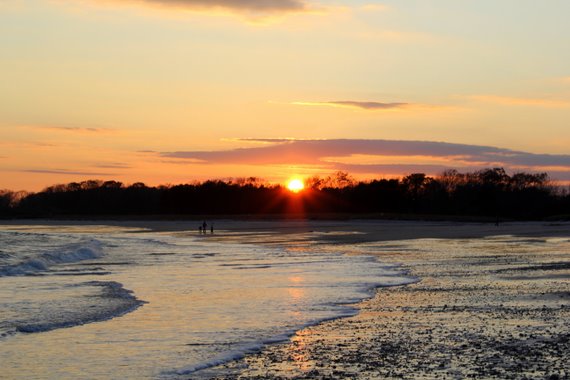