Inspired by a stranger named Ben 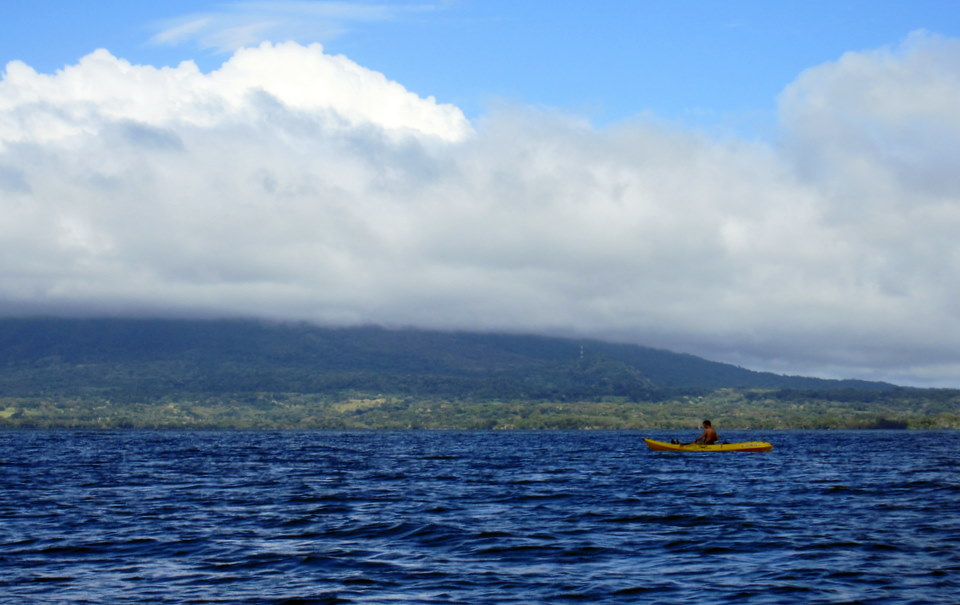 Did you miss: A Failed Attempt at Hitchhiking in Ometepe? If so, be sure to check it out!

Have you ever met a stranger who inspired you to do something in your life?

I stayed up later than planned on my first night at Hacienda Merida. Considering I had made the 4 mile trek from Santa Cruz to Merida earlier in the afternoon, I just assumed that I would be hitting the hay early. Then again, you can never assume anything when traveling. Shouldn’t I know this by now?

My first evening in Merida flew by. It was on my way to bed when I met an interesting guy by the name of Ben. I initiated conversation with him as I was passing by on my way to my room. I figured, what the hell? Why not chat him up and ask him where he was riding from? You see, Ben was inspiring to me even before I even met him.

I saw him earlier in the day hanging some clothes on his bicycle that was secured to the railing in front of his room. I knew right from the start that we would share similar interests and that we would connect at some point along the way. 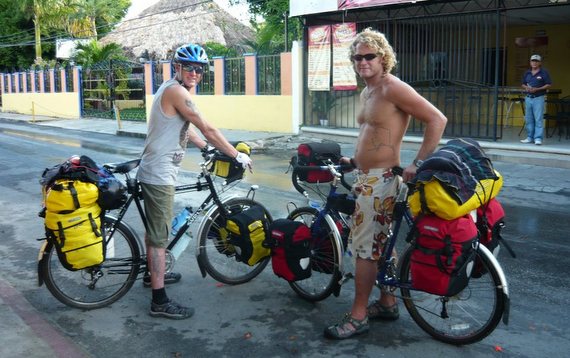 Ben (Left) and his brother Gabriel

For those who don’t know, a long distance bicycle trip is extremely high on my travel bucket list. Just listening to Ben share his bicycle trip experience with me was lighting a fire inside of me. I instantly had one of those “I’m going to do this one day” moments. It was as if I had always wanted to do it, but never received the confirmation that I COULD actually achieve it. My mind was racing about all of the places that I could ride, how free I would feel while doing so, and how outrageous of a trip it would be.

As I zoned back into reality I was met by Ben’s voice again. He was still talking and I was still trying to focus on listening. We spent an hour or two chatting about home, family, our travels thus far and so much more.

Ben is from Alaska! 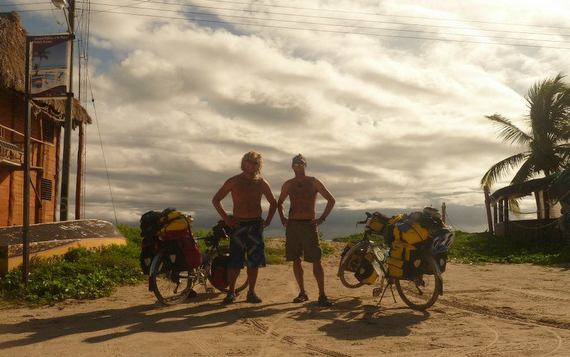 Ben and his brother Gabriel flew from Alaska to Cancun, Mexico on October 4th, 2011. A few days later they started their epic ride from Cancun down the coast through Belize into Guatemala and on to Honduras. While cycling through Honduras they experienced a riders worst nightmare. Hostile locals!

Ben and Gabriel tried their best to pedal past the hostile Hondurans but each time they squeezed by one scary situation they were then met with another. It got to be so bad that they decided to scrap the original plans of riding down through Honduras and instead found their way to the nearest city where they packed up their bikes and jumped on a bus headed straight for Nicaragua. Once in Nicaragua, Gabriel hopped on a flight and headed back home due to some unexpected costs of the trip. Ben continued pedaling south through Nicaragua and eventually ended up at Hacienda Merida. Ben would be spending the next month in Merida training. For what, you might ask? Try a 100K (62 mi) footrace.

Did I mention that Ben is an ultra runner?

The Fuego y Agua ultramarathon is a 62 mile footrace on the island of Ometepe. The race is full of unimaginable challenges! As if running 62 miles in one day wasn’t enough, right?

The 100k Fuego y Agua course is a single loop circling most of the island and leads runners on difficult ascents and descents of both volcanoes – Source: Fuego y Agua Official Website

That’s right people! Ben will be running this footrace on gravel roads in poor condition and will be traversing up and down both of Ometepe’s volcanoes. What!?

When I asked Ben about how long he expects this race to take him, he replied; Ideally, I’d like to finish in less than 13 hours. The Men’s record for this 100K race was set back in 2009 by a guy named Javier Montero from Costa Rica. He finished in a cool 11 hours and 8 minutes.

How did Ben become an Ultramarathon Runner?

I wondered the same thing when I first learned about Ben and his hobby of ultra running. You see, Ben has overcome a seriously troubled past. He spent his younger years living out his 20’s to the fullest, or so he thought. Little did he know that he was making all the wrong moves. Each split in the road that Ben encountered, he traveled in the wrong direction. 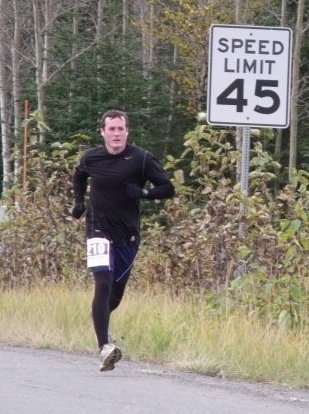 He’s way over the speed limit…

When all was said and done Ben turned to running as a way to escape his bad habits and reckless lifestyle. It wasn’t until his first few attempts at running footraces back home in Alaska that he realized there was something out there that he was good at. He had so much talent inside of him, he just never knew it.

After blowing away the rest of the competition in the first few races he entered, Ben continued to train. He wanted to run harder, faster and longer.

There were times that I would drive down to the Skyline Trail bright and early, park my car and practice running up and down it. I even spent some nights sleeping in my car just so I could wake up in the morning and hit the ground running. – Ben

Ben entered the Frosty Bottom 50 Mile race in January 2011. During the race, he got confused and made a wrong turn. He was LOST on the course and it was midway through the race. Ben was no longer the leader of the race anymore. He had to turn around and follow his missteps back to where he made the wrong turn. Regardless of his mistakes, he was still determined to win this race.

On the last leg of the course, Ben did the unthinkable. He passed the pack and crossed in 1st place.

Of course he did! Ben ended up winning first place in the Little Su 50K two years in a row. Unbelievable!

As if this story couldn’t get any better, Ben is currently finishing his cycling trip by riding his bike down through Southern Nicaragua into Costa Rica where he’ll meet up with his soon to be bride Michelle!

Ben and Michelle are getting hitched on March 20th, 2012 in Costa Rica!

Congratulations Ben & Michelle, best of luck to the both of you!

I started out writing this post in hopes to share my experiences in Merida but that obviously didn’t happen. Just reliving some of the conversations I had with Ben made my fingers go absolutely ballistic on my keyboard. So much that once I finished I had to go back and change the title from: “Living the Good Life in Merida” to “Inspired by a stranger named Ben“. I literally just typed this story out as if I was writing about my own life. I’m not sure I’ve ever been able to write something that flowed so well and came to me with such ease. There’s a reason for that.

The story behind this stranger named Ben really opened my eyes to a whole bunch of things. Firstly, Ben has proved to both himself and his family that people can change and turn their lives around. Secondly, he has proved to me that literally anything is possible as long as you put your heart and soul into it. Last, but not least, Ben showed me what it was like to meet a total stranger and have it feel like we had been long lost friends who just ran into each other for the first time in years.

It was a pleasure meeting you my friend. I hope to be able to visit you in Alaska one of these days…