Did you miss: Part 2 of our End of Summer Road Trip – Six Flags Great Adventure? If so, be sure to check it out!

On Sunday morning we woke up and headed downstairs for our complimentary buffet style breakfast at our hotel (The Hampton Inn East Windsor). There’s nothing like free breakfast, that’s for sure! This isn’t your typical bagel, apple and a tea. It’s a small buffet style breakfast that included eggs, bacon, home fries, fruit, pastries, toast, and more. It filled us up and it certainly saved us a boat load of money on breakfast each morning!

Considering we were overly productive when it came to riding nearly every roller coaster at Six Flags Great Adventure the day before, we decided that we would check out the Six Flags Wild Safari early Sunday morning.

Six Flags Wild Safari is a 350-acre wildlife preserve which is home to more than 1,200 exotic animals! There are many ways that you can experience the Wild Safari (see options) including hopping on an air conditioned bus but we decided to drive my car through instead to get more of a personal and up close feel for the Safari.

After passing through the main gates we approached the entrance of the 4.5 mile drive through safari. I pulled over and quickly mounted my GoPro HD Camera on the roof of my car in order to attempt to capture the whole experience in HD video. When I pulled up to the attendant at the gate she took one quick look at the camera and said “As much as I think that camera is a great idea, I’m not sure you’re going to want to keep it up there. The giraffes might eat it…” I looked over at Billy and said “Whoa, I didn’t know these animals would be getting this close to the car!”

While I decided to bring the camera inside the car and mount it on the inside of the windshield I wasn’t sure how the footage would come out. I basically hit the record button and forgot about it through out the hour and fifteen minute drive through the safari. The video quality was good, but lacked views to the left and right which is where most of the animals were unless they were crossing the street. One of these days I’ll post pieces of the video, for now you’ll have to check out some of the incredible photos I captured on the safari.

My priority now was to try to capture some of the wildlife with my Canon T2i DSLR. Luckily I brought along my 55-250mm lens because I wouldn’t have been able to get some of the closeups that I did.

Is the one in the front smiling for the photo!? 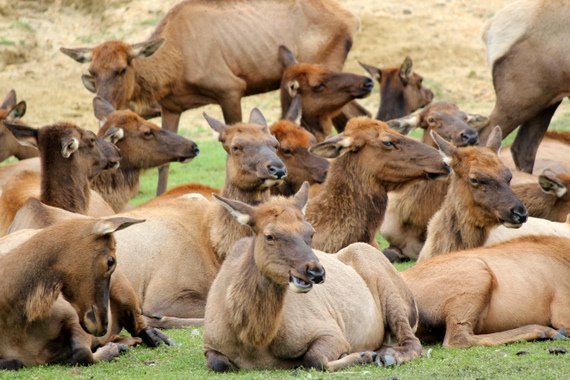 Look at the antlers on this Roosevelt Elk below! I certainly wouldn’t want to come across him in the wilderness. 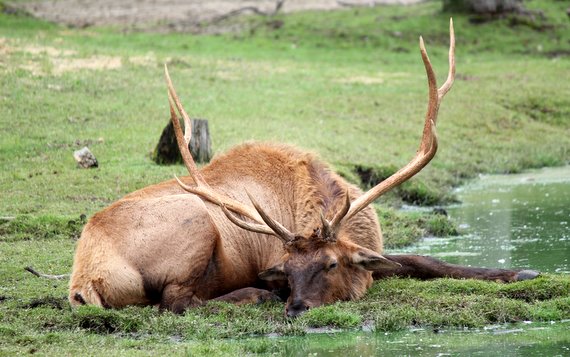 I guess I never realized how giant Bison actually are until I saw a few of them up close. I also found it sort of odd that they only grow long hair in certain places on their bodies. Bison have afros, beards, hairy legs and a hairy stomachs. Sort of sounds like me when I’m on the road and haven’t showered/shaved for a few days. 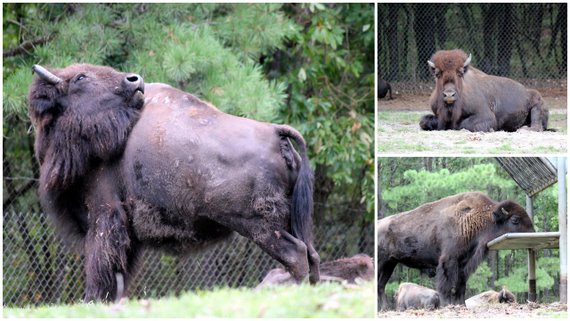 Ahh, the Rheas. How could I forget about these creepy looking birds that remind me of Ostriches. These odd looking flightless birds were popping up all over the place through out the 4.5 mile safari. We felt as if we were being followed by them or something.

These wacky birds made Billy a little creeped out so to make things worse I would pull up real close to a Rhea on Billy’s side of the vehicle just to freak him out a little every now and then. Needless to say, Billy kept his finger on the electric window button every time he spotted a Rhea because I was threatening to drive up and roll down the window on him. Just thinking about this is cracking me up as I write this… 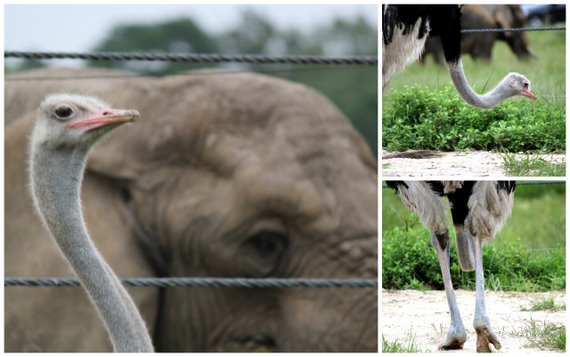 Tell me the Rhea isn’t a creepy looking bird!? FYI: these things have three giant claws on each foot, what ever you do DO NOT GET OUT OF YOUR VEHICLE! 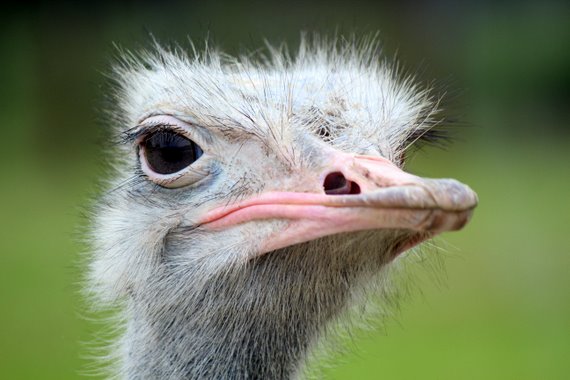 This photo below is one of my favorite shots from the safari. I’m actually thinking of printing this on canvas at some point in the near future. As you all know, I’ve been a huge elephant fan ever since I volunteered with elephants in Thailand last year. 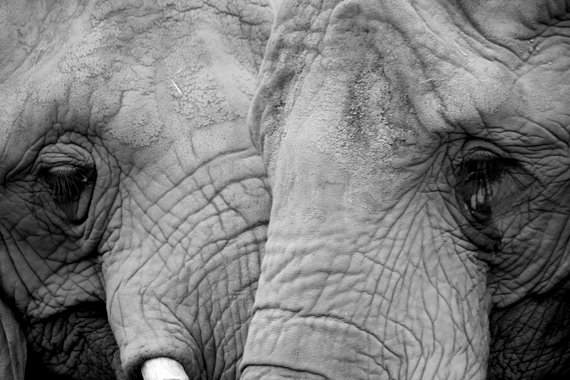 Rhinos are gigantic animals, in case you didn’t already know. One of them crossed the road in front of us, it was pretty amazing to see a rhino up close and personal 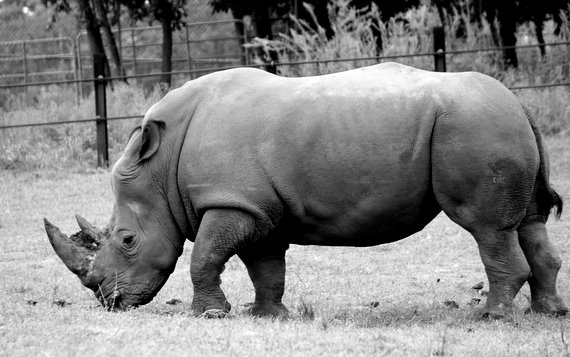 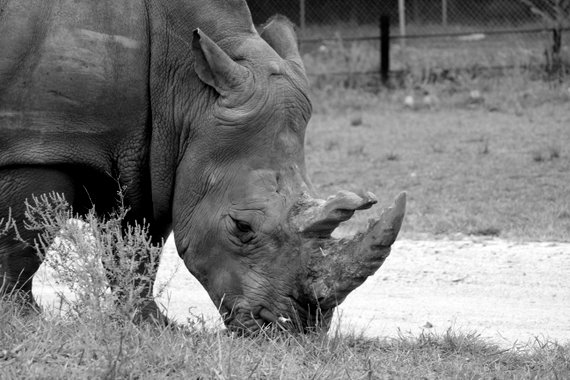 No, Grant’s Zebras are not owned by a guy named Grant. I actually have no clue why they are called Grant’s Zebras but that aside I’ve been waiting a long time to get the chance to see a Zebra up close. I’m absolutely fascinated with the black and white stripes on these animals. Unfortunately, I couldn’t choose one or two of my favorite Zebra photos from the safari so I’m going to post more than a fair share of them below.

Isn’t it amazing how much this zebra stands out in a black and white photo? It’s as if he’s popping right out of the photo! 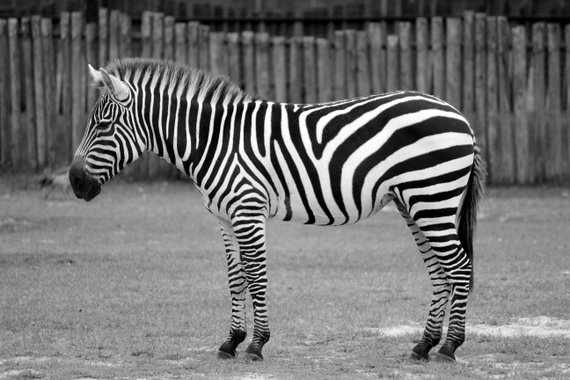 Did you ever realize that some zebra’s have brown in them? I didn’t until this past weekend… 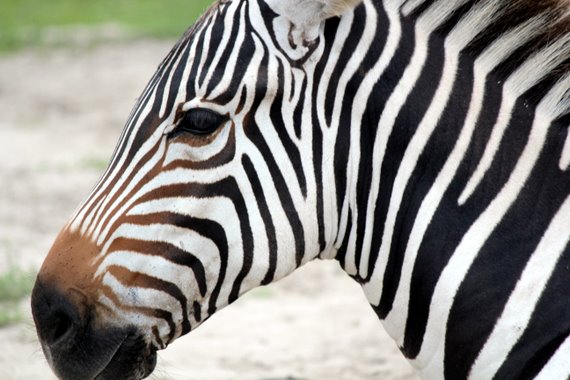 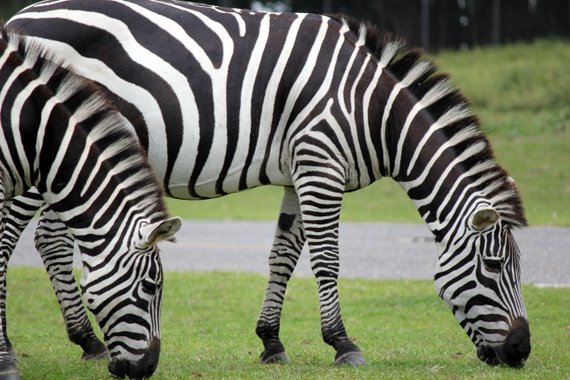 and last but not least for the zebra photos, another one of my favorite shots of the day… 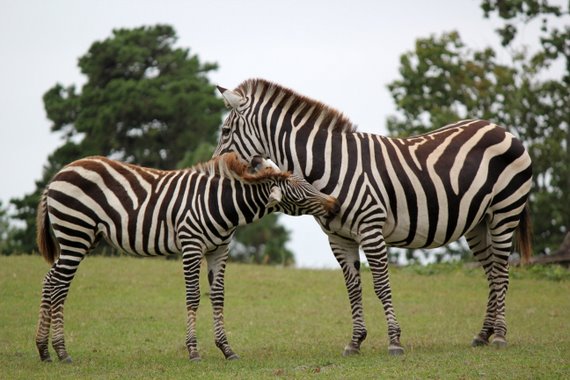 The giraffes had to be the best part of the entire Wild Safari experience. These giants were holding up traffic! They would approach each car and lick the windows and roofs with their big tongues. The giraffes teeth were clinking off of the glass as they searched the car looking for who knows what. Billy was in the passenger seat so he got about as close as you can get! Neither of us had ever seen anything like it… 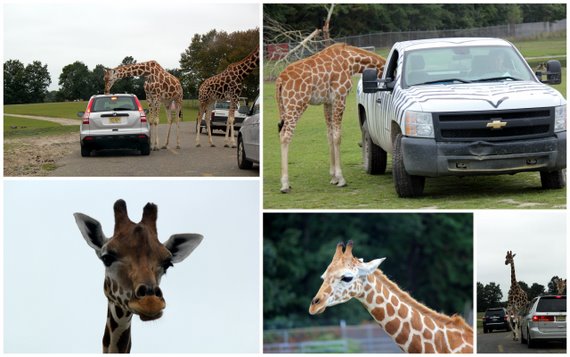 Check out the giraffic jam behind us… 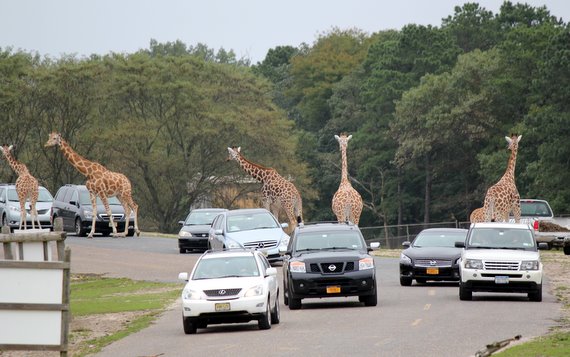 It's a Giraffic Jam!

Look at the colors of this bird… and the quality of it’s feathers!? 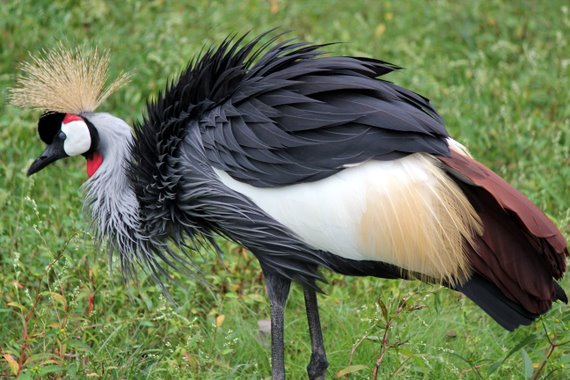 Once again, yet another creepy relative of the Ostrich… the EMU! I would imagine this thing would have pecked my face of it had the chance… 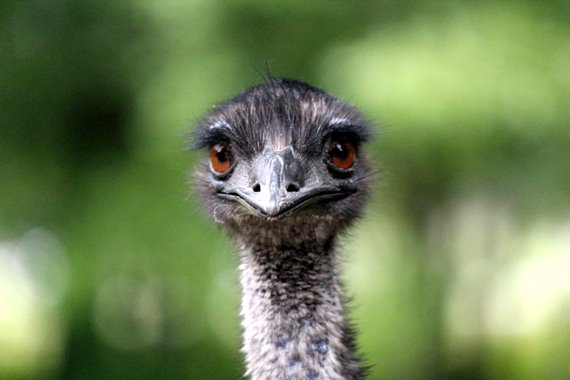 We also witnessed a few other animals (Bears, Monkeys, Kangaroos, etc) along the way but I’ll spare you the those as I’ve already shown you a million photos as it is.

Overall I would highly recommend visiting Six Flags Wild Safari to anyone and everyone! Both myself and Billy truly enjoyed driving through the safari in our car and wouldn’t have done it any other way.

If interested in purchasing prints of any of the photos shown above, feel free to contact me directly. Prints will be cheap, I promise!

Next up… our journey to Seaside Heights aka the Jersey Shore! Stay tuned…