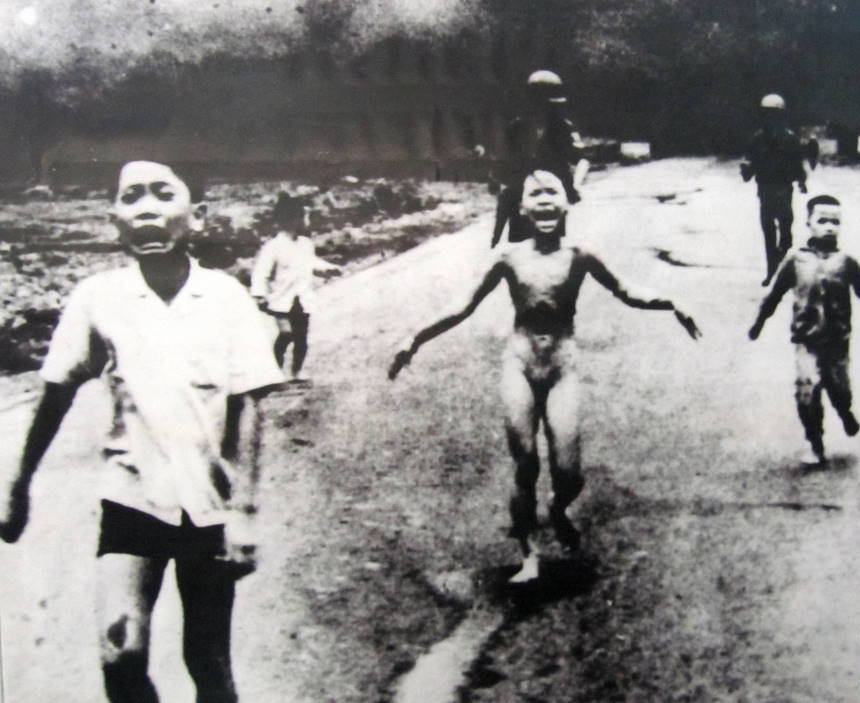 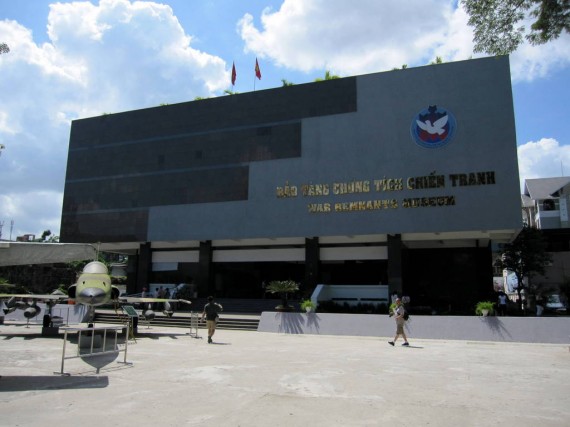 Ho Chi Minh City, Vietnam is home to an incredible museum which was formerly known as the “Museum of American War Crimes”, and the “War Crimes Museum” up until 1993 when the name was changed to simply the “War Remnants Museum”. This name change came after the liberation of Vietnam and the rekindling of relations with the United States.

As you enter the grounds of the museum you’re instantly surrounded by military vehicles and equipment which include helicopters, planes, jets, giant bombs, and a variety of tanks. As soon as we walked through the entrance, this place brought me back in time to when my father used to take me to the local air shows back home. Liz and I had a great time exploring the grounds and taking photos in front of all the different military vehicles. Our experience inside was a totally different story.

Please note: The War Remnants Museum does give off somewhat of a one-sided view of the war.

Graphic Images below may not be suitable for all viewers. 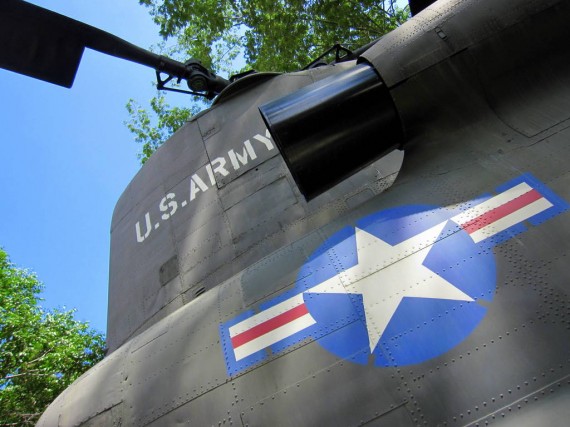 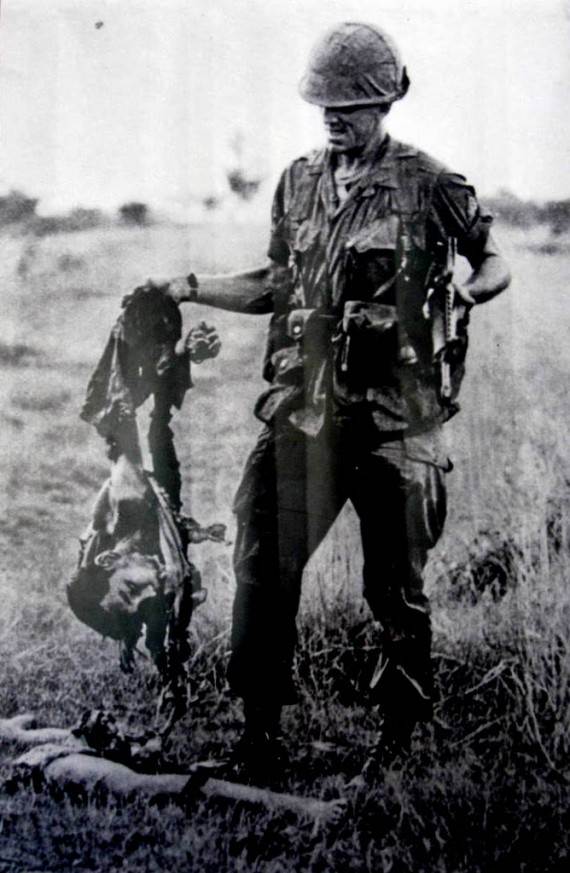 U.S. Soldier picking up the corpse of a dead Viet Cong soldier. 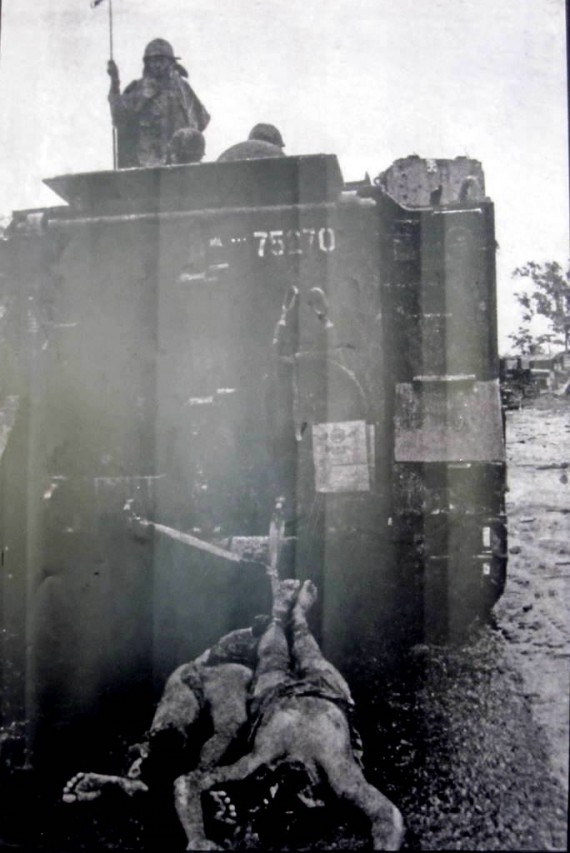 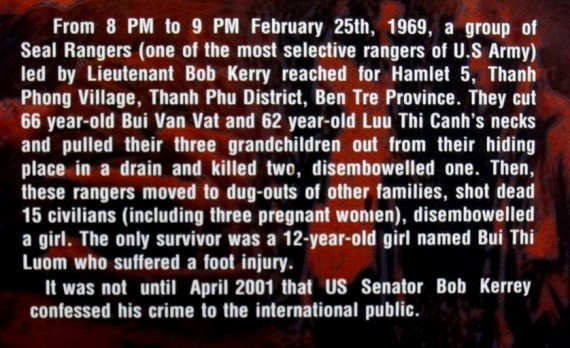 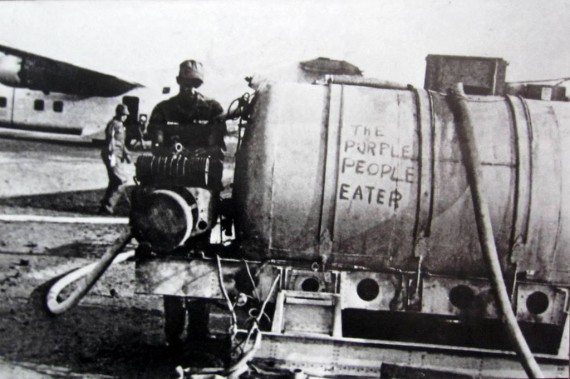 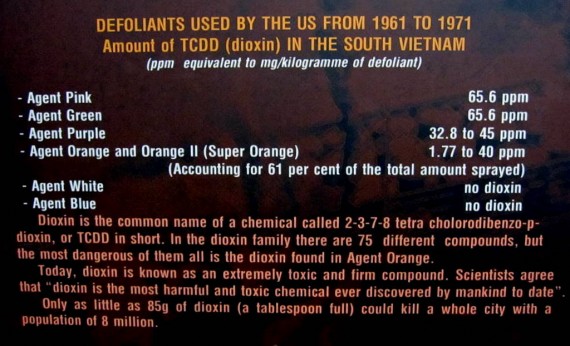 Defoliant Facts from the Vietnam War. 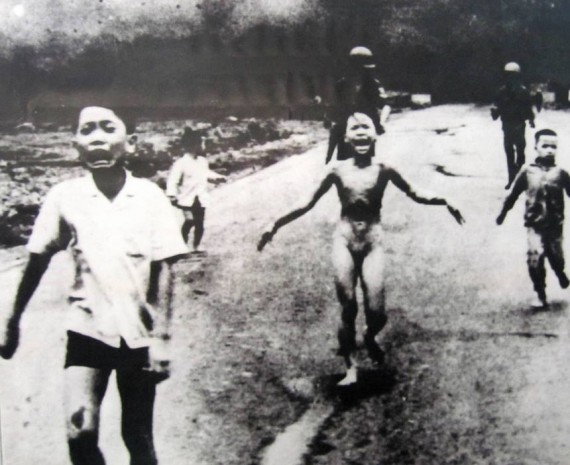 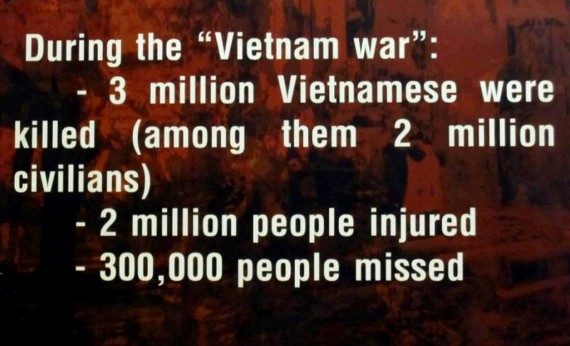 “Yet we were wrong, terribly wrong. We owe it to future generations to explain why”. — Former U.S. Defense Secretary Robert S. McNamara.