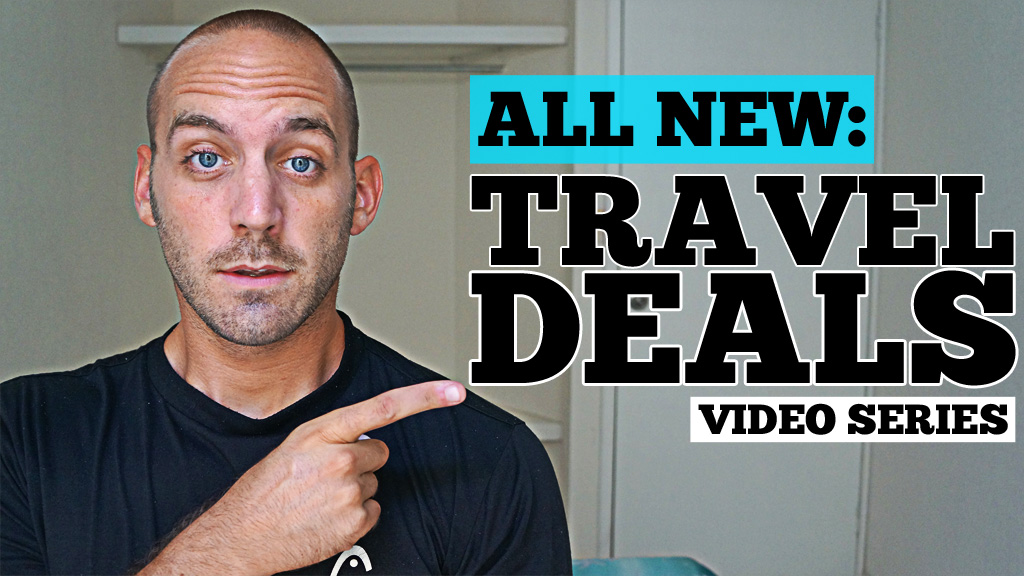 As many of you know I’m a huge travel geek and if there’s one thing you should know about me other than the fact that I love to travel, it’s that I love to scour the web to find the latest travel deals.

When I say travel deals, I’m talking deals on flights, hotels, trains, buses, any type of transportation, any type of activities. I’m also talking about travel gear, too!

But, I’ve been greedy as of late. I just haven’t been sharing these deals with you guys. I feel bad about it. Really bad. (wahhh!)

So I’ve decided to do something about it.

Let’s face it, us travel geeks are always trying to find ways to cut corners and save money on big ticket items so we can spend the savings on experiences, activities, food and other things while we’re on the road.

Are you guys ready to follow along and score some of the latest and greatest deals?

If so, there’s a few things you need to know.

#1. Your feedback is crucial! If you enjoy the deals I’m posting, please let me know by giving the video a thumbs up on YouTube, sharing it with friends or simply leaving me a comment!

#2. I’m going to warn you now that while some travel deals can last for months, others might only anywhere from a few minutes to a few hours. In order to take advantage of all the best travel deals, you MUST act fast!

which brings me to my third point…

#3. You MUST, must must subscribe to my channel in order to get the latest and greatest travel deals. After subscribing to my channel, you’ll be notified everytime I upload a new travel deal video. Sweet!

and last but not least…

I’ll be posting all of the hottest travel deals as soon as I find them. Because most travel deals are pretty spontaneous, I won’t have a set schedule for when I release them. Some weeks, you might find a new video every day or three, while others might only feature one travel deal each week.

Remember, as they say, the early bird catches the worm and if you ain’t awake, you’re missin’ out on the deal my friends!

Thanks for tuning in and I look forward to hearing from you guys soon!