8 of the Best Day Trips from Athens 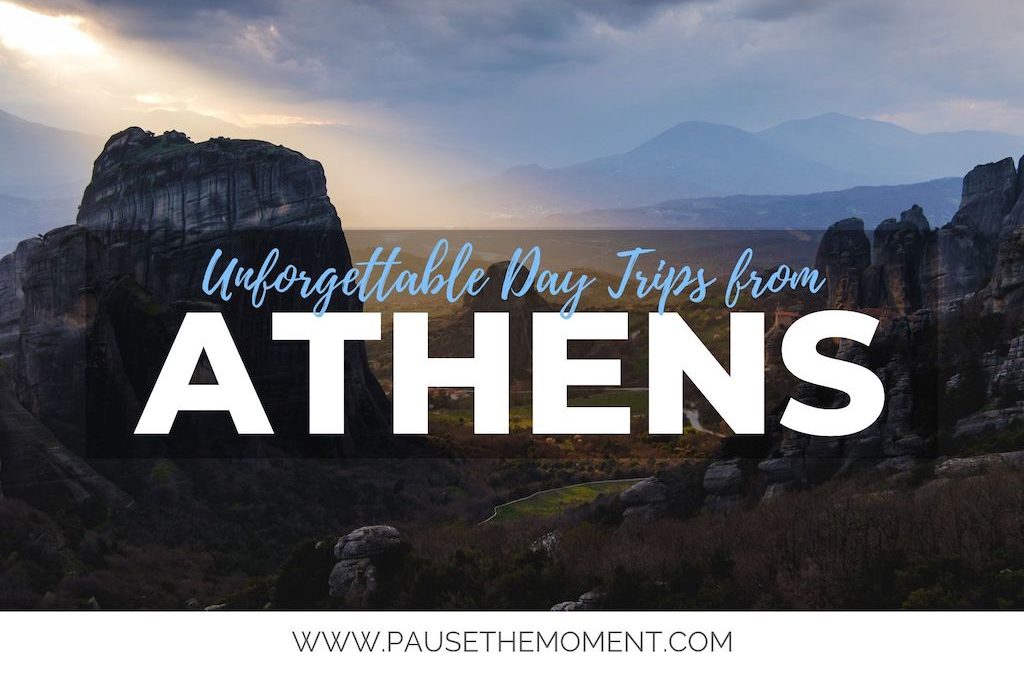 The ancient city of Athens is the capital of Greece as well as the main airport hub for those who are planning on making a quick pit stop before moving on to the Greek Islands.

Commonly referred to as “the cradle of civilization”, Athens is the oldest city in Europe and one of the oldest cities in the world with a recorded history that dates as far back as 3,400 years.

Athens is known as the cradle because over the last millennium, it has been a place where art, philosophy, politics, and learning, in general, has grown and gone on to influence the rest of the world.

In current times, Athens is a global city – the European Capital of Culture, in fact – and the economic heart of Greece.

Its well-preserved history in the form of archeological monuments like temples, statues, and ancient fortresses, combined with the natural attractions of the island like its beaches, lakes and mountainous landscape brought an estimated five million tourists to the city last year (2018).

If you are looking for a private driver in Athens, I highly recommend you reach out to my driver, Harris.

Harris can arrange everything for you from start to finish — from airport transfers to day trips in an around Athens as well as extended trips in Greece.

Note: Be sure to mention that Ryan from Pause The Moment referred you in order to get the best rates.

While there is more to see and do in Athens than one person can experience in a lifetime, we also recommend that you visit some of the many fascinating destinations located just a few hours outside of the city.

Delphi is a famous sanctuary located at the foot of Mount Parnassus which is dedicated to the sun god, known as Apollo.

It is considered to be one of the most prominent archeological sites in all of Greece and it’s located just two and a half hours from Athens.

Delphi is a great place to visit on a day trip from Athens, especially if you’re wanting to spend the day exploring the ancient hilltop that is home to the Temple of Apollo, the ancient amphitheater, and the Delphi Museum.

Meteora is a jaw-dropping complex of 6 Eastern Orthodox monasteries which were built on top of cliffs in central Greece.

Tip: If you’re planning on visiting Meteora, we recommend that you wear your most comfortable walking shoes as you’ll be doing quite a bit of walking.

The train journey from Athens to Meteora clocks in at just under five hours and once you arrive, you’ll have the opportunity to take in the magnificent views from high atop the cliffs and explore the spiritual wonders to be found inside the monasteries.

The day trip from Athens to the hilltop ruins of Mycenae is something many visitors to Greece highly recommend.

Listen to tales of the land that was once ruled by King Agamemnon during a walking tour of Agamemnon’s Tomb and Palace and the Lion’s Gate.

Afterwards, continue on to the home of the Greek god of Healing – Epidaurus.

While you are there, marvel at the ruined Sanctuary of Asklepios and walk through the immense and ancient Theatre of Epidaurus.

Another great way to spend a day outside of Athens is to make your way down to the mountainous landscape of the Peloponnese peninsula.

Your first stop should be Corinth, which is famed in Greek and Christian stories alike.

Here, you can take some great pictures at the Corinth Canal, which links the Peloponnese Peninsula with Central Greece.

The next stop will lead you to the birthplace of the Olympic Games, Olympia.

While you are here, check out the ancient stadium where the games first took place and other great sites like the temples of Zeus and Hera, the Phillipeion, the Phidias workshop, and the Museum of Olympia.

Navigate your way along the beautiful coastline of Athens as you make your way to Cape Sounion.

The best time to visit Cape Sounion is just before sunset when the temperatures have started to drop and the lighting is beautiful.

Experience the breathtaking views from above, and take pictures in the same place that King Aegeus was said to have committed suicide.

The main attraction here is the Temple of Poseidon and it’s definitely a sight to see.

Explore the ruined home of the god of horses and walk among the 16 remaining pillars that once held it up.

Take a two-hour ferry from Athens to Hydra Island and spend the day exploring this quaint little island.

Walk through the town, visit the shops, enjoy a lunch at a local restaurant or simply lounge at the beach.

After a day of rest and relaxation in Hydra, return to Athens by the ferry and check yet another Greek island off of your list.

You can check ferry prices and schedules by using the form below.

A day trip to Aegina is extremely convenient as it is only 40 minutes from Athens by ferry (Flying Dolphin).

Enjoy the view of the Temple of Apollo as you arrive at the Aegina Port, grab a cup of coffee to sip on as you walk down the scenic harbor and keep an eye out for the fishermen unpacking their fresh catch.

Start your exploration at the Temple of Apollo and the archeological museum followed by a visit to some of the other nearby temples.

Don’t forget to stop into one of the top rated local restaurants to try some of the most fresh and delicious seafood you have ever laid your eyes on.

Embark on a day trip to Agistri, starting off with a ferry trip from Athens to the port of Agistri which takes less than an hour to reach.

Spend the day swimming in the sea or lounging on the beach here.

You can also go snorkeling in the island’s beautiful bay, or rent a bicycle and take a relaxed bike tour through the streets of Agistri.

If you find yourself in the city for a few days and you have time to spare, you should really consider some of the Athens day trips mentioned above in order to make the most of your visit to Greece.