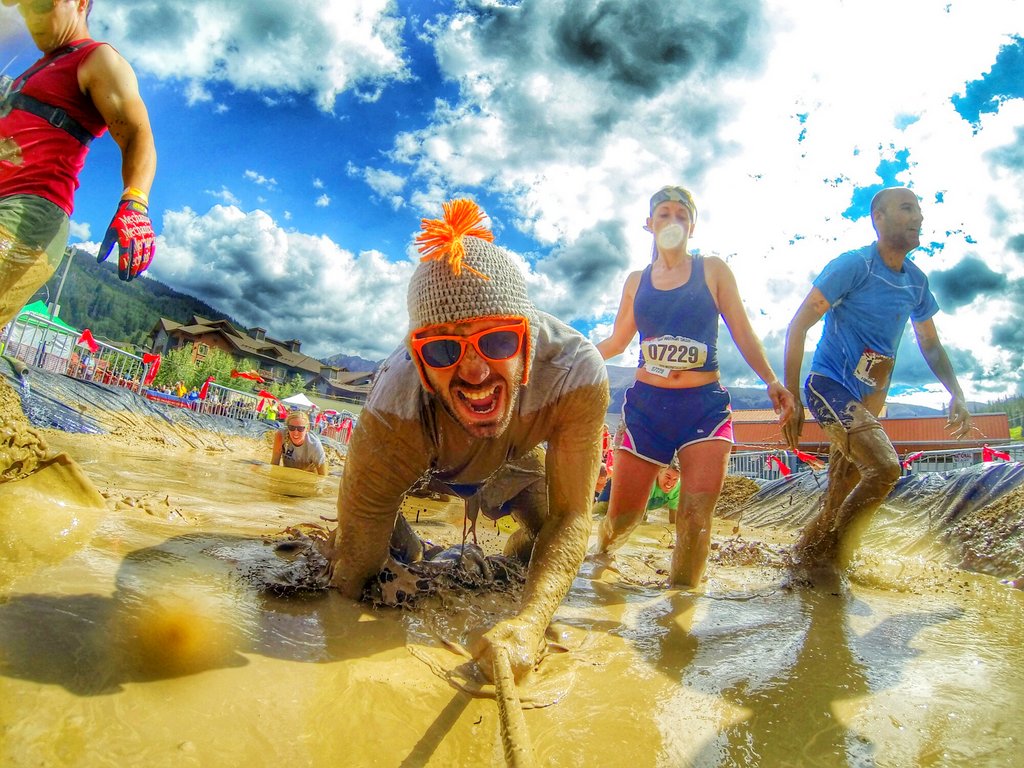 Back in August, I was hired as a digital influencer for Shock Top. For those of you who are unaware of what Shock Top is, it’s a brand of beer now brewed by Anheuser-Busch.

Shock Top was once a seasonal brew back in 2006. After taking home a few awards in the North American Beer Awards in 2006 and 2007, they started brewing year-round. Nowadays, they brew more than 7 different delicious unfiltered brews such as Belgian White, Raspberry Wheat, Honeycrisp Apple Wheat, Lemon Shandy (my personal fav), Pumpkin Wheat, Honey Bourbon Cask Wheat, Chocolate Wheat and more

Now, those of you that know me personally know that I’m not too much of a drinker. As a matter of fact, if I had to guess, I would say I probably consume about 5-10 drinks per year on average. Not because I’m against drinking alcohol or I abused it at one point or another in my life (I didn’t), but more due to the fact that I can’t seem to find a beer that I actually like the taste of.

When Shock Top first reached out to hire me for their new “Discover Unfiltered” campaign, I was psyched. Not because I was excited to try a new beer, but because Shock Top was hiring me to take part in a campaign that involved adventure, the outdoors, and fitness. Three things that I have a serious passion for.

Since Shock Top is the official beer sponsor of the Warrior Dash this year, they invited me out to run the dash in Copper Mountain, Colorado. The original plan was for Shock Top to fly both myself and Roxie (my fellow digital influencer turned friend) out to Copper Mountain to do the race and then fly us back to our respective homes the following day.

At the time, I was living in Playa del Carmen, Mexico and I wasn’t about to fly to the states for a night or two just to run a Warrior Dash. Instead, I came up with the bright idea to have Shock Top fly Liz and I to Vegas, where we would rent a car and road trip out to the Warrior Dash in Colorado. So, that my friends is how the epic 1,000 Mile Road Trip came to fruition. Big thanks to Shock Top for making it happen.

So, let’s check out some of the kick ass photos I captured from the Copper Mountain Warrior Dash, shall we?

1. Pre-race photo – Allie, Roxie, Liz, and I with the official Shock Top “Wedgehead’ car in the background. 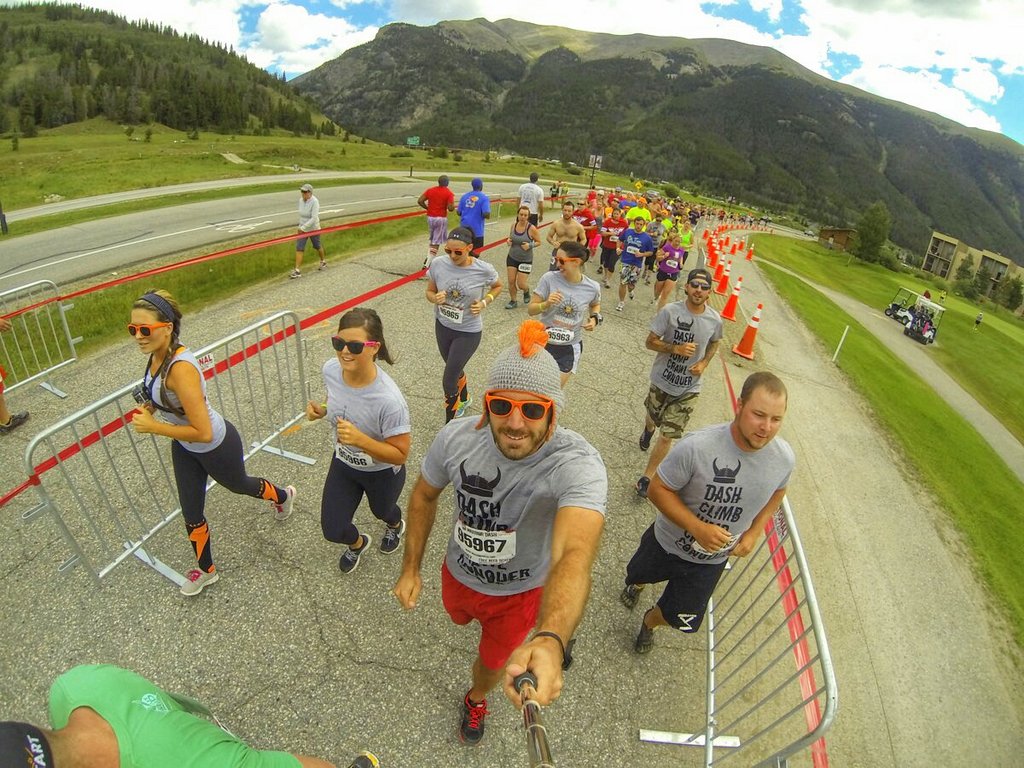 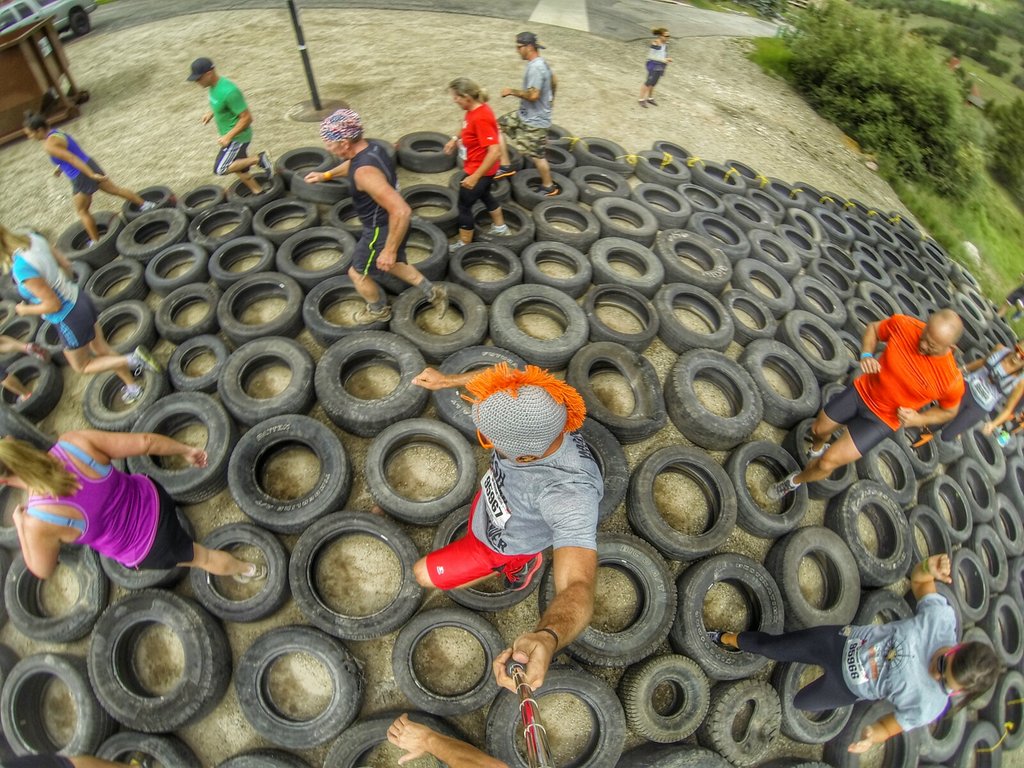 3. Here I am with my wedgehead hat ripping through the tire section of the course. 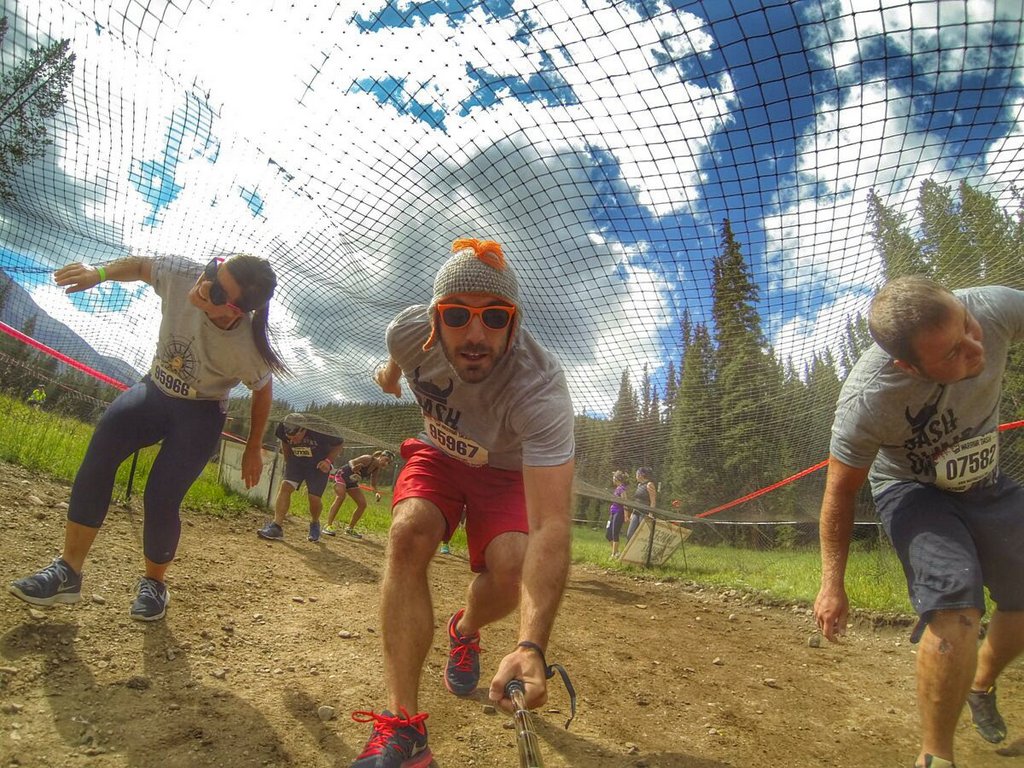 4. Here we are crouching down in order to run under the net. Seconds after this photo was taken I wacked Liz in the face with my hand while trying to simultaneously run and pick up the net at the same time. Oops! 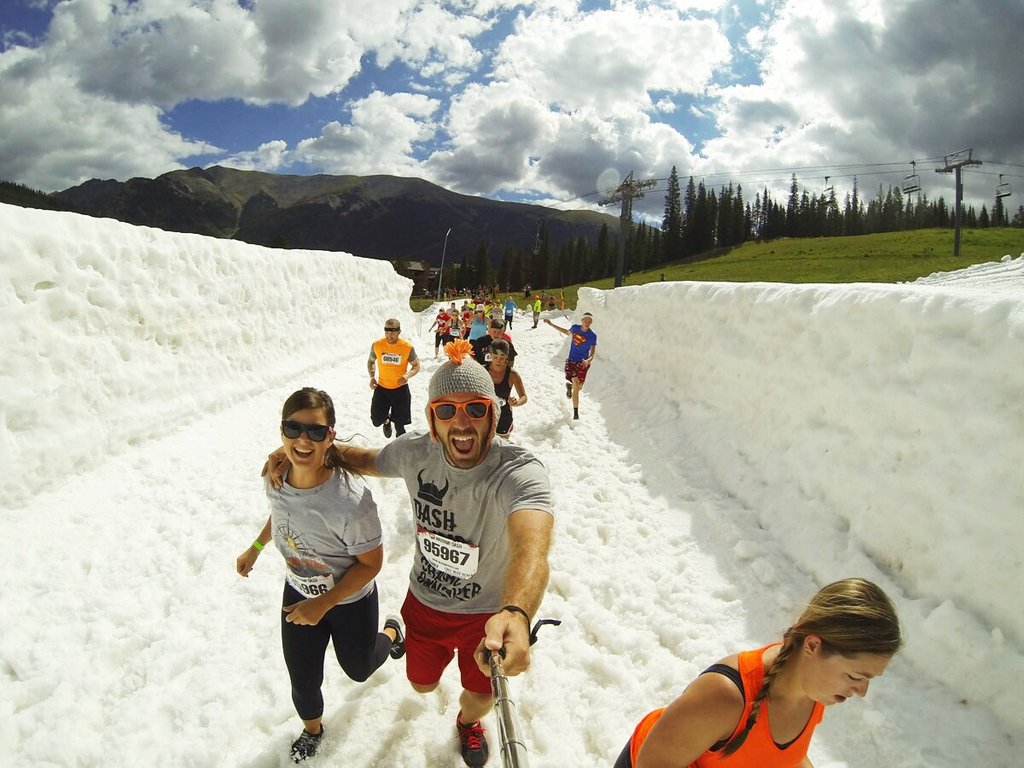 5. Snow in August? Yep! The race was being held at the Copper Mountain ski resort so they brought in some man made snow for the race. Believe it or not, running through the snow was tougher than you’d think. 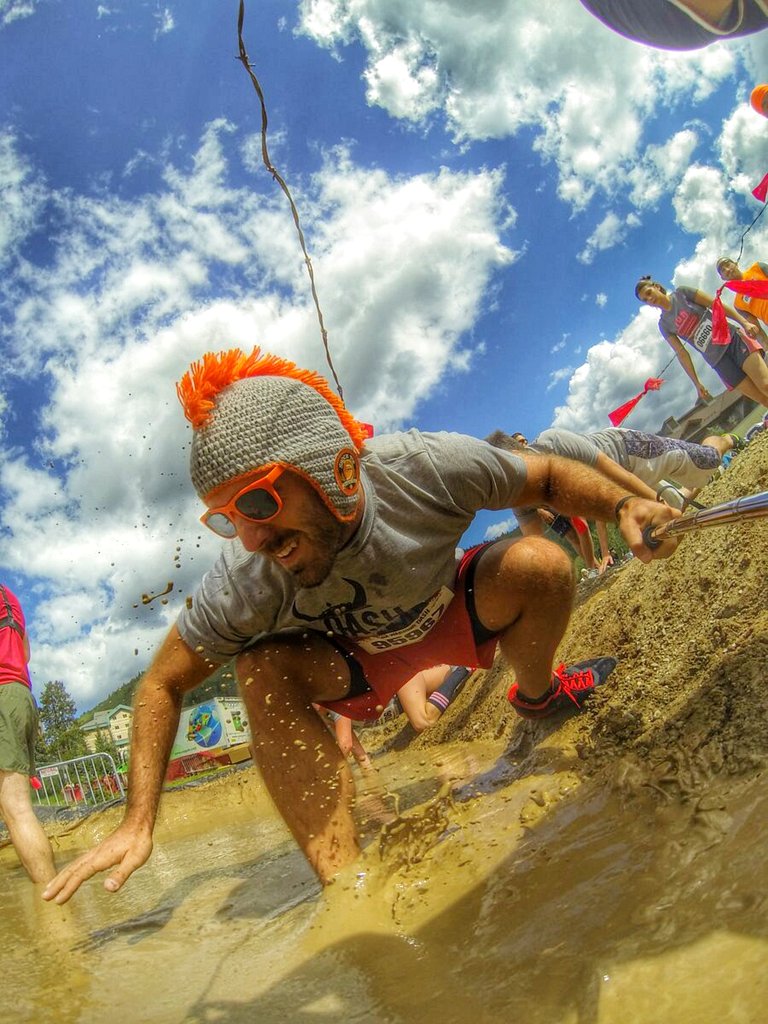 6. Entering the giant mud pit. I can’t even tell you how freezing cold this mud was. If I’m not mistaken they put blocks of ice in the mud pit to make it as cold as possible.

7. Now I’m on a mission to get in and get the heck out. At this point, I’m crawling, digging, and pushing forward through the mud as fast as possible in order to get to the other side. 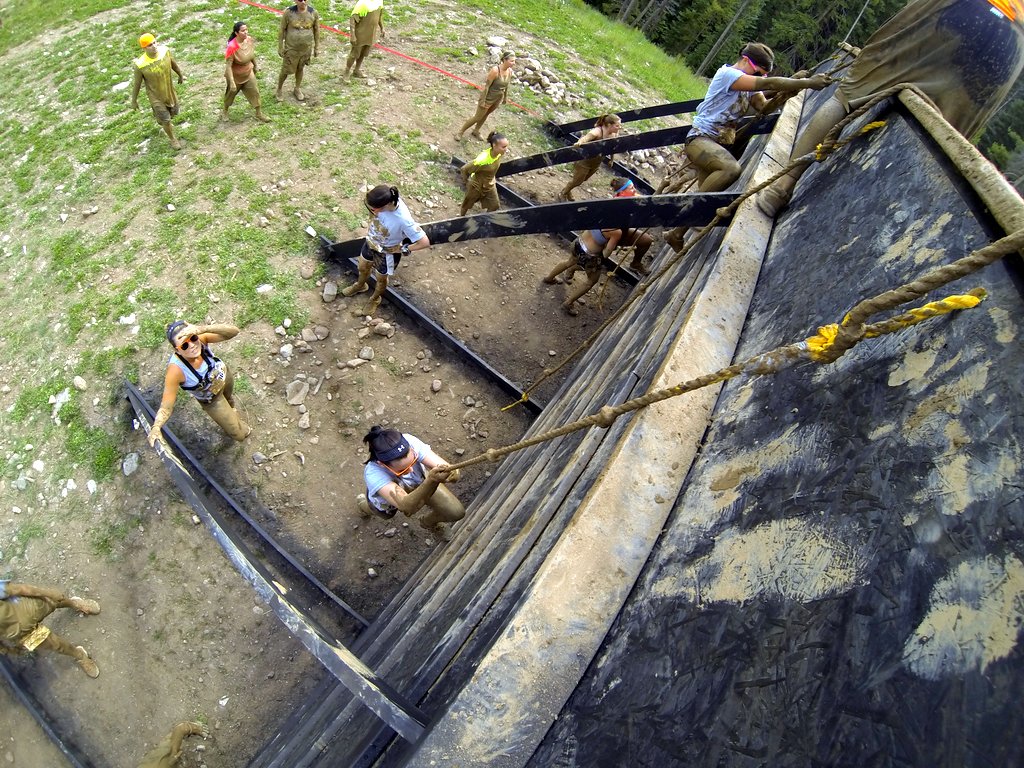 8. The wall climb! Roxie is strategically planning her route from below. 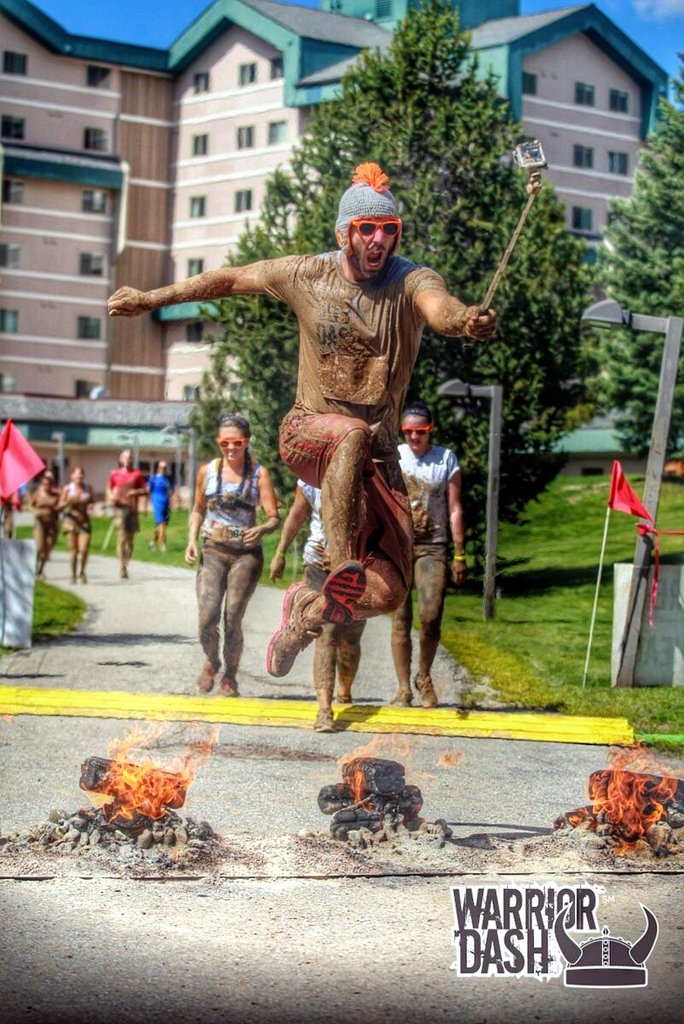 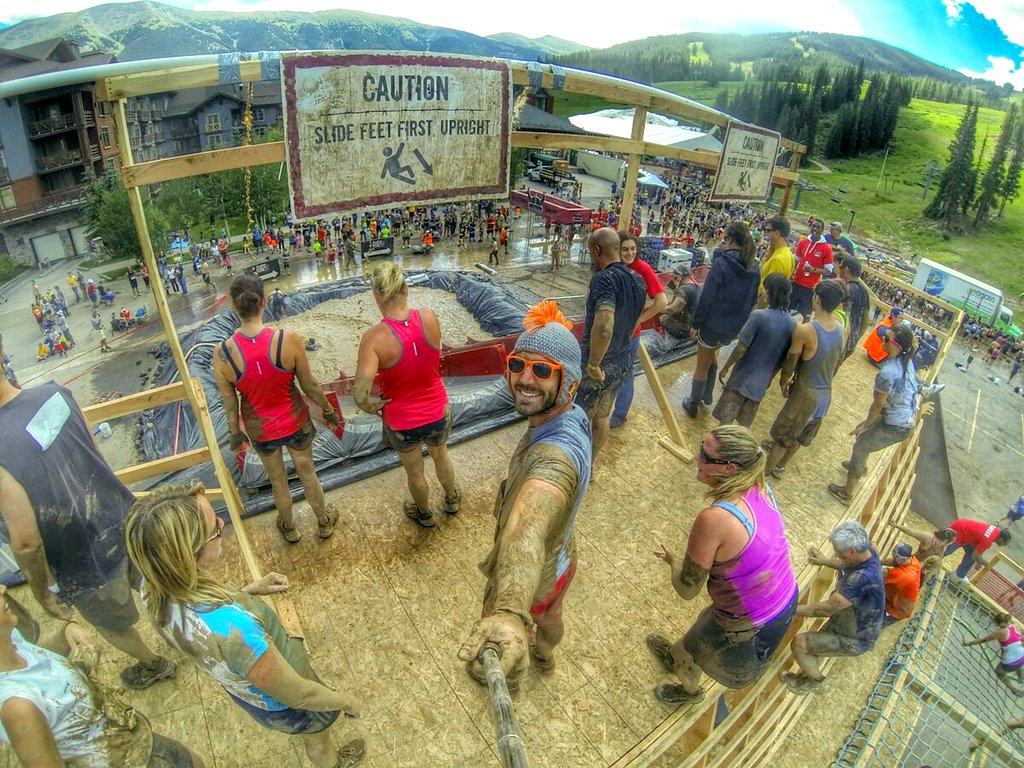 10. Waiting up for the ladies so we can tackle the final slide together. Yeah, I’m looking forward to showering at this point. 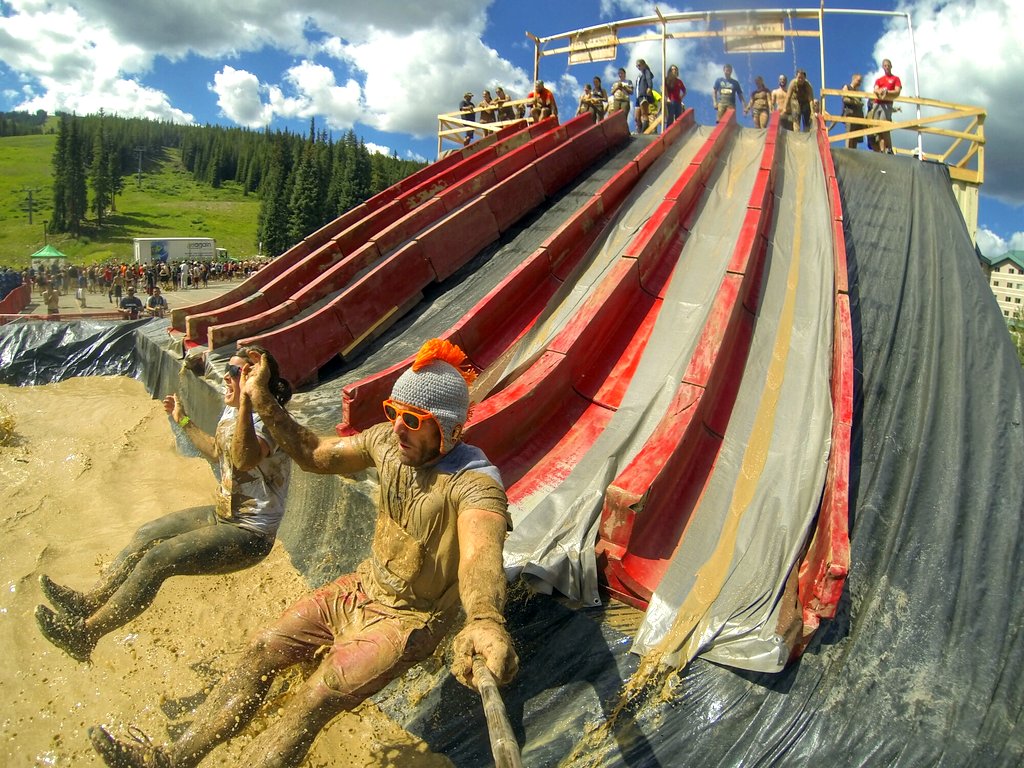 11. Liz and I hit the slide at mach speed and to my surprise it’s shallow and my bottom hits the ground like a ton of bricks. What tailbone? 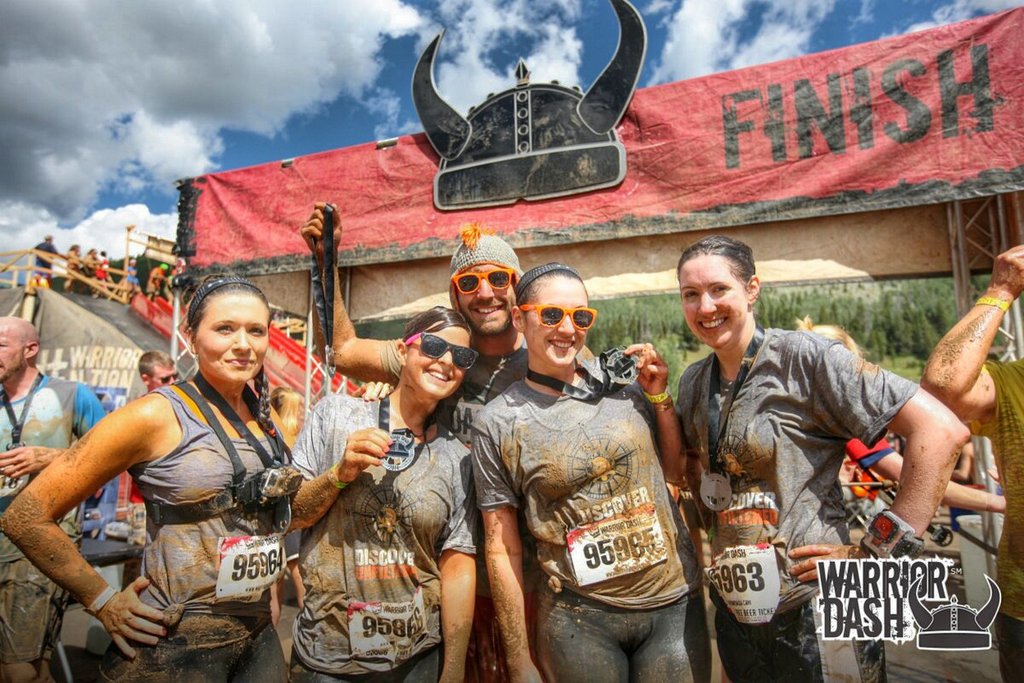 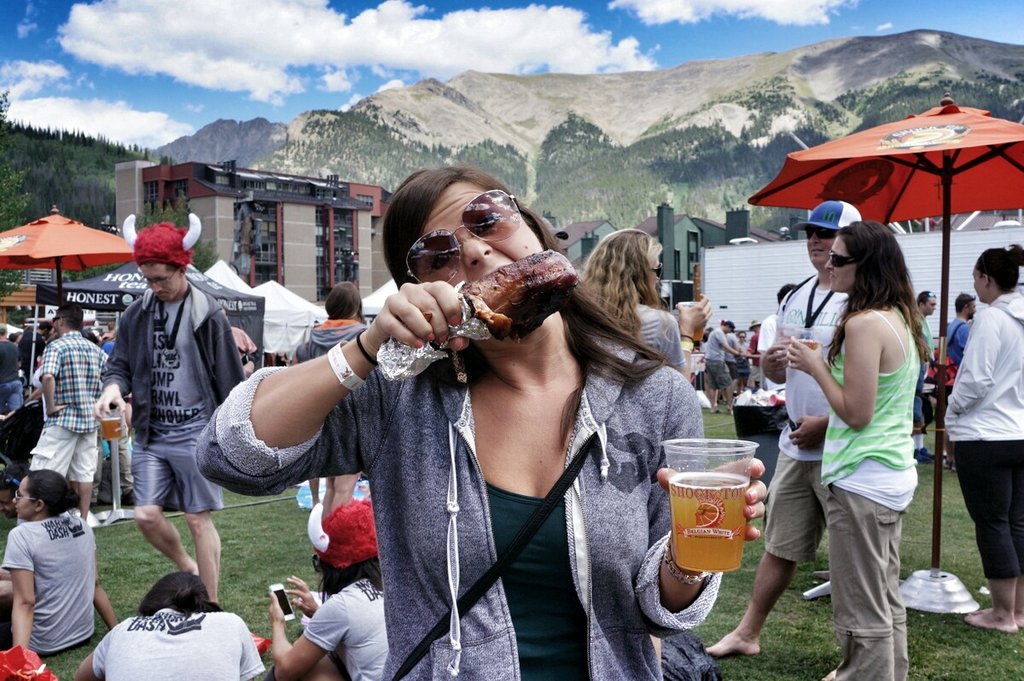 13. After finishing the dash, we headed straight for the outdoor showers that the Warrior Dash had set up not too far from the finish line. As expected, the water pressure was sub par and the lines were hectic. This so called shower served as a quick rinse before making our way to our rooms to get a legitimate shower. After getting all fresh and clean, we headed out to the beer tent where we sipped on a few Raspberry wheat Shock Tops and chowed down on a giant turkey leg, like a true warrior would. 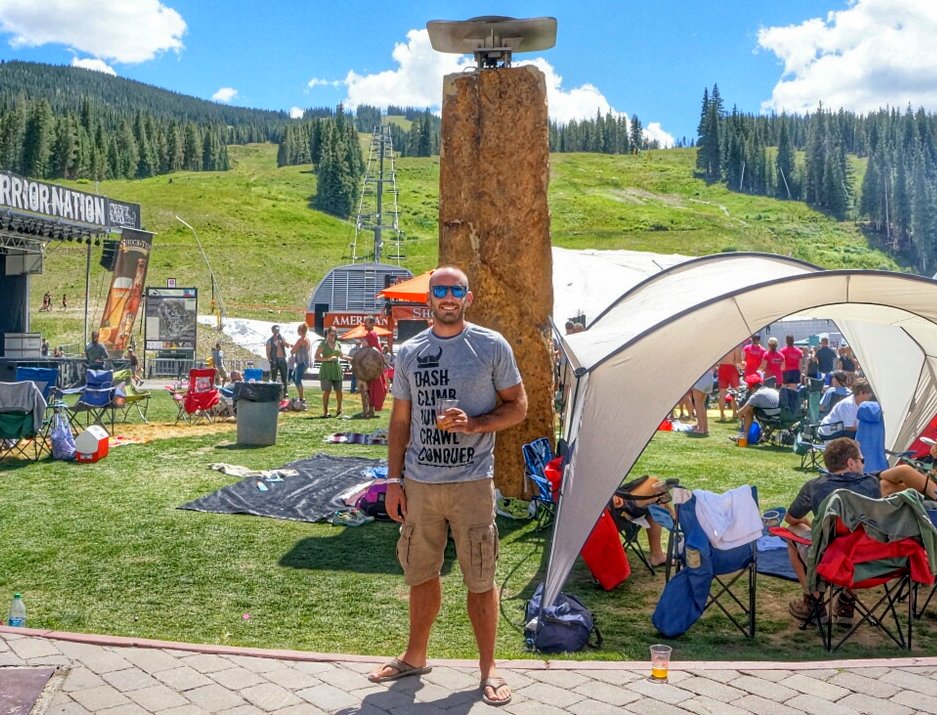 14. Enjoying the weather and the post-dash scene. 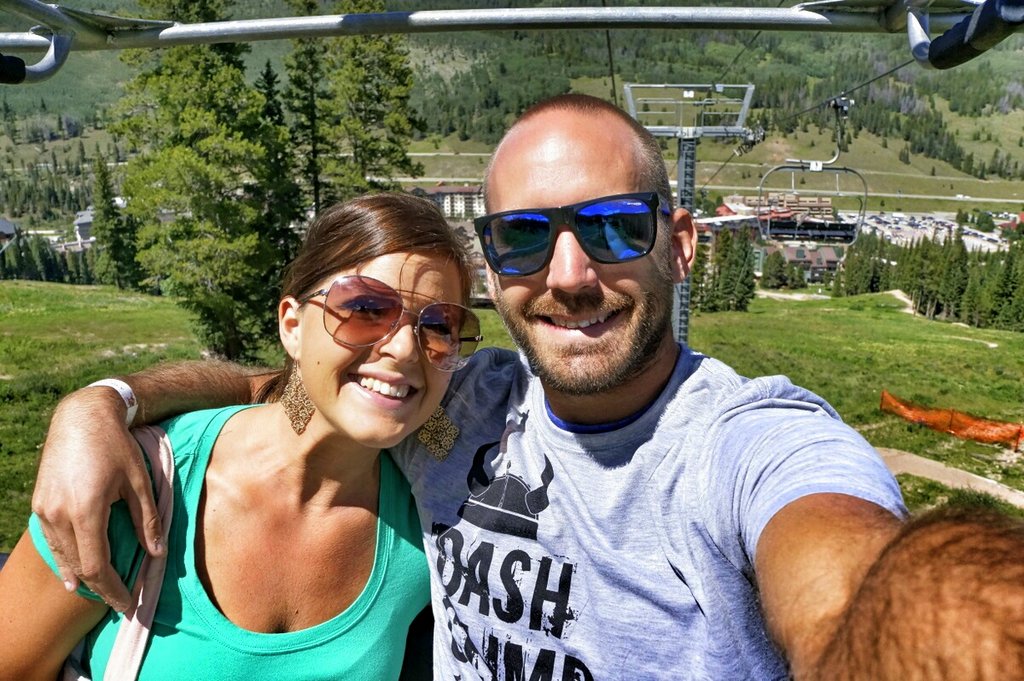 15. After getting our food fix and hanging around the Shock Top tent, we hopped on the gondola and took a scenic ride to the top of Copper Mountain.

16. The crew at the top of Copper Mountain with a well deserved Shock Top in hand.

Well, that’s a wrap. The 2014 Warrior Dash is in the bag. We had an awesome time running the race, but we’re happy as hell to be out of that mud pit.  I hope you guys enjoyed this photo post. Would you be interested in seeing more photos posts like this one in the future? If so, leave a comment below.