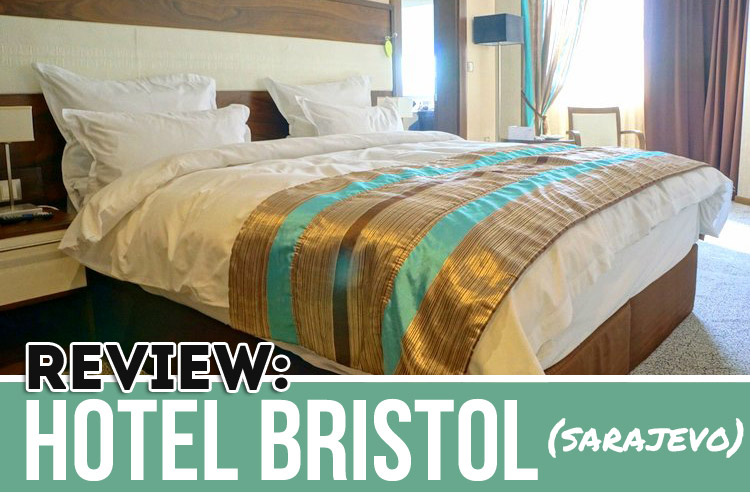 Hotel Bristol Sarajevo is a beautiful four-star hotel oriented towards those who primarily are visiting Sarajevo on business. Like many business hotels, Bristol is located in an industrial area near the U.S. Embassy, train and bus station. The property is approximately two miles west of Old Town Sarajevo.

Interesting Fact: The Bristol is located on what was known as “Sniper Alley“, a notoriously deadly road that was lined with snipers during the Bosnian War. During the war, civilians had to sprint across the road and hide behind armored vehicles in order to avoid being shot by snipers hiding in nearby buildings and mountains in the distance.

So, why did we choose to stay at a business oriented hotel for our stay in Sarajevo? Well, the answer is simple. We thought it would be nice to treat ourselves to something a little “higher end” than what we’ve been staying in over the course of the last few weeks of traveling through Europe.

Not to say that our accommodations haven’t been incredible thus far, because they have. 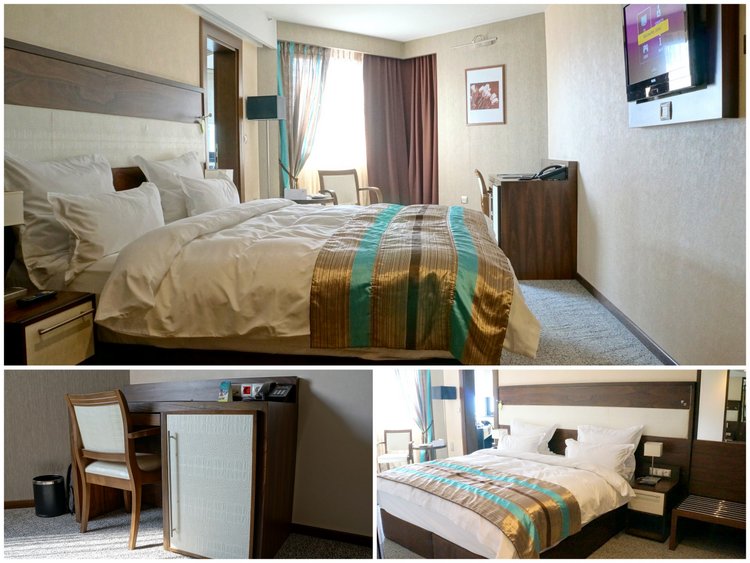 Our Deluxe King Room was bright, spacious and exactly what you would expect from just about any four-star hotel in the world. The bed was undeniably comfortable with its four-inch thick comforter and down-filled pillows.

The work desk/office space was a little on the weak side as far as we’re concerned. We felt as if it was a little too small and uninteresting for such a grand looking room. In our opinion, a nice, big, fancy desk would suit this room perfectly.

A mini-refrigerator was built into the desk and was stocked with two complimentary waters and two juices each day.

The large LCD TV mounted on the wall at the foot of the bed was never used but Liz sure enjoyed the fact that it displayed “Welcome Liz!”

Although we don’t usually make use of televisions when we’re on the road, we can only imagine what it would be like to return from a business meeting, hop into that super comfortable King sized bed and flick on the television to catch up with what’s going on in the world. 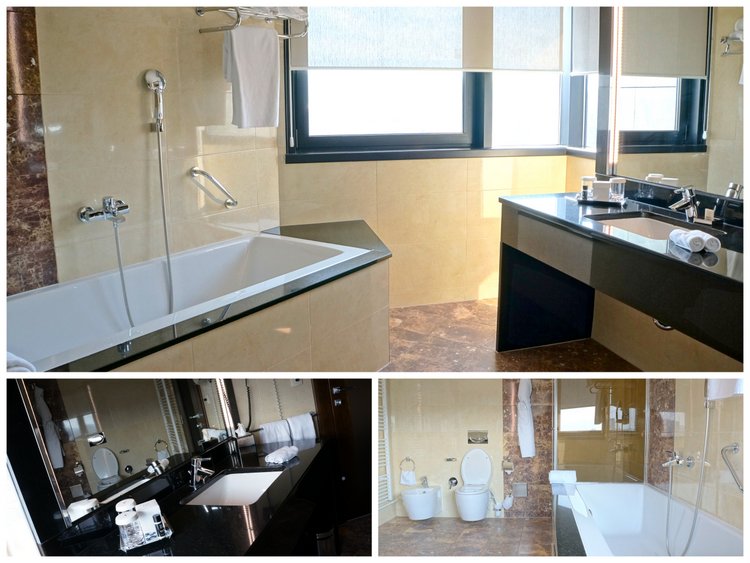 The bathroom was the definition of luxurious. It was equipped with an incredibly powerful rain shower as well as a large bathtub for those of you who like to kick back in a bath full of bubbles after a long day. 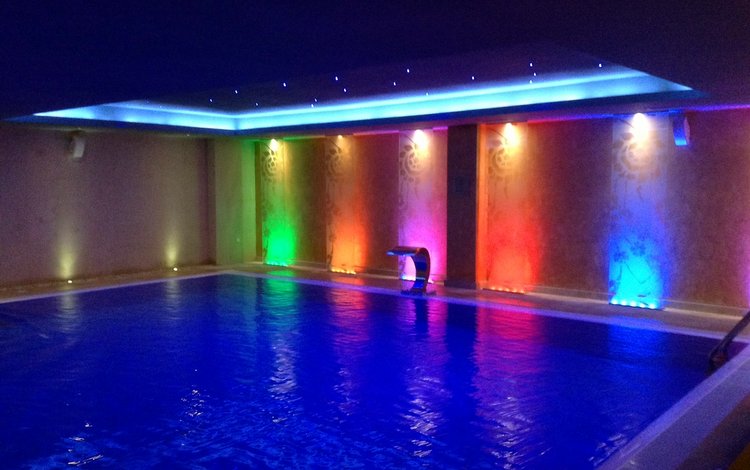 The hotel is approximately 10 minutes walking distance from the central train and bus stations. It’s a 40-45 minute walk to Old Town Sarajevo where you can find sights such as the Latin Bridge, the Romeo & Juliet Bridge, Sebilj, and more.

There are several grocery stores in the area within 5-10 minutes. Restaurants are few and far between (Recommendation: Trattoria Uno – next door to Hotel Bristol) but the hotel itself has an on-site restaurant that serves up quality food at reasonable prices.

Overall, we really enjoyed our stay at Hotel Bristol. While the hotel was a little further from town than we would have preferred, it was nice to relax and get caught up on some much needed work during our stay in Sarajevo.

We really loved having the fitness cener and pool in the hotel as well as the free buffet style breakfast each morning.

If you’re planning on visiting Sarajevo on business or you want to stay somewhere that is away from all the action, Hotel Bristol is the place to be.

We encountered a few minor issues during our stay at Hotel Bristol Sarajevo and in all fairness, it’s our job to fill you guys in on the good and the bad of our stays.

READY TO BOOK YOUR STAY?

Are you ready to book your stay at Hotel Bristol Sarajevo? If so, we highly recommend that you book your upcoming stay through THIS LINK in order to save the most money.