Top 5 Cities to Visit in Czech Republic For Beer Tasting 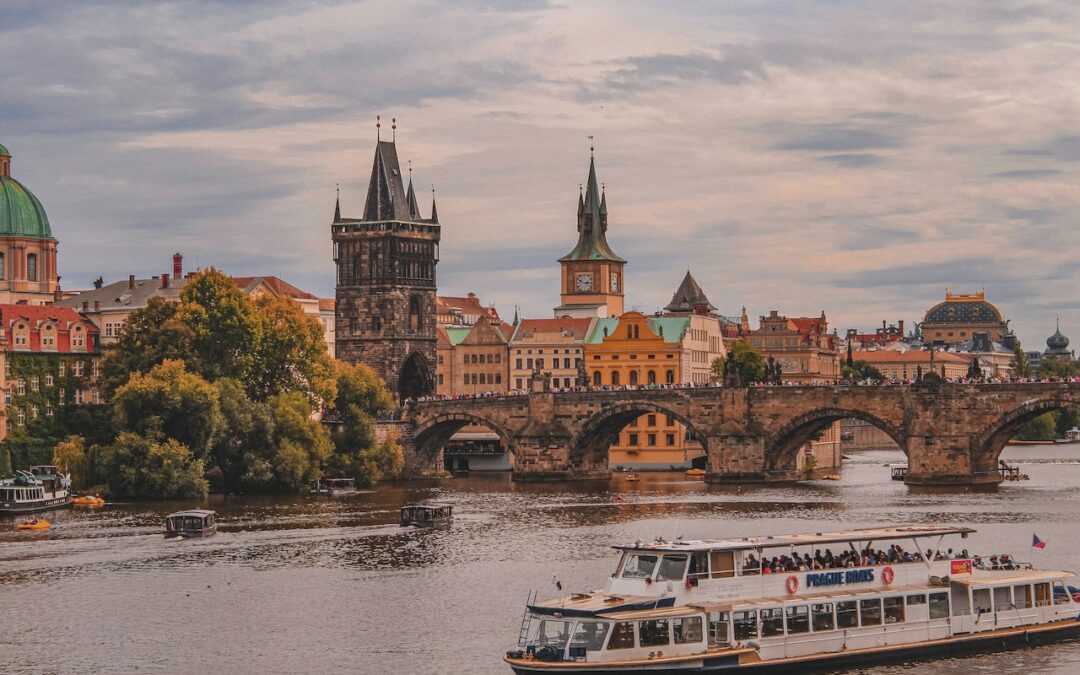 The Czech Republic is famous for many things. Such as fascinating history, cultural heritage, untouched landscapes, and friendly folk. But the most entertaining and popular tourist attraction here is the beer tasting!

Something the Czech Republic has been proud of since approximately the 12th century. So, whether you are a fan of the drink or not, not trying this out is simply an offense!

If you don’t want to find yourself stuck without data while out drinking in one of the following cities listed below, be sure to pick up one of these prepaid Europe travel SIM cards before arriving to the Czech Republic.

Check out the top 5 cities you should visit to find new, rich flavors!

Naturally, number one on our list is the capital city! The most popular brewery for you to visit here is the Staropramen Brewery, and there is no way you will leave here without tasting the most popular beers, perfected over time.

Founded in 1869, this is the second-largest distillery in the Czech Republic, so making a trip here is a must! You will get to try numerous different lagers and a few pale draught beers! You will also be introduced to the exciting history of the Staropramen Brewery and beermaking.

If you are going to the Czech Republic, Prague is probably already in your plans, so make sure to add this to make a stop here as well!

Quite a lay-lowing city in the South Bohemian Region of the Czech Republic, České Budějovice is usually not the most popular choice for tourists. Still, it is very famous for the beer industry! Travel to Budweiser Budvar Czech Brewery and get acquainted with ales and lagers and precisely how they have been brewed since 1785.

Also, make sure you listen attentively during the tour, because the history of the establishment is exciting, too! As you have probably already guessed by the name, the Budweiser Budvar Czech Brewery is connected to the USA, and their traditions have not changed that much during the years, so you will get to taste the most authentic and traditional types of beer!

Another gem of the South Bohemia region is the lovely city of Český Krumlov. Nestled in the curve of the Vltava River, the town is one of the most picturesque areas in the Czech Republic, and they make delicious beer, as well!

Visit the little medieval brewery called Eggenberg, and try out flavors that have been perfected since the 1560s. A distillery of that age has naturally been through lots of dramatic changes, so during your guided visit, not only will you get to taste the beer but also learn about the historical background of Eggenberg.

For example, in 1940, the brewery was seized by Nazi Germany, and in 1991 it was sold in an auction for CSK 75 million. At one point, the distillery even declared bankruptcy, was revived, and was eventually turned into a brewery, beer museum, and hotel. All of these interesting facts and flavorsome beer are what awaits you at the beautiful city of Český Krumlov, so make sure to visit!

The home to probably the most popular beer in the Czech Republic, Plzen, is a marvelous city located in Western Bohemia, only an hour and a half drive away from the capital city, Prague. So, write it into your itinerary immediately! Then, it is time for you to visit the brewery of Pilsner Urquell.

The brewery was opened in 1842, and it was the first one to produce pale lager, which became so popular and copied so much that nowadays, two-thirds of beer in the world is of this type, sometimes even called pils, pilsner, and pilsener, after Pilsner Urquell. The impact of this beer has been unreal, so making a trip here is absolutely necessary for every beer enthusiast and every curious mind.

By 1913 the company has produced over 100 million liters of beer all over the world and is now the highest-producing brewery in the Czech Republic.

Prepare to surprise your taste buds and try unfiltered and unpasteurized beer straight from oak barrels. Many tourists get hungry during the beer tasting, so there is a great choice of coordinated meals and snacks for you to try at Pilsner Urquell, and if you want to try the local cuisine – many restaurants nearby!

If you need help navigating through these, or any other cities in the Czech Republic, check out the Czech trains!

A small, unknown town of only 7 thousand inhabitants, Blatna is a top choice for you to visit several microbreweries. The most popular, though, is the Liqui B distillery!

Even being a small brewery, Luqui B produces more than just a beer – they make several liquors and spirits, some of which have won international awards for precise flavors and brewing traditions. It even brought home the gold medal from the San Francisco World Spirits Competition in 2018, so you know it must be good!

Enjoy the freshest and highest quality beer straight from the tank. The guides will explain the differences between types of beer, malt, origins, flavors, and also history.

However, keep in mind that you will have to make an appointment beforehand. Unfortunately, Luqui B is not always open and might be out of service when you are visiting. So, if this is your primary goal while traveling to Blatna, just do your research, and let’s hope for the best!

There is a reason for the saying popular in the Czech Republic that goes like Kde se pivo vaří, tam se dobře daří, meaning Where beer is brewed, life is good. And life is perfect here! So try to travel to as many breweries as you can, and you will see for yourself. Have a great time trying out the best beverages in the world!