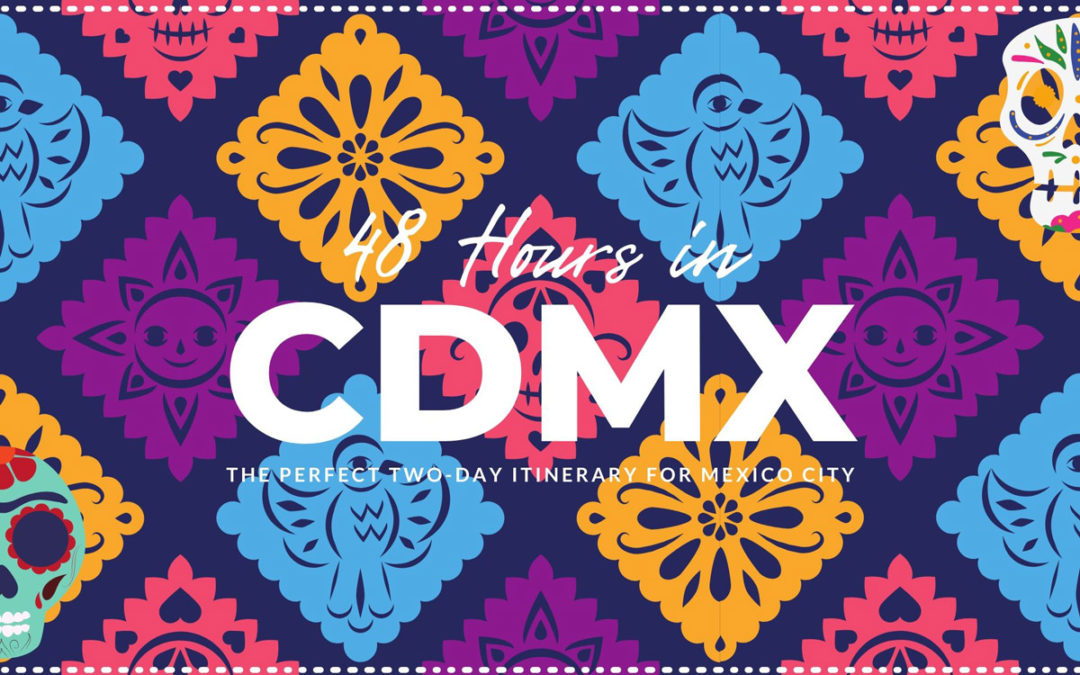 Whether you’re planning a trip to Mexico City or just on a short stopover on your way to visit other places within the country, you should make the most out of your time by visiting some of the most popular attractions in the city.

Your first day in Mexico City will include six different sights and attractions located within the Zocalo and the Reforma / Chapultepec area.

The city center of Mexico City is known as the Zocalo and is home to the Catedral Metropolitana.

You will find some of the more significant historical and cultural tourist spots here which include the Templo Mayor, Plaza de Zocalo, Catedral Metropolitana, and Palacio de Bellas Artes.

Plaza de Zocalo (also known as the Main Square, the Arms Square, or the Plaza de la Constitucion) is the main square found in the center of Mexico City.

Significant places are located along its border, including the Metropolitan Cathedral and the Templo Mayor Museum (north), the Federal District buildings (south), the National Palace (east), and the Old Portal de Mercaderes (west).

Before the colonists came to the city, though, Plaza de Zocalo was the main ceremonial center of the Tenochtitlan people.

Today, the Zocalo is a hub where Mexicans attend local festivals, occasional markets and sometimes even political protests.

The Templo Mayor, or the Great Temple, was built around 1325 in the old capital city of Tenochtitlan by the indigenous people of Mexico.

They dedicated the temple to two gods — Huitzilopochtli, the god of war, and Tlaloc, the god of rain and agriculture — who each had a shrine at the top of the pyramid.

Belonging to the postclassic period of Mesoamerican architecture, the pyramidal structure was rebuilt six times, only to be destroyed by the Spanish colonizers when they started building the new cathedral in 1521.

Thankfully, some of the structure still remains today.

In 1987, the museum of Templo Mayor was built and it was added to the UNESCO World Heritage Site list in the same year.

The Museo del Templo Mayor is open every day except Mondays, between 9:00 AM and 5:00 PM.

La Catedral Metropolitana de la Asuncion de la Santisima Virgen Maria a los Cielos (or the Metropolitan Cathedral of the Assumption of the Most Blessed Virgin Mary into Heavens) is a Roman Catholic church that was built between 1573 and 1813 and was consecrated in 1656.

Its architecture combines the three most prominent architectural styles during its construction, i.e. Gothic, Baroque, and Neoclassical.

There are no entrance fees to enter the cathedral, but there are sections that the public cannot access.

The Palacio de Bellas Artes, or the Palace of Fine Arts, is one of the most significant cultural landmarks in the city.

It was built between 1932 and 1934, and it has since hosted important artistic events and exhibitions celebrating music, dance, theater, and other forms of art. In 1987, UNESCO declared it as an artistic monument.

Aside from attending events at the palace, you can also enjoy some of its many beautiful murals on the walls and its grand architecture.

There is an entrance fee of $30 MXN (about $2 USD) to be able to take photos and videos inside of the palace.

The castle was built between 1785-1864 and became the official residence of Emperor Maximilian I of Mexico between 1864 and 1867.

It later became the official presidential residence until President Lazaro Cardenas, the 44th President of Mexico, declared it a museum in 1939.

Chapultepec Castle remains a museum to this day and the price to enter is $80 MXN (approximately $4.25 USD).

El Museo Nacional de Antropologia (or the National Museum of Anthropology) is a national museum located within the Chapultepec Park.

There are several exhibits within the museum featuring artifacts from ancient civilizations and the cost of entry is 80 MXN (approximately $4.25 USD).

Hours of Operation: The Anthropology Museum is open from Tuesday to Sunday between 9:00 A.M. and 7:00 P.M.

Evening Visit to a Museum (Optional)

If you want to make the most out of your stay in Mexico City, I recommend you visit both the Soumaya Museum and Jumex Museum during the evening hours.

El Museo Soumaya, or the Soumaya Museum, is a non-profit cultural institution at the capital city is home to more than 66,000 works of art.

Here you can find artifacts from pre-colonial Mesoamerica, Mexican art from the 19th and 20th centuries, and European art from both old and modern masters.

Aside from paintings and other art pieces, you can also attend concerts and other events.

In November 2013, Eugene opened Museo Jumex, an institution dedicated to contemporary art, where some pieces from his collection are displayed.

Hours of Operation: Tuesday to Thursday (hours vary) and the general admission fee is $50 MXN (about $3 USD).

After covering the majority of the sights in the Zocalo and Chapultepec area, now it’s time to visit some more recommended attractions in the south fo the city.

On day two, you’ll be heading to Coyoacan and Xochimilco — you can decide to do this independently or with a small group tour.

The area known as Coyoacan is located approximately 20-25 minutes drive from the Zocalo and Catedral Metropolitana area without traffic.

The Blue House in Coyoacan is where the renowned artist Frida Kahlo was born.

It was also her family home, and though she lived in different cities all over the world, she always returned to this place.

In 1958, four years after her death, the house was turned into a museum.

Leon Trotsky was a politician and Soviet revolutionary who was exiled from Russia in 1929 because of his outspoken criticisms against Joseph Stalin.

He and his wife Natalia Sedova moved to Mexico in 1937.

Their house, which has been turned into the Leon Trotsky House Museum, is where Trotsky was assassinated by Ramon Mercader, a Spanish communist and NKVD agent.

Aside from honoring Leon Trotsky, the museum also works as an organization that promotes political asylum.

Jardin Centenario, also known as Parque Centenario, is the central plaza of Coyoacan where the iconic coyotes fountain can be seen.

Here, you’ll find a variety of cafes and street vendors selling Mexican delicacies all around the park.

Parque Centenario is a great place to stop for lunch on your way to my next recommendation, Xochimilco.

Your last stop of the day will be to Xochimilco, also known as the floating gardens of Xochimilco — located approximately 30 minutes from Coyoacan.

Xochimilco was declared a UNESCO World Heritage Site in 1987.

As soon as you arrive, you’ll instantly notice all of the colorfully painted boats which you can hire to take you on a ride down the canals.

It is said that the Aztecs from ancient times built floating gardens in these very waters and today you can enjoy a nice day on the canals with mariarchi bands and vendors providing entertainment, food, and artisan products during your tour.

If you’re interested in experiencing a little bit of Mexico City’s nightlife on your final night in the city, I recommend you check out the following establishments.

Locations that are marked with an asterisk * are my favorite nightlife spots in the city.

If you’re looking for more ways to maximize your time in Mexico City, I recommend you check out 8 of the Best Airbnb Experiences in Mexico City.