A Failed Attempt at Hitchhiking in Ometepe 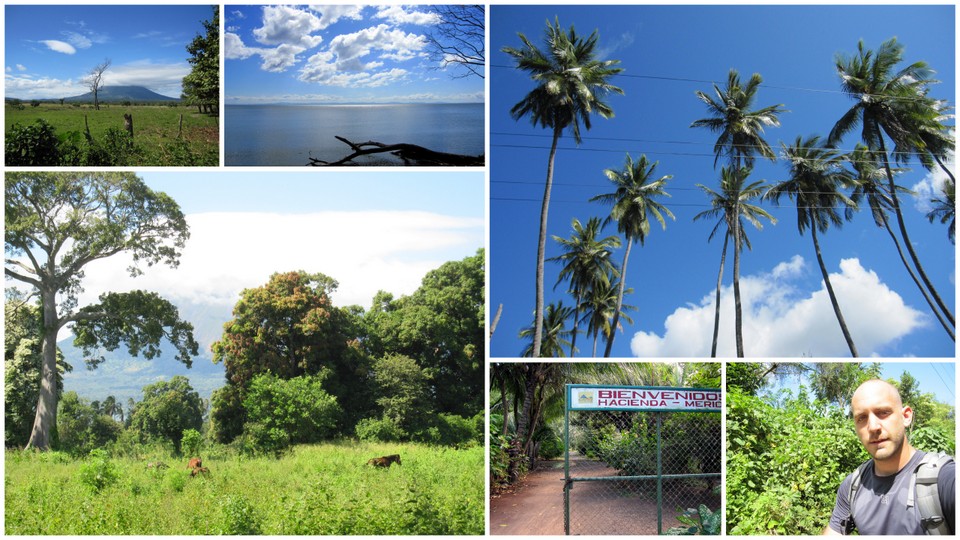 Did you miss: Take me to Isla de Ometepe? If so, be sure to check it out!

After spending the night at Hostel Ibesa in Moyogalpa, I woke up early and made a quick stop into Hotelito Aly for some breakfast. Since it was Sunday it meant that I would likely run into an issue catching a bus out to Merida. I asked a few people in town when the next bus would arrive and nobody seemed to know. Everyone had that “Ohh, I’m not sure you’re going to be able to catch a bus today because it’s Sunday” response. Supposedly not much happens on Sundays around these parts. It’s as if everything comes to a standstill of sorts. It’s not only the transportation that shuts down, some of the local restaurants and shops are closed as well.

Next thing I know a bus pulls up out of nowhere and it’s headed to Altagracia. No, it’s not where I want to go but it’s headed in the same direction.

I created this little map to show you my progress and how I managed to make my way to Merida via the Chicken bus (Red Line) to Altagracia, a mini bus from Altagracia (Blue Line) to Santa Cruz, and then walked the rest of the way (Yellow Line). 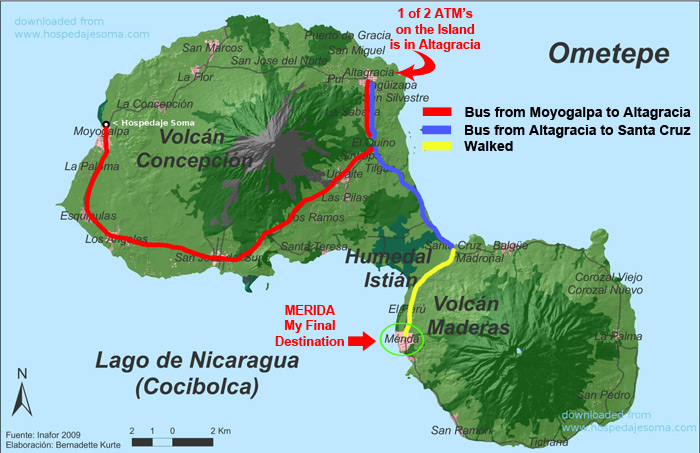 Once I arrived in Altagracia I stopped into the islands only working ATM to stock up on some cash. Nicaraguan Cordoba to be exact. Looking back, I’m glad I hit the ATM in Altagracia because little did I know it was the only working ATM on the entire island of Ometepe. There is an ATM in Moyogalpa as well but I hear it’s very unreliable. Don’t forget to get your cash in Altagracia!

I jumped in a minibus that was headed towards Balgue, another popular destination on Ometepe. I couldn’t decide if I wanted to go to Balgue or not so at the last minute before my bus made the left turn after Santa Cruz and started to head towards Balgue I jumped off of the bus.

Note: After Santo Domingo the road turns from paved to dirt and has giant potholes that go on for the rest of the journey. This means that your bus will now be going at the speed of your walk. No, really! 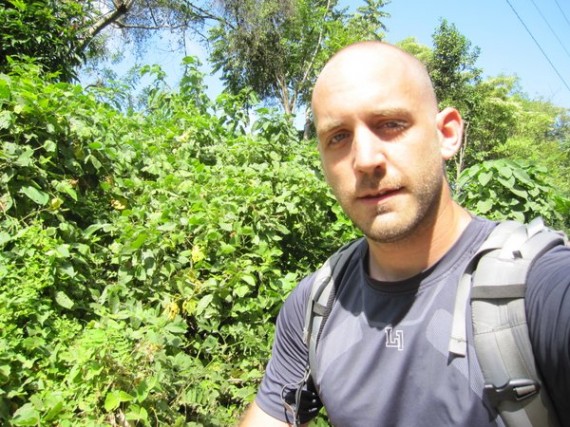 Making the 4 mile trek from Santa Cruz to Merida

Walking from Santa Cruz to Merida 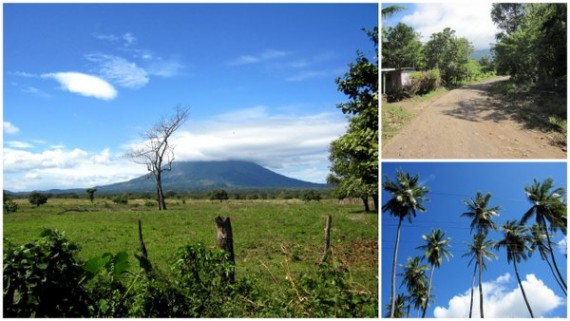 The Beautiful Scenery of Ometepe

Along the way, I told myself (yes, I was talking to myself) that I would throw out my thumb and attempt hitchhiking if the sun got too hot but that never happened. Not because the sun didn’t get hot but because not one single car passed in my direction in the hour and a half it took me to walk to Merida.

Take a look at the road I was walking along. Talk about middle of nowhere! 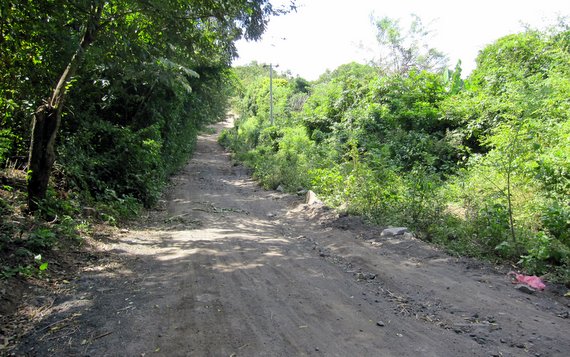 During the walk I stumbled upon some pot bellied pigs, and roosters running around in the brush. There was cattle lying down in the shade at the side of the road, more than a few anorexic dogs running wild, and horses grazing in the fields. I was in no rush to get to Merida so I made sure I stopped every now and then to take photos and make small talk with the locals. 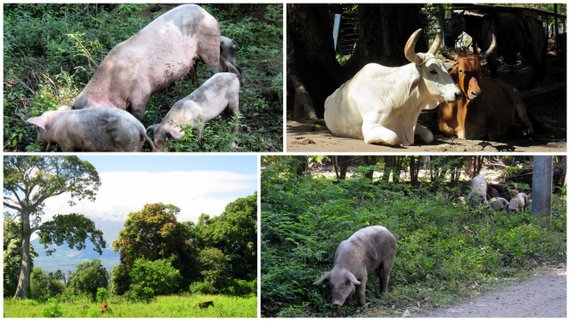 Met all sorts of animals along the way...

Throughout the walk to Merida I reflected back on my time spent in Nicaragua thus far. Now that I think of it, I actually do a lot of reflecting when traveling alone. Don’t you? (*Crickets*). I was thinking back to my first day in Nicaragua, my yummy Thanksgiving Dinner in Granada, my first Professional Nicaraguan Baseball Game, my two day volcano trek in Leon, and more great memories that I’ve created here so far.

Considering I had no clue how much further I had left to walk, I was constantly looking forward to seeing what was around the next bend in the road. After turning one of the last few corners, I knew that I was getting close. I officially made it to the edge of Lake Nicaragua! 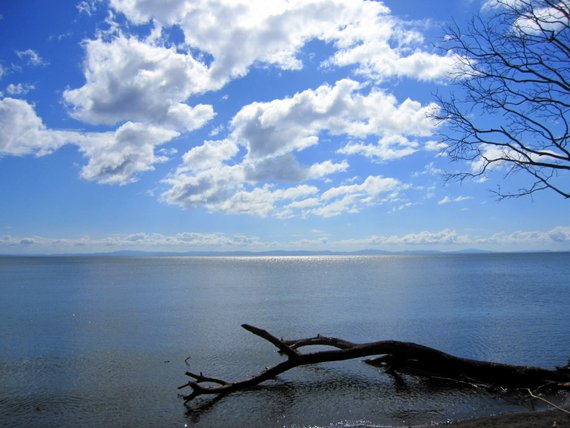 Three minutes later, I arrived at my new home for the next few days. 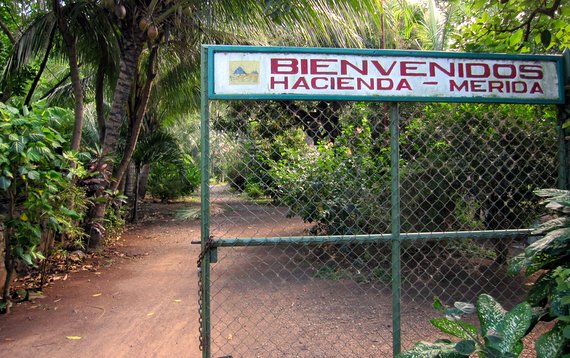 When I arrived at the front desk of Hacienda Merida I was greeted by a nice young man who spoke perfect English. Before I knew it, I was all checked into a quiet little 6-bed dorm room for $6/night. My bed was the bottom bunk straight ahead against the wall (see photo below). 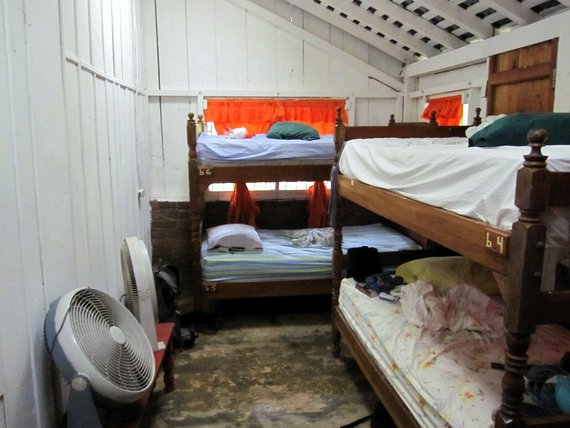 Once I was all settled in, I took a nice long cold shower. It was really nice to rid myself of the sweat I was covered in from the walk. After the shower I spent some time stretching out in a hammock in the common area, catching up on emails and chatting with a few guests. I have to admit that I’m really liking the relaxing environment here at Hacienda Merida. Looks as if I’ll be here for a while…