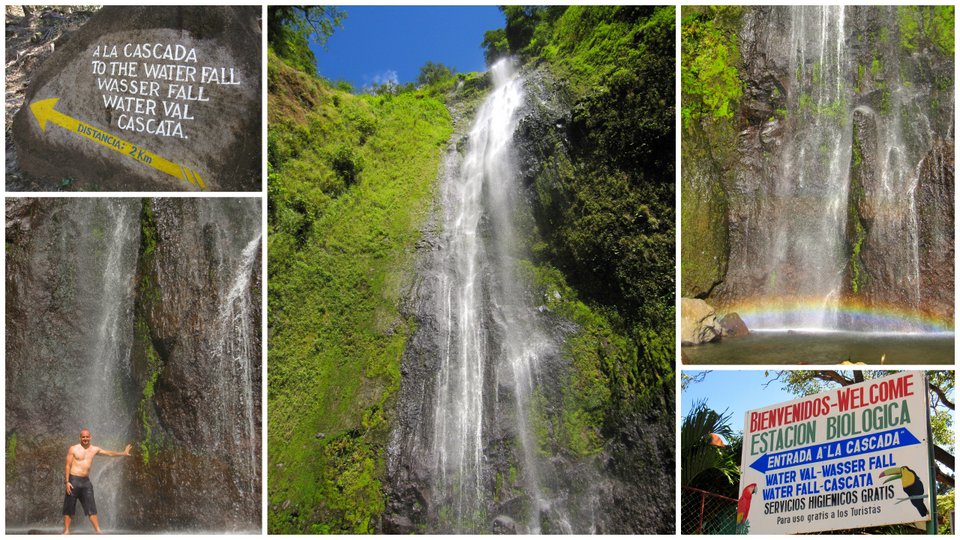 Did you miss: Finca Mystica – Ometepe, Nicaragua? If so, be sure to check it out!

Myself and a friend that I met at Hacienda Merida made the hike out to San Ramon during my visit to Ometepe and it was one of the coolest things I did during my time on the island. Although, that doesn’t say too much because I did a lot of lounging around while there. Either way, check out the photos below and you’ll understand why the San Ramon Waterfalls are a must see when in Ometepe. 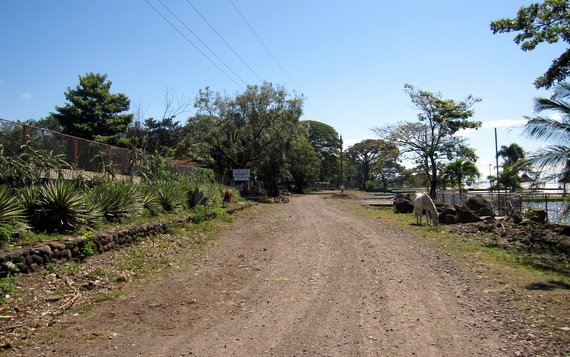 The dirt roads of Ometepe. Yes, that's a wild horse on the side of the road...

We walked about 3.2 miles of dirt roads from Hacienda Merida to the entrance of San Ramon Waterfall. The temperature was easily in the high 80’s so we were sweating profusely by the time we arrived at the entrance. 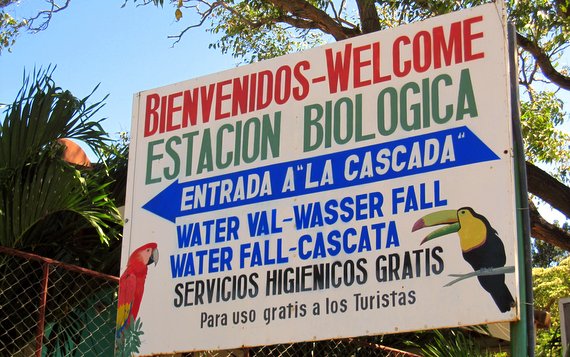 At the entrance we found a guy eagerly waiting with his hand open. We paid him the $2 USD entrance fee and went on our way. As soon as you enter the gates you’re met with these beautifully maintained gardens, lush green grass and a view of Volcano Maderas like none other. 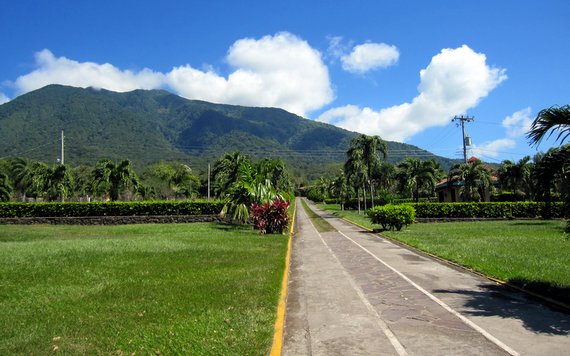 You walk along a paved path, a rare find in these parts of Nicaragua. You think to yourself… “Wow, if this path runs the entire way up to the waterfall, we’ll be there in no time!” Not so fast… 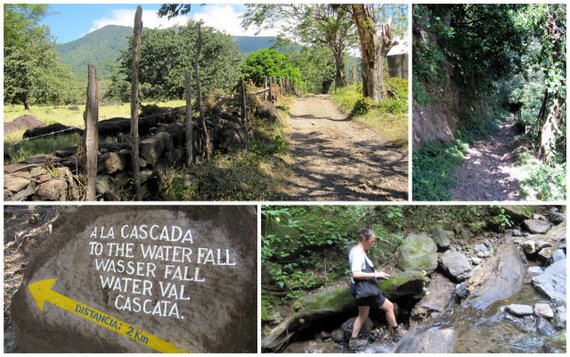 On our way to the San Ramon Waterfall

After about 3-5 minutes of walking on the paved path it quickly turns into 2.5 miles of loose rock and gravel. By the time you reach the San Ramon Waterfall you have traversed all sorts of terrain including dried up river beds, steep enbankments, ducking under and over fallen trees, and more.

After about an hour and forty five minutes of hiking, my friend paces herself and stays behind while I head on up a little further in hopes that the waterfall is right around the next corner. As soon as I turn the final corner I see the falls… 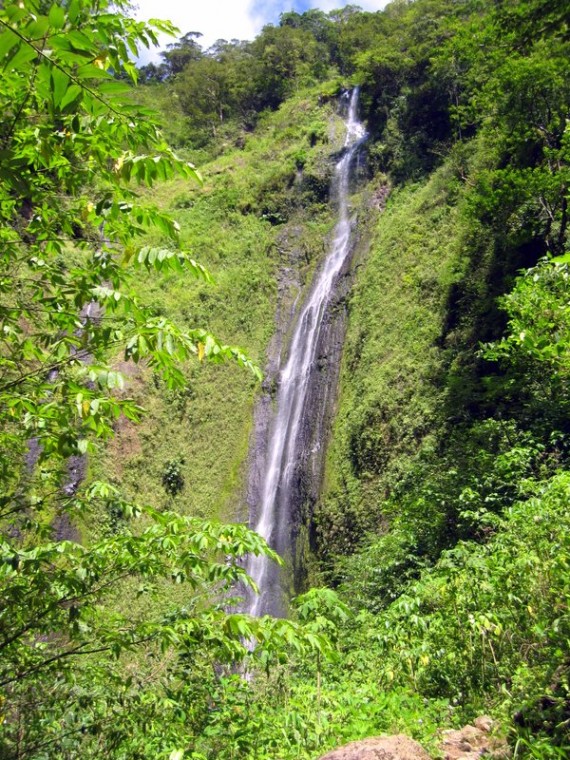 Catching a glimpse of the San Ramon Waterfall

To see the San Ramon Waterfall in all of it’s glory was pretty cool but after hiking over 6 miles through the intense heat, the only thing I was thinking about was getting undressed as quickly as possible and getting underneath those falls! 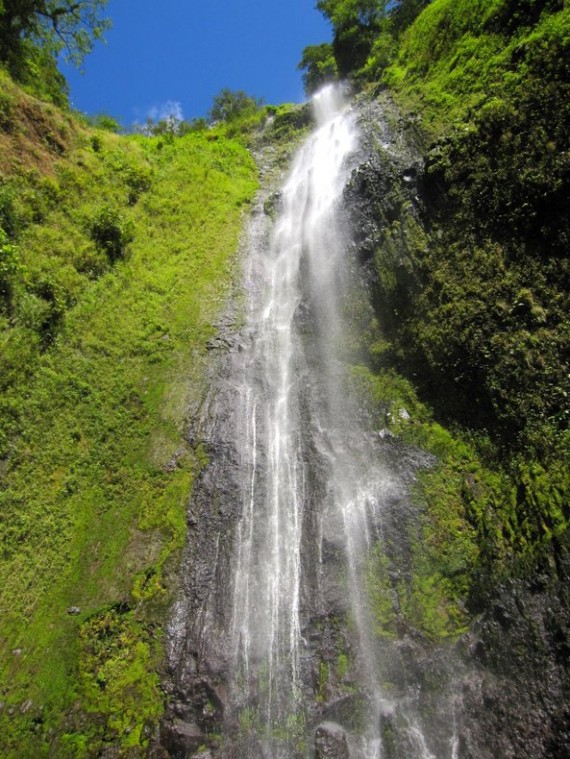 It’s tough to explain in words how great it felt to be standing underneath the falls after hiking all that way. 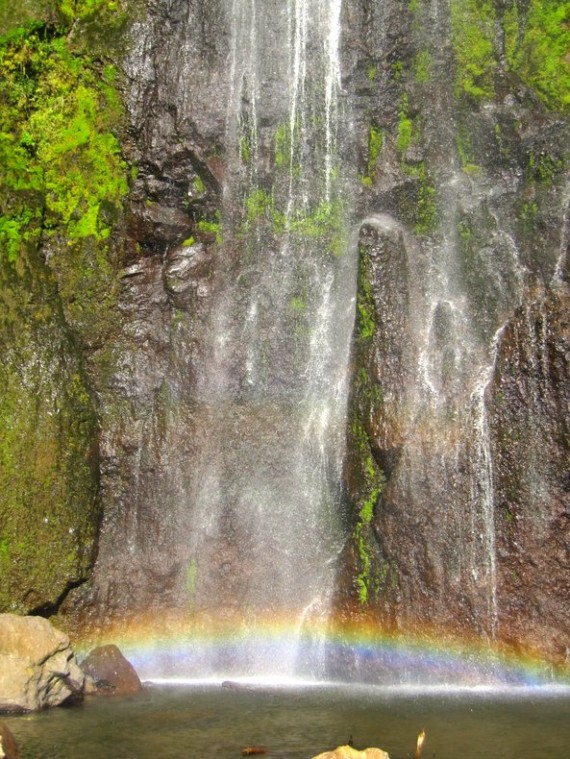 A rainbow to finish off the day...