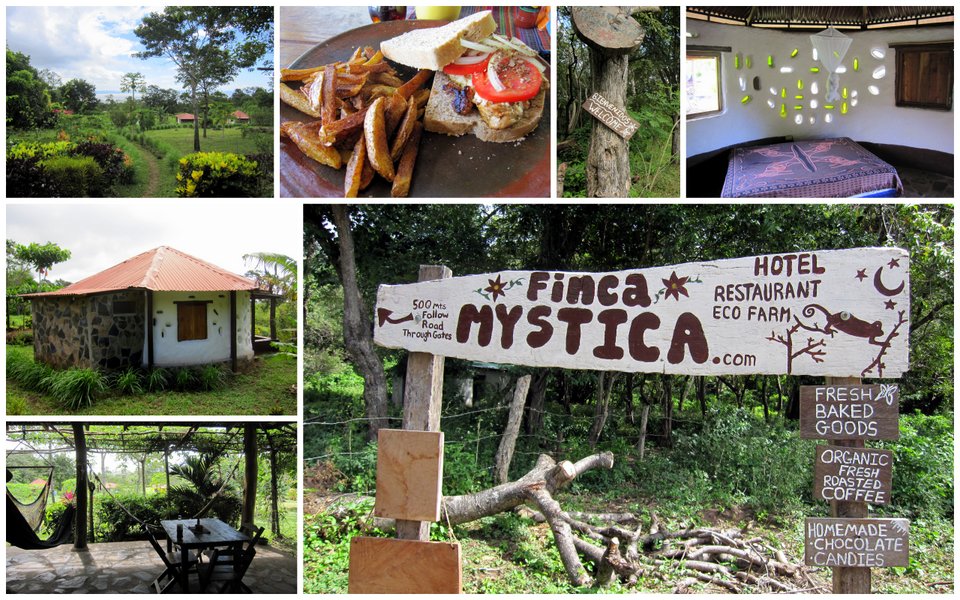 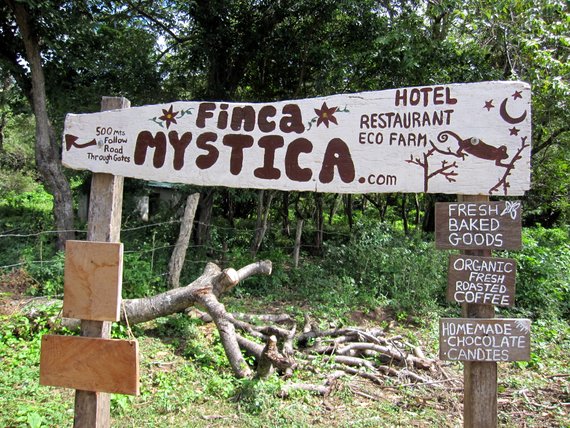 After an adventurous day of Kayaking Lake Nicaragua with my new friend Ben, we made our way over to a little gem of a place called Finca Mystica for lunch.

Finca Mystica is set back about 1/3 of a mile off of the main road that runs around Volcano Maderas on Ometepe. Ben had mentioned he passed by it while running the other day but what really sold me on it was the fact that the sign said “Homemade Chocolate Candies“.

As we walked up the bumpy dirt road towards Finca Mystica, we passed through some lush farm land and even encountered a few stray cows along the way. 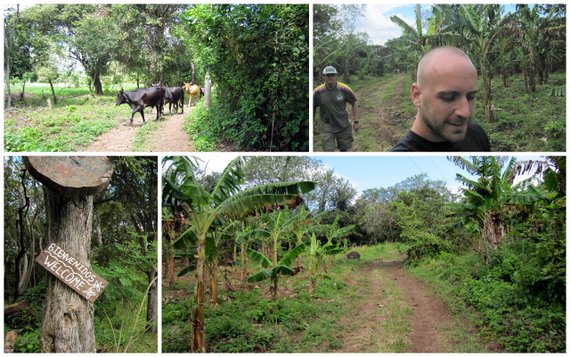 Upon arriving we were greeted by both Ryan and Angela, who are not only one of the friendliest couples on earth but also the owners of Finca Mystica. Ryan and Angela are expats from New Jersey, of all places! You can read more about how they ended up in Ometepe over on their about page.

Ben and I got comfortable, ordered our meals and enjoyed the views of the Finca Mystica gardens. Imagine spending a week out here? It just might be the most relaxing and peaceful week of your life… 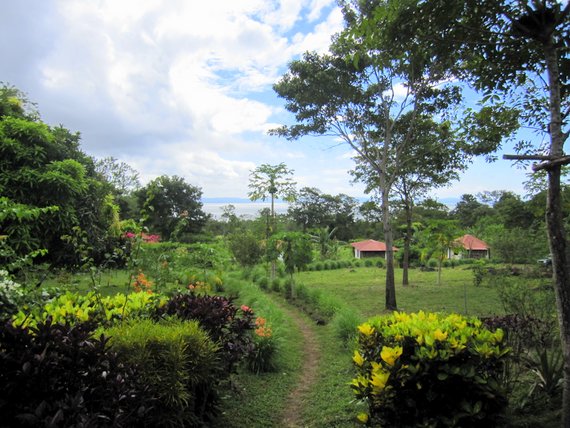 Ryan had spent years traveling around the world and learned how to build houses from cob during his time volunteering in Southeast Asia. He brought his building skills here to Nicaragua and built four beautiful cob cabins, two of which are completely circular. 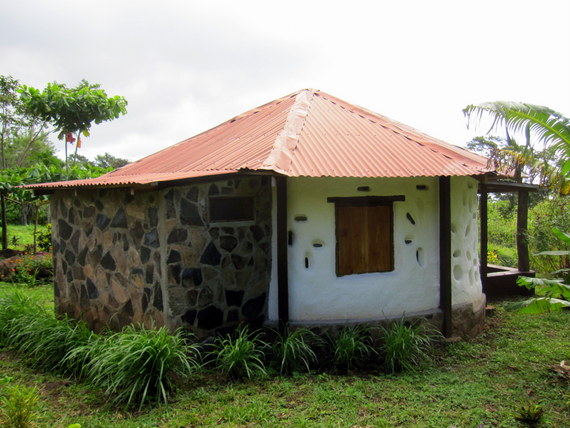 Cob is an ancient technique using soil, aggerete, rice straw, and horse manure. We mix these ingredients together and hand sculpt the cabins over the foundations as if it was clay. – Ryan

What makes these cabins so much more incredible is the way Ryan incorporates wine bottles into the design. Once the wine bottles are set into the wall and all is said and done, they serve as windows for the cabins. 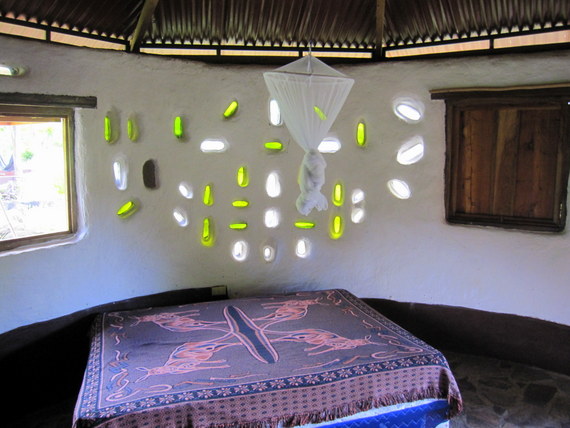 Once our lunch was served we couldn’t help but focus our attention on the sandwich in front of our eyes. The smell of fresh pepper, grilled chicken and home made brown bread was making me salivate.

Angela is the queen of the kitchen here at Finca Mystica, and for a good reason. She knows how to cook a meal that will keep you coming back for more. The menu at Finca is pretty extensive as they serve Breakfast, Lunch, Dinner, Desserts, a variety of fresh juices, and delicious smoothies! 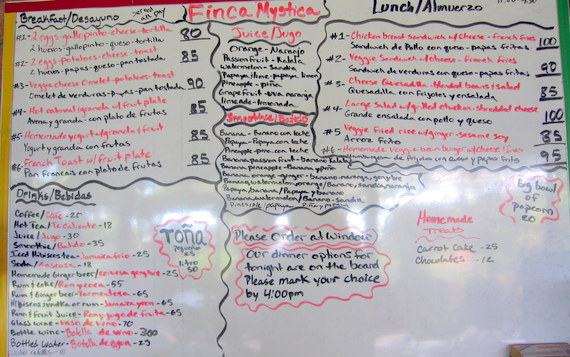 Each day, Angela cooks up an assortment of homemade treats. Some days it’s carrot cake and raw chocolate. Other days it’s her famous home made brown bread. Either way, if you decide to head on up to Finca you’ll be sure to leave with a full stomach and a smile.