10 Things That Cannot Be Missed in Cairo 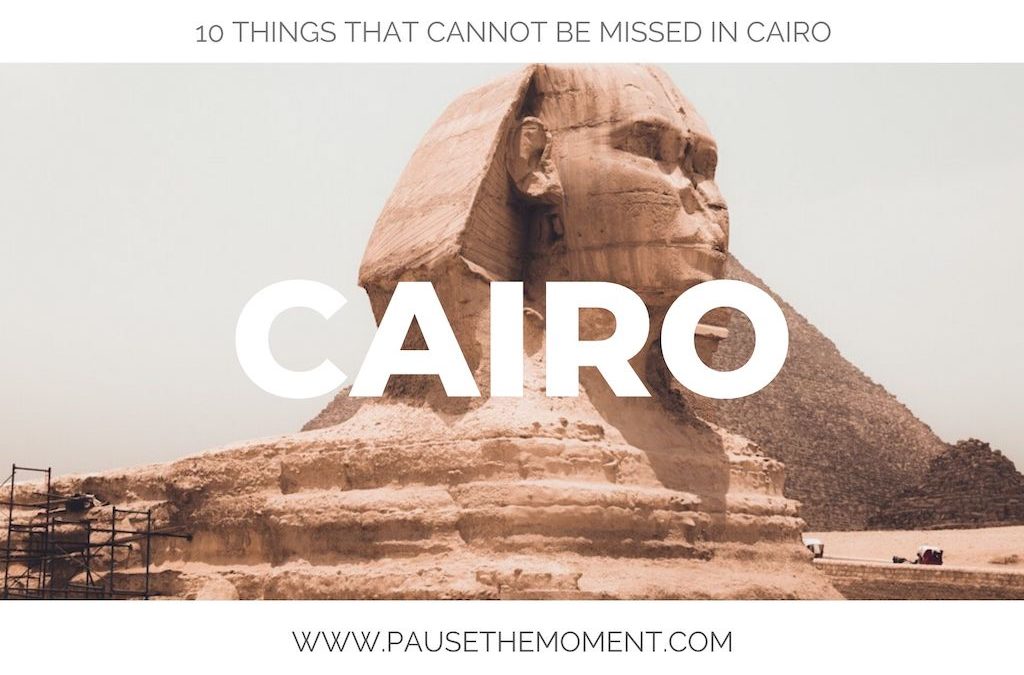 Cairo is the capital city of the great and ancient nation of Egypt.

It is the largest metropolitan area in the middle east and one of the largest on the African continent.

The city is engrained in ancient Egypt and many of its tourist attractions stem from those times, such as the Pyramids of Giza and Saqqara, the ancient necropolis.

Modern day Cairo is also quite vibrant and is a central location for art and commerce in the world.

It has a booming film and music industry and is home to Al-Azhar University, the second-oldest university in existence.

The city has a population of about nine million people and it is known as one of the fifteen busiest cities in the world.

This, of course, means there are lots of things to see and do in the city. Visitors to Cairo will get happily lost as they dive into the culture of Cairo.

The options abound from taking tours of ancient structures to visiting old museums and learning about the history of the great city.

Here are 10 things that cannot be missed in Cairo.

The Pyramids of Giza are three ancient pyramids that are located in the Giza Necropolis or the Giza Pyramid Complex in Egypt.

While modern-day cities and towns have relatively small lots allocated for use as burial grounds, the ancient Egyptians dedicated massive necropolises in honor of their dead.

Saqqara is an enormous and ancient necropolis in ancient Egypt that was used to bury the dead of the ancient capital, Memphis.

Ancient rumors say that the name of the Necropolis is a derivative of the Egyptian funerary god, Sokar.

A tour of Saqqara will take you through different pyramids and tombs, the oldest of them all being Djoser’s Step Pyramid, which was constructed in the Third Dynasty of Ancient Egypt.

While the people of the ancient capital had their dedicated necropolis, the royalty of Egypt kept their own private necropolis as well.

Dashur is one of such, situated about 40 km from Cairo.

This royal necropolis is famous for being home to many pyramids, two of the most popular being the Bent Pyramid and the Red Pyramid.

These two pyramids are known to be the oldest pyramids in Egypt; standing as precursors to the Pyramids of Giza.

Asides the pyramids to be found in Dashur, there are also smaller tombs dedicated to the royal women of the land.

Also known as the Museum of Egyptian Antiquities, the Egyptian Museum is one of the most important repositories of history in Egypt.

It was constructed in 1901 and the collection of antiquities from ancient Egypt which it holds is approximated to be a staggering 120,000 items.

Not all of these items are on display – many of them are kept in well-secured storerooms.

Some of the items contained in the Egyptian Museum include the  Gold Mask of Tutankhamun, which was made with 11 kg of gold, the monolithic statue of Amenhotep III and Tiye, and the Mummy mask of Wendjebauendjed.

While Egypt is known for its ancient and polytheistic religions and rituals, it also has a long-standing relationship with the religion of Islam.

Islamic rulers reigned in Egypt between the 13th and the 19th centuries and built many citadels across the nation.

One of these is the Citadel of Saladin, a medieval fortification built in Cairo during the Ottoman era.

Situated near Cairo’s center on the prominence of Mokattam hills, it overlooks the city and creates an impressive picture in the skyline.

Where it was once a military base, the citadel is now predominantly a well preserved historical site.

During the period of Ottoman reign in Egypt, there were many mosques built within the military fortifications.

Inside the Citadel of Saladin sits one of the grandest of them all – the Alabaster Mosque, built by the Ottoman governor of Egypt, Muhammad Ali Pasha.

Built in the early 19th century, it is said that the Ottoman governor had the mosque constructed in honor of his late son.

Visitors to the mosque will be attracted to different structures within the mosque like its courtyard and clock tower, the intricate artwork on the interior of the domes, and the minbar of the mosque.

There are many markets, aka “souq” within Cairo. Khan el-Khalili is one of the major souqs of Cairo and is located in the bazaar district, at the center of the city.

The site where the Khan el Khalili is located was originally a part of the great Great Fatimid Palace and was converted in the late 1300s.

The souq is occupied today by local merchants who sell items for foreigners like souvenirs and jewelry.

There are also a number of restaurants, coffee shops, and street food vendors from whom local Egyptian street treats can be purchased.

The Cairo Tower is located close to downtown Cairo and is the second most popular landmark in Egypt, coming in behind the Giza Pyramids.

Sometimes referred to as Burj Al-Qāhira, this free-standing tower is made of concrete and reaches 614 feet, making it the tallest structure in Northern Africa.

It was built between 1954 and 1961 and commissioned by the Egyptian President, Gamal Abdel Nasser.

Its design is meant to reflect that of the pharaonic lotus plant, which is one of Egypt’s main symbols.

At the top of the tower sits an exquisite observation deck and a restaurant that rotates.

Saint Virgin Mary’s Coptic Orthodox Church is one of Egypt’s oldest churches and has a long history of collecting various nicknames.

The most famous is “The Hanging Church”. It is called this because its nave hangs over a passage.

It is also known as “The Staircase Church” as it was built with twenty-nine steps leading up to its entrance.

As with most 19th century churches, it comes with twin bell towers as well as a number of small courtyards.

Within the church, there is a lot of artwork visible in and on the walls and the details of things like the marble pulpit and vaulted roof are breathtaking.

Located in the heart of Cairo, Al Azhar Park is a public park and one of the most beautiful public spaces in the world.

It was built as a gift to the city from one of the wealthy descendants of the city’s founder – Fatimid Imam-Caliphs.

The park is densely populated with rich vegetation and is fondly referred to as the green lung of the city.

There are lots of places to simply sit and relax and enjoy the cool air as the shade of the trees keeps out the harsh sun.

Recommended: When is the Best Time to Visit Egypt?