Retired Life: The Pros and Cons of Retiring in Merida, Mexico 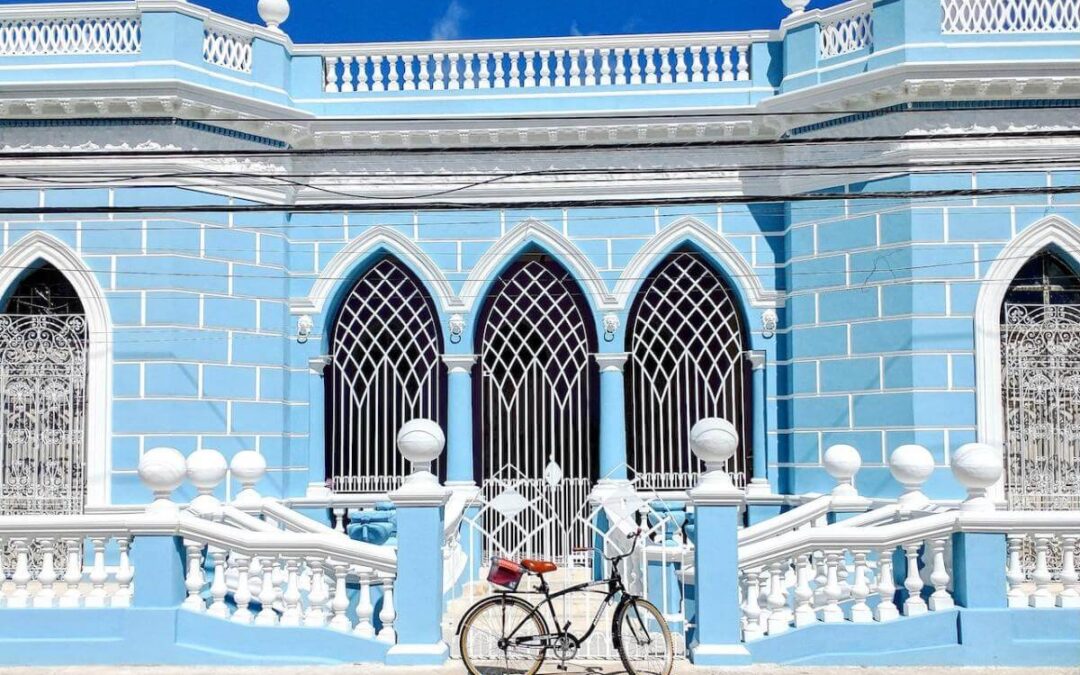 Merida, the 12th largest city in Mexico and capital of the Yucatan state, attracts expats and retirees with its ease of access from the United States and Canada, its rich culture and traditions as well as the overall quality of life that can be found there.

Retirees planning to move to Mexico are met with a vibrant and close-knit community in Merida. It’s a place that checks off a lot of boxes for people when it comes to weather, quality of life and more importantly cost of living in Merida, Mexico.

There’s always something going on in Merida as the city hosts some of the most iconic cultural festivals such as Merida Fest, Carnaval and Feria Yucatán Xmatkuil.

Residents also enjoy access to some of Mexico’s most pristine, secluded beaches, colonial sites, and Mayan ruins within a short drive.

Merida is one of the best destinations to immerse in Mayan culture, eat some of the most authentic Mexican food and enjoy easy access to the best tourist attractions in the region.

Merida is well-connected by land and air, and the Merida Airport (MID) offers limited direct flights to several US cities, including Miami and Houston.

Read on to explore the pros and cons of retiring in Merida so you can make a well-informed decision for your future.

Pros of Retiring in Merida

Merida invites retirees and seniors to carve out a rewarding lifestyle with abundant opportunities to stay active and immerse in the city’s old-world charm and traditions.

Merida has been voted one of the safest cities in North America, and this low crime destination attracts retirees eager to host their families and grandchildren during the holidays.

The city’s crime control and safety measures are quite impressive, and residents enjoy strolling through the cobblestone streets at all hours of the day and night.

Merida is considered the safest city to reside in Mexico, and the close-knit community offers a family-friendly environment to retirees seeking peace and tranquility.

People who love exploring multicultural cuisine and delighting their taste buds with diverse Mexican flavors are bound to fall in love with Merida.

It would not be an exaggeration to call Merida a food lover’s paradise for the city is brimming with street hawkers, cafes and fine dining venues serving traditional and continental offerings.

Merida is one of the best destinations in Mexico to experience traditional Yucatecan food. There are also a wide variety of restaurants specializing in American, French, Japanese and Italian cuisine.

Residents enjoy communal feasts and festivals, and Sundays in Merida are all about the cochinita pibil – a Yucatecan rendition of slow-cooked pork.

The city is brimming with outdoor markets selling locally farmed produce and meats, and the variety of cheese, fruits and vegetables is bound to delight culinary enthusiasts.

Merida is a great option for retirees seeking to surround themselves with a rich culture, deep-rooted in ancient traditions and a heartwarming community.

The city has strong Mayan and Spanish roots, and the cultural fabric is charmingly diverse. Meridianos are a proud lot who love sharing their art, culture, food and history with visitors and newcomers.

Merida is home to a diverse array of cultural sites, ancient ruins, art galleries, theaters and festivals that keep residents busy with a whirlwind of social events and gatherings.

The Plaza Grande is the center of all cultural activity in Merida, inviting residents to attend cultural showcases, festivals and events every weekend.

Residents and travelers seeking to really explore the local culture and heritage of the Yucatan should consider taking one of the many tours on offer.

Some of the best tours in Merida include cooking classes, food tours, day trips to Chichen Itza, Izamal, Uxmal, hidden cenotes and more.

In recent years, Merida has witnessed an influx of expats, digital nomads and retirees relocating the city to reinvent themselves and their lifestyles.

The city offers a modern infrastructure with access to high-quality healthcare and dental facilities, an international airport, public and private transportation, high-speed internet and easy access to beautiful beaches — all within an hours drive from Merida.

Access to healthcare is a crucial need for retirees and seniors struggling with multiple acute and chronic illnesses.

The city supports a modern lifestyle with a wide host of contemporary facilities, including a well-funded education system, supermarkets and entertainment venues.

Cons of Retiring in Merida

It is interesting to note that there are not many downsides to retiring in Merida for this well-managed city provides a wide host of comforts with unmatched natural beauty.

However, the climate and rising costs of living are two downsides worth exploring before relocating to Merida.

1. The Summers are Long and HOT

Summer is the longest and hottest season in Merida, and even locals dread the humid and hot, tropical weather.

Like all tropical cities, Merida’s daytime temperature hovers above 90°F (30°C), making it challenging for residents to enjoy the outdoors.

The months from May to September are the hottest, and the temperatures soar higher when the humidity spells begin.

The summer nights aren’t much different from the day, as the temperature drop is very insignificant, and residents typically rely on air conditioning to cool off.

However, the hot and humid climate is not a downside that one cannot ignore, because the city is brimming with beaches where one can beat the humidity with a dip in the ocean.

Local Yucatan communities prefer living without air conditioning and prefer sleeping in hammocks instead of beds.

Most expats and retirees avoid the heat by staying indoors during the day and rent properties with swimming pools to stay cool throughout the summer.

Inflation is a global phenomenon and Merida, like other cities worldwide, is certainly not immune to its economic implications.

The cost of living in Merida is rising, albeit at a significantly slower rate than in other cities across North America.

As more and more people relocate to Merida from the United States, South America and Europe, the costs of living and renting have increased steadily.

However, it is important to note that it’s easier to design an affordable and wholesome lifestyle in Merida if one is willing to follow the example of the traditional Yucatan communities.

Life in Merida is slow and soulful, revolving around the city’s spellbinding colonial architecture, historic charm and rich influence of Mayan, Spanish and Yucatan culture.

Retirees will genuinely love the local community and enjoy an active lifestyle with an action-packed social calendar.